Home In the U.S. The final debate between Trump and Biden: where and how to look in Russian

Joe Biden and Donald Trump will debate for the second and final time on Thursday evening, October 22, in Nashville, writes Wired. 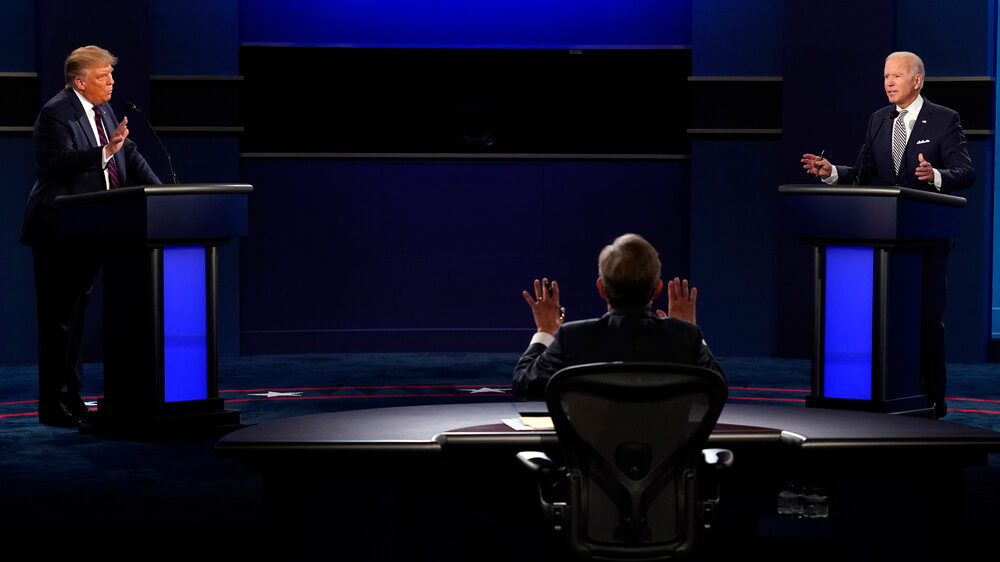 Donald Trump and Joe Biden will meet in the final presidential debate on Thursday evening, October 22. It was originally planned that at this time will be the third debate of candidates for the 2020 election season. But soon after the first, the American president was diagnosed with COVID-19 and the White House became a hot zone. There was a proposal to make the next debate virtual, but the Trump team did not like it, so the plans were changed.

With only two weeks left until election day, Biden leads the country in polls. Both the candidates and the Debate Panel have reached sufficient agreement to proceed with the second - and final - debate.

Everything will begin at 21:00 pm ET (18:00 pm PT) and will be streamed live from Belmont University, a private Christian university in Nashville, Tennessee. The commission assured everyone that the event will be held "in accordance with all the necessary requirements: testing, mask mode, social distancing and other protocols."

The debate will be held in six 15-minute segments, each of which will focus on a different topic chosen by the moderator, Karen Welker of NBC: “Coping with COVID-19,” “American Families,” “Race in the USA,” “Climate Change,” “ National Security ”and“ Leadership ”. In general, the debate will last 90 minutes without a break for advertising.

On the subject: The final debate between Trump and Biden: what the US presidential candidates will talk about

Let's remember the rules of debate. Each candidate should be given two minutes of continuous introductory remarks in each segment before things go into “open discussion”. The Commission announced that it "will ensure that additional tools are available to keep order in the remaining debates."

This tool could be the “Mute” button strategically used for specific parts of the debate. While one candidate is giving his first two-minute response, his opponent's microphone will be muted. In all other cases, both microphones will work. The mute option will be in the hands of the commission's film crew, not Welker.

Where and how to see

The final debate will air on all major networks and cable news programs including ABC, CBS, CNN, C-SPAN, FOX, NBC, PBS, Telemundo, and Univision. If you have cable or satellite TV or live broadcasting service, make your choice.

Most networks have streaming apps from major providers: Apple TV, Roku, Amazon Fire TV, Android TV, Xbox One, and so on. Many also broadcast the debate from their websites and various social media platforms. For example, broadcasting PBS on YouTube.

If you prefer to just listen to the debate, you can do it on NPR - it can be found on your local station or through the NPR One app.

This is the last debate until election day, which is less than two weeks away. Millions of Americans have already fulfilled their will. Whether you vote by mail or in person, the time has come when every American's voice will be heard. Unless his microphone is muted.

debate in the USA