In New York, hundreds of complaints about the status of subway cars contaminated with human waste, food debris and other garbage have been recorded. 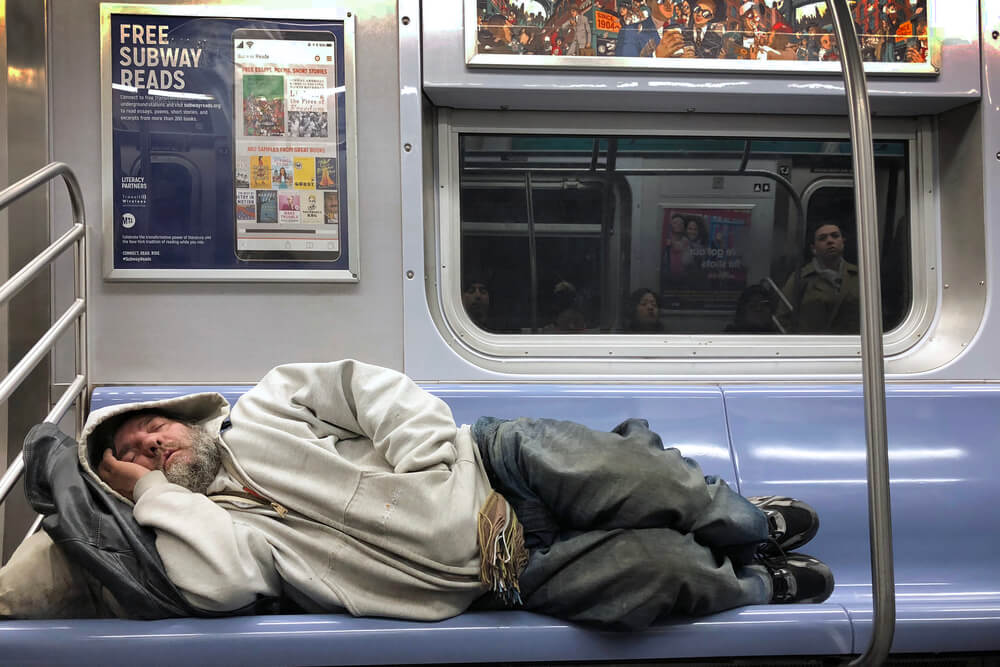 Line F (Brooklyn Queens) is one of the dirtiest in the city's subway system, with more than 120 complaints this year about dirty train cars, including dozens of faecal complaints, according to NYCTD filings obtained The Post.

On the subject: What you need to know about the metro in New York

The list of issues includes more than 30 reports of human waste and more than 25 cases of vomiting in wagons.

“The passenger was throwing feces on the carriage”, — says one of the March complaints.

“A homeless man in a wheelchair defecated in three carriages,” — says another complaint for the same month.

The agency received several complaints about a man in a wheelchair defecating in the subway. It is unclear whether all these complaints refer to the same person or to different people. However, these incidents speak of a growing crisis of homelessness affecting the metro system.

"A sick homeless man covered in insects," — It was said in one of the April complaints.

On the subject: 40 Free Entertainment in New York

“The client spoils the carriage, throws food and debris all over the seats, walls and floors”, — one of the metro passengers complained in January.

The Brooklyn Queens line is the dirtiest in the New York subway, but other lines also often cause passenger complaints. At the end of August, 1 623 complaints of contaminated subway cars throughout the MTA system were registered this year. Behind Throughout 2018, the number of complaints was 2058, in 2017 - 1504.

At the same time, the city’s transport department insists that the increase in the number of complaints does not indicate a deterioration in the metro, but rather an increase in passenger vigilance and better reporting by the agency.

ForumDaily previously reported that MTA working trains emit so much diesel that metro platforms contain twice as much carbon diesel pollution as air above ground. Study showed that a trip to the New York subway may increase the risk of getting cancer.

"You have culture, but we have nature": what struck the Russian journalist in America

Opinion: why raising the minimum wage in New York will not improve the well-being of residents

10 is the best for living American cities