The day after his 29th birthday in May of this year, Olalekan Jacob Ponle posted his photo on Instagram against the bright yellow Lamborghini in Dubai, writes Air force. 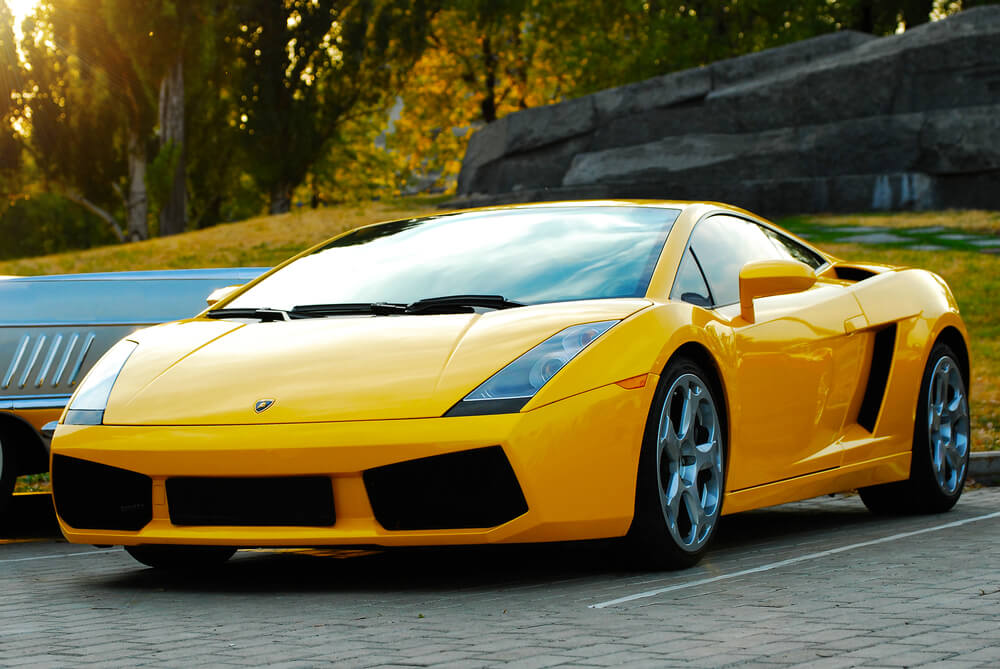 “Don't let people make you feel guilty about the wealth you've made for yourself,” Ponle instructs his followers, clad in Gucci from head to toe.

One month after the post was posted, a Dubai citizen on suspicion of cyber fraud and money laundering arrested a Nigerian citizen known on Instagram as mrwoodbery.

Ponle was among 12 Africans detained during a police operation. The most famous of them was the 37-year-old Ramon Olorunva Abbas, who is also the instagrammer hushpuppi with 2,4 million subscribers.

Police confiscated $ 40 million in cash, 13 luxury cars worth $ 6,8 million, 21 computers, 47 smartphones, and the addresses of about two million alleged victims of fraudulent operations.

Both Abbas and Ponle were extradited to the United States. A Chicago court charged them with conspiracy to commit online fraud and laundering hundreds of millions of dollars misappropriated as a result of cybercrime.

Both of them expect the opportunity to plead or refute their guilt and so far are considered innocent until the court pleads guilty.

“I think there’s a certain amount of arrogance in this - they believe they are being cautious about their online anonymity, but they also live in grand style and are so frivolous on social media,” said Glen Donath, a former senior US Attorney's Office in Washington. 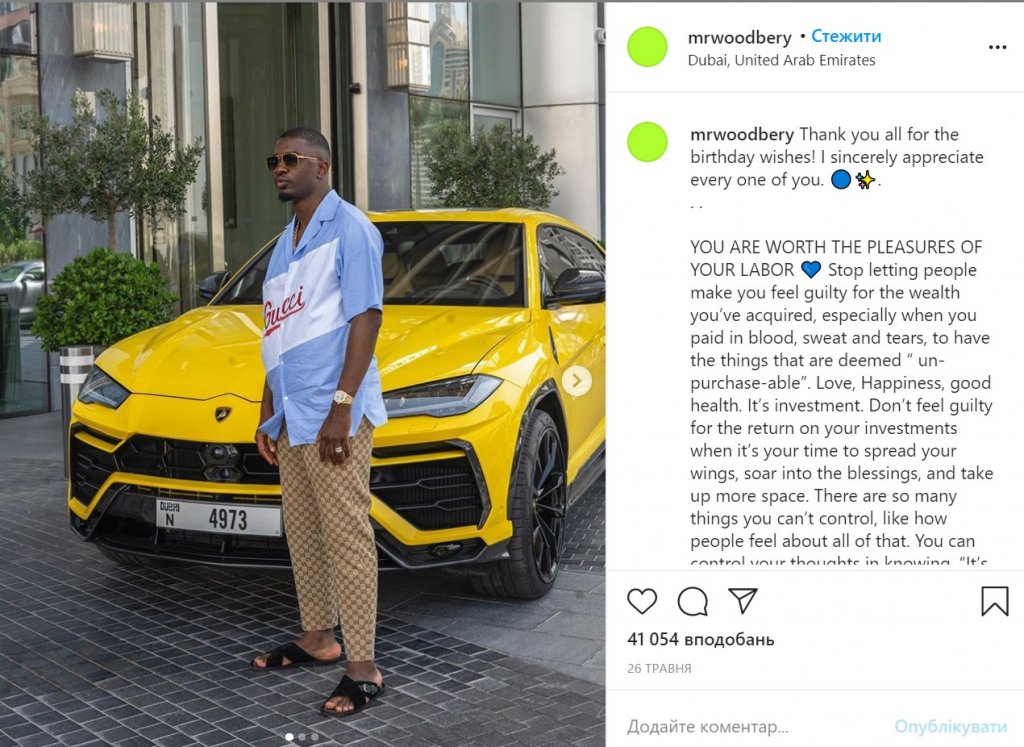 The arrest was a magical failure for these two men, who until recently documented their luxurious lifestyle on social networks with enthusiasm. These posts raised questions about the sources of their wealth.

Without realizing it, Abbas and Ponle provided information to the US investigators about who they are and what they are doing with their posts on social networks.

They are accused of posing as employees of various American companies. They sent letters to corporate email addresses and tricked the recipients of these letters into sending millions of dollars to their personal accounts.

On his Instagram page, user hushpuppi claims to be in the construction business, and among his photos and videos he has a folder called Flexing, a slang term for “showing off” and “flaunting”.

However, instead of real estate, profit was brought to him by bank accounts, which received proceeds from a fraudulent scheme, investigators believe.

“We in Nigeria need to rethink our value system - especially the emphasis we place on wealth, no matter how it is achieved,” economist Ebuka Emebina told the BBC. “In our culture, people are confident that your successes speak for themselves. And the process of achieving them is not so important. This trend has been growing for a long time. ”

On the subject: Catch me if you can: the biggest scam in history

In April, hushpuppi extended the lease of its exclusive apartments at the Palazzo Versace luxury complex for another year using its real name and telephone number.

“Thank you, Lord, for all these benefits in my life. I continue to shame those who are just waiting to embarrass me, ”he captioned the photo on Instagram just two weeks before his arrest.

“Abbas funds his luxurious lifestyle with criminal activities. He is one of the leaders of an international network of computer intrusion, fraud and money laundering targeting victims around the world through schemes designed to steal millions of dollars, ”the FBI affidavit said.

In one of the cases, a financial institution allegedly lost $ 14,7 million - it became the victim of a fraud, as a result of which money ended up in hushpuppi's accounts in different countries. 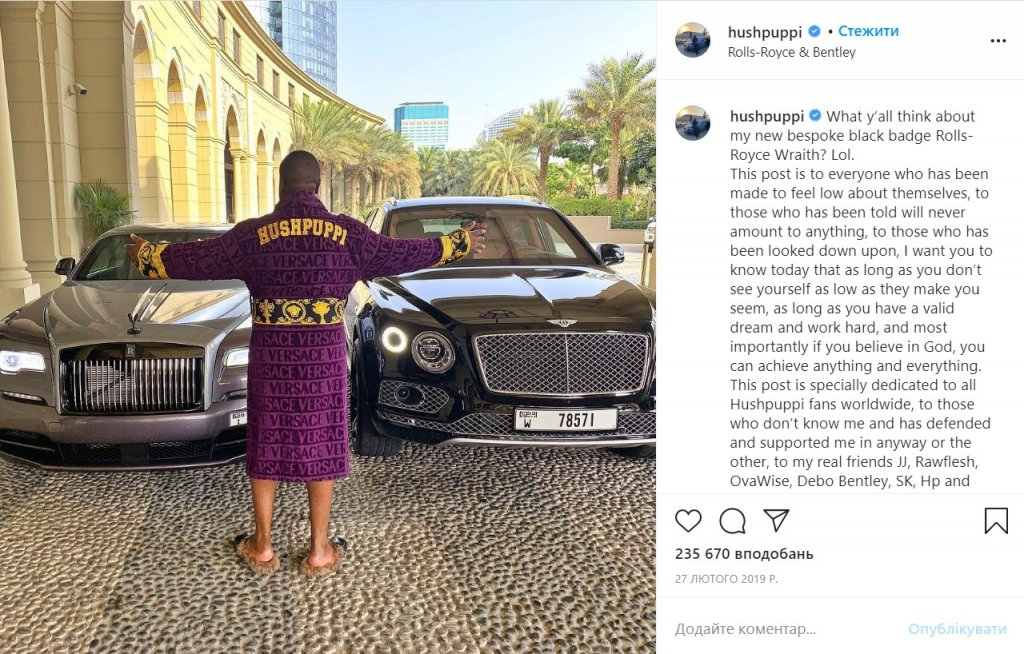 In its testimony, the FBI also mentions a scheme aimed at stealing $ 124 million from an unnamed English Premier League team.

The FBI has gained access to hushpuppi accounts on Google, Apple iCloud and social networks. According to investigators, they found bank and passport data, as well as correspondence with other participants in fraudulent schemes and confirmation of electronic transfers.

About 90% of corporate email fraud schemes lead to West Africa, according to a study by US-based email security company Agari.

The allegations against Abbas and Ponle describe a tactic that Agari experts call “supplier email compromise.” Fraudsters gain access to an electronic mailbox and study letters between the consumer and the supplier.

“Attackers then compose emails to the consumer to resemble emails from the supplier, indicate that the supplier has changed bank account, provide“ new bank details, ”at which point the money disappears,” adds Hassold.

On the subject: Stole more than $ 100 million: a teenager from New York turned out a cryptocurrency scam

Ponle, known on social networks as mrwoodberry, used an email with the name Mark Kane, the FBI said.

He is accused of extorting $ 15,2 million from a Chicago-based company. Among the victims are companies in Iowa, Kansas, Michigan, New York and California.

The money trail, according to the prosecution, disappears after Ponle's accomplices transfer money to the Bitcoin cryptocurrency.

Email fraud has spread so widely around the world and is so strongly associated with Nigeria that the people involved in it have come to be called Yahoo guys. 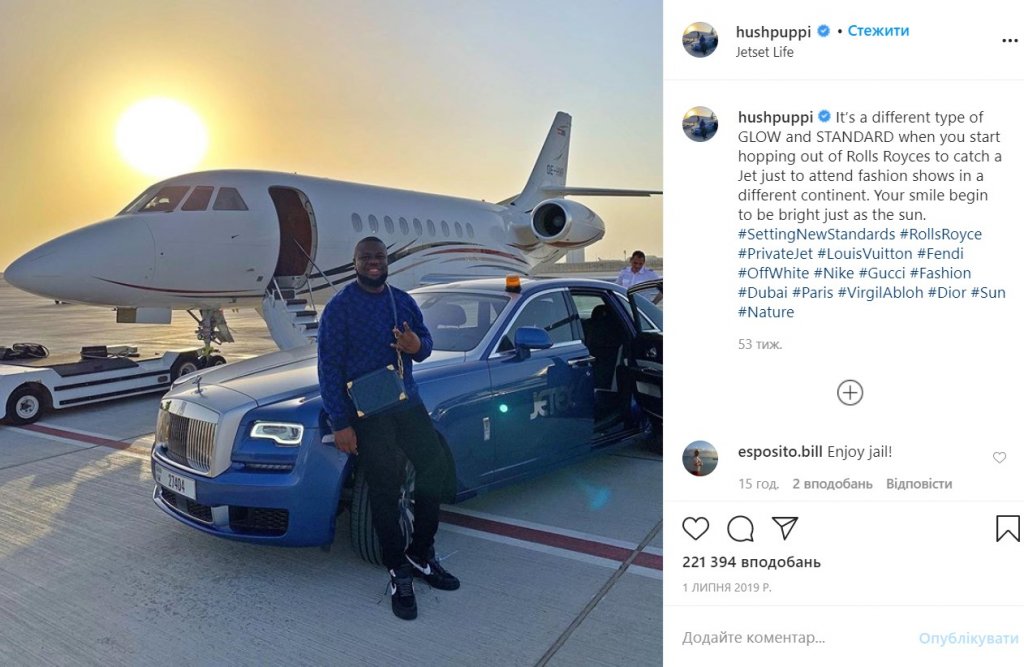 They are either trying to convince the consumer to transfer money to the other side of the world, or they are engaged in “phishing” - theft of personal data of an Internet user for the purpose of fraud.

The FBI also warns about the so-called Nigerian letters - this is one of the most common types of fraud, which has been assigned the code "419". They come to emails asking for financial support to the sender for the subsequent large reward to the recipient.

Last year, the U.S. Treasury Department added six Nigerians to the 79 most wanted list of cybercriminals and organizations. The department’s specialists accuse them of stealing more than $ 6 million from American citizens through fraudulent schemes similar to the so-called Nigerian letters. ”

Most of the fraudsters remain at large, and in prison there is a small fraction of the attackers.

If Abbas and Ponle are found guilty, they face up to 20 years in prison.