The Federal Court of Appeals for the Ninth Circuit on Wednesday, December 2, ruled against the controversial US President Donald Trump administration's "public burden" rule. Critics of the rule have argued that it has a deterrent effect, and immigrants do not seek medical help, so as not to become a "burden on society" and not be deprived of the right to the green card. Writes about it CNN. 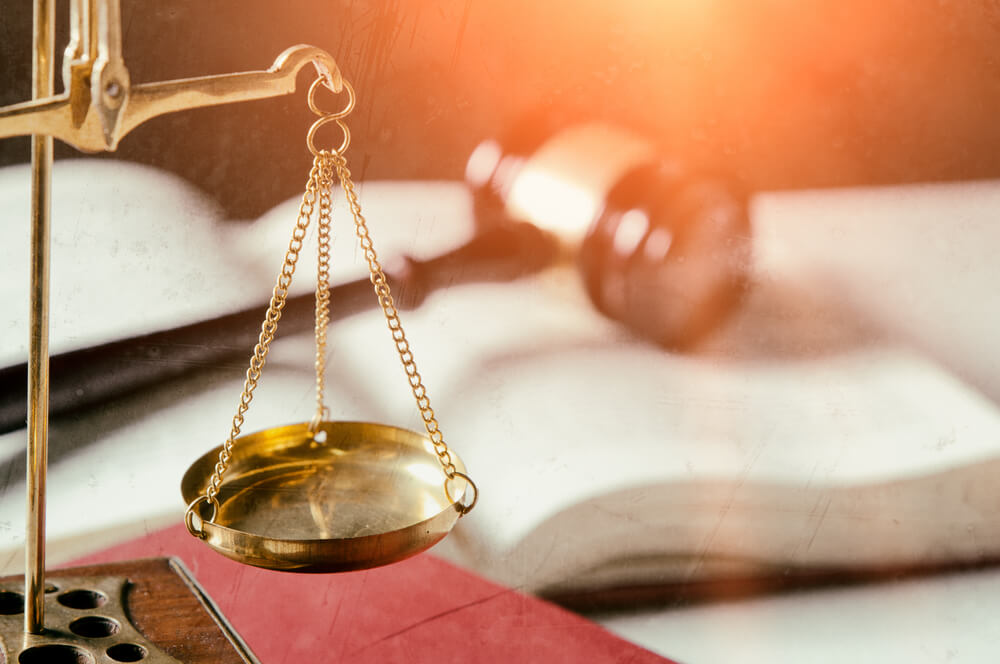 This rule is makes it difficult for immigrants to obtain legal status if they use public benefits such as Medicaid, food stamps, and housing vouchers. It immediately met with resistance and was subsequently blocked by the court immediately after its introduction.

In a December 2 ruling, the court concluded that the rule is damaging the states financially and does not contribute to the self-sufficiency of immigrants, the administration said.

“Considering the US Department of Homeland Security (DHS) assertion that the overall goal of the law is to promote the self-reliance of immigrants, the panel concluded that providing access to better health care, nutrition and complementary housing benefits is in line with that goal,” she wrote Judge Mary M. Schroeder.

The “public burden” rule spread to courts across the country, eventually reaching the Supreme Court, which allowed it to be applied nationwide in early 2020.

On the subject: Three ways to determine a person's immigration status in the United States

While this decision remains in effect, the order has continued to be pending before a federal appeals court since then. In August, the Second US District Court of Appeals blocked this rule in three states - Connecticut, New York and Vermont. The government's motion to suspend the law was later granted, allowing the administration to begin implementing the rule.

US Citizenship and Immigration Services (USCIS) spokesman Dan Hetlage said that "USCIS is currently reviewing a ruling issued by the US Court of Appeals and has no other comments to provide."

The court narrowed down the nationwide injunction imposed by the lower court, stating that "the same issues concerning its validity have been discussed and considered in several federal and district courts." The decision applies to the Ninth District and other jurisdictions involved in cases, including Maine, Oregon, Pennsylvania, and the District of Columbia, according to the California attorney general's office.

“As we continue to face an unprecedented economic and public health crisis, forcing hardworking families to choose between basic necessities and maintaining their immigration status is inhuman,” California Attorney General Xavier Becerra said in a statement. “An attack on healthcare even in one community is an attack on all of us. Today's victory is critical, but the struggle is not over yet. We will not let the Trump administration's attacks on our immigrant communities go unnoticed. ”

A federal court ruled that the administration broke the law when it published ava regulations restricting the issuance of H-1B visas... Plaintiffs - companies and universities led by the US Chamber of Commerce - argued that economic data, lengthy administration delays and other factors showed Trump officials had no "good reason" to bypass standard procedures. Forbes.

“The court concludes that the plaintiffs are entitled to a ruling in their favor in the first two claims for damages, and the court overturns the rules on the grounds that they were made public in violation of the law,” US District Judge Jeffrey C. White wrote in a ruling of December 1, 2020

What does the judge's decision mean? First, the opinion is country-wide and not limited to one geographic region or group of plaintiffs, said Paul Hughes, lead counsel for plaintiffs.

Secondly, the decision was made by way of summary procedure. “This means that we have a final decision overturning those two rules, and the Department of Homeland Security (DHS) and Department of Labor (DOL) rules have now been completely reversed by order of Judge White,” Hughes explained. He noted that the administration can appeal or ask for an adjournment, but he is confident in the "strength of the decision."

He and others will oversee the Department of Labor deciding wages for H-1B visa holders and employed immigrants. Companies have been required to use the much higher wage requirements contained in the DOL ordinance since its release. Greg Siskind expects the Department of Labor to quickly switch to the previous wage determination requirements in place prior to the new rule.

The DOL rule went into effect on October 8, 2020, and the DHS rule was supposed to go into effect on December 7, 2020. Judge White's decision overrides both rules.

During the November 23 hearing, Paul Hughes said of the rules: "We think this is a clear attempt to destroy the H-1B program." In their statements, company executives and university staff said the DHS rule would force data scientists, software engineers, medical personnel, and others to leave the United States. Many international students are not covered by the DHS regulation or will be excluded from the labor market under the DOL regulation.

“Plaintiffs argue that the court must consider how the COVID-19 pandemic is affecting unemployment, the jobs occupied by H-1B employees, and argues that the analysis of the defendants is too broad,” Judge White wrote in his decision. “The Court considers that the excuse for good reason should be construed narrowly and in light of this standard, the Court concludes that it is appropriate to focus on how the pandemic affects internal unemployment for the types of positions occupied by H-1B workers.”

On the subject: How to get illegal immigration status in the USA: all the ways

Hughes argued at the hearing that DHS and DOL were unable in their rules to link the H-1B visa category to economic problems related to the coronavirus. He cited an analysis by the National Endowment for American Policy (NFAP) that showed: “The US unemployment rate for those in the computer profession was 3,5% in September 2020 - unchanged from the 3% unemployment rate in January 2020. th ".

Judge White wrote: "The pandemic-related unemployment statistics presented continue to indicate that unemployment is concentrated in the service sector, and a large number of vacancies remain in the areas most affected by the rules: computer operations requiring highly skilled workers." During his talk, Hughes pointed to an NFAP analysis that found over 655 active job postings in the computer profession in the United States as of October 000, 2.

Another argument that Hughes made in the documents, and during the hearing on November 23, the judge found convincing: the administration's long delay in publishing the rules refutes claims that the two rules were issued to address an emergency. “Plaintiffs argue that Defendants unreasonably delayed taking action and lost the ability to rely on a valid exclusion,” Justice White wrote. “Although both departments cited“ skyrocketing ”and“ widespread ”unemployment as a basis for determining the need for“ immediate ”action. They haven't done it for over six months. "

Judge White noted that “something like a DHS rule has been on the DHS agenda since 2017.” He also noted that the administration had previously announced that the Department of Labor would "adjust the wage scale" for H-1B visa holders during a briefing in April 2017. The judge confirmed the plaintiffs' argument in another area: the administration “issued a series of proposed rules not related to the COVID-19 pandemic” between March and October 2020.

On the subject: Receiving benefits is no longer an obstacle to immigration and citizenship: court decision

In his opinion, he cited another area in which the statements and actions of the administration did not coincide: “The Court also considers it important that although each rule allows for comments after publication, the Defendants did not suggest in the rules (or in oral arguments) that they would be provisional until "the emergency is alleviated."

The decision has far-reaching implications, the most important of which may be its impact on the future administration. Analysts note that the Trump administration has been hostile to highly skilled immigration for the past four years. Failure to make these H-1B rules permanent means that future administrations will find it much easier to adopt more neutral or even benevolent policies towards highly qualified foreign nationals, including international students.