Home At home I was driving under constant bombing: a Ukrainian on a bicycle escaped from a blocked city

I was driving under constant bombing: a Ukrainian on a bicycle escaped from a blocked city

45-year-old Ukrainian Arif Bagirov fled from the "new Mariupol" Severodonetsk after a shell hit the apartment under him, which miraculously did not explode, reports Dailymail. 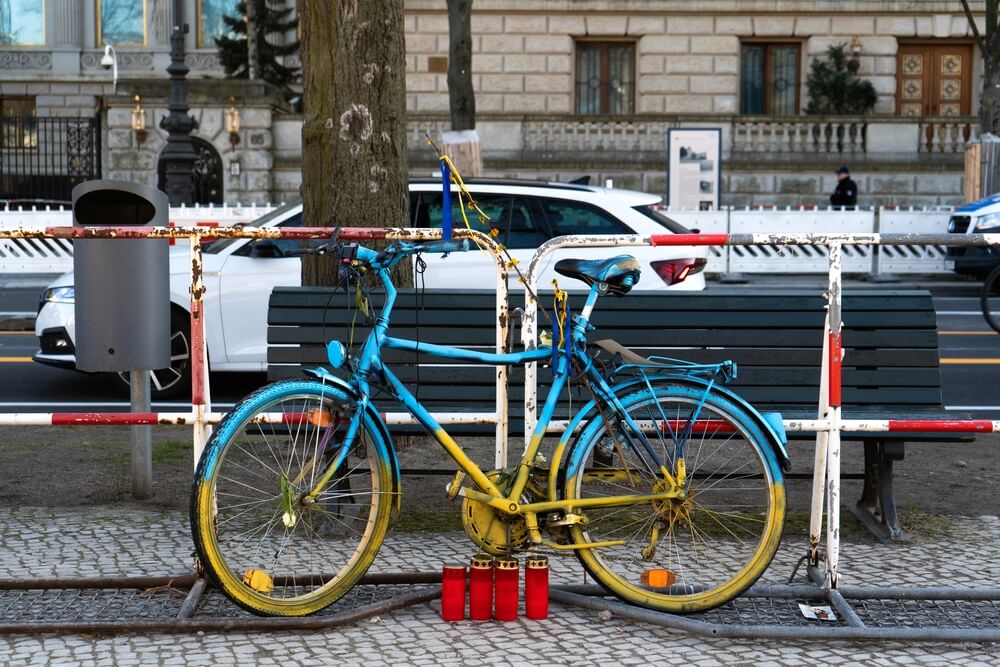 The Kremlin will gain control of Luhansk in the key Donbass region if Severodonetsk falls. The city bears the brunt of the Russian attacks in the east.

The region's governor says Putin has sent in an "insane" amount of troops and wants to "wipe the city off the face of the earth."

Baghirov pedaled for seven hours, escaping from horrors, dodging flying projectiles and hiding from Russian aircraft. In the end, the media manager reached Bakhmut, from where he took a bus to the relatively safe Dnieper.

On the subject: Couldn't live there anymore: Russian journalist fled the country due to censorship

Baghirov said: “I have been in the saddle for 11 years, so 80 km is nothing for me, but it was the craziest bike race of my life. Some roads were completely destroyed. I drove past exploding shells in the ground. Bicycling gives me much more mobility – it would be impossible with a car.”

Incredibly, Bagirov waited to see where the Russian shells had landed and then rode right past them on his bike. “From my experience in Severodonetsk, I realized that they do not hit the same target twice,” he said.

“I knew that if they shelled the plant five minutes ago, they would not shell it again. I watched where the shells would fall and drove there - it was the safest way. I saw explosions around me, from shelling and from air strikes. I had to stop the bike and hide when enemy planes flew at me. If I heard a projectile, I got off my bike and looked for cover until it landed,” Arif said.

Bagirov's wife and daughter fled the city before another attack began last week.

Russian troops have entered the nearby town of Liman and there are fears that they are using it as a springboard for a ground offensive against Severodonetsk. Baghirov said: “The situation in Severodonetsk is desperate and getting worse every day. Only one bridge remains. If they blow up this bridge, the city will be completely besieged. It's like Mariupol. It is shelled almost every hour, so it is impossible to take out the bodies of the dead.”

Police waited for more than an hour under the door of the class where the shooting took place: the details of the massacre at a Texas school are alarming

'I'm tired': a resident of the Russian village on the border with Ukraine recorded a video message to Putin