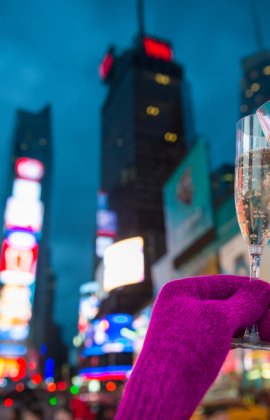 Interestingly, the tradition began in the 1907 year and was invented in the newspaper The New York Times. Then the design of the ball consisted of metal, wood and incandescent lamps. Now use crystal panels and thousands of LEDs.

If you want to watch the action in person, you need to book your seats in advance. Admission only upon presentation of proof of vaccination.

Subscribe to ForumDaily on Google News
all events in new york
167 requests in 2,765 seconds.