Home Page In the U.S. Evacuation of dozens of houses and the threat of environmental disaster: a fire broke out in Illinois at a chemical plant

Evacuation of dozens of houses and the threat of environmental disaster: a fire broke out in Illinois at a chemical plant

Residents were ordered to leave their homes after Monday morning June 14 at the Chemtool Inc. a chemical fire breaks out in Rockton, Illinois. It is reported by CNN. 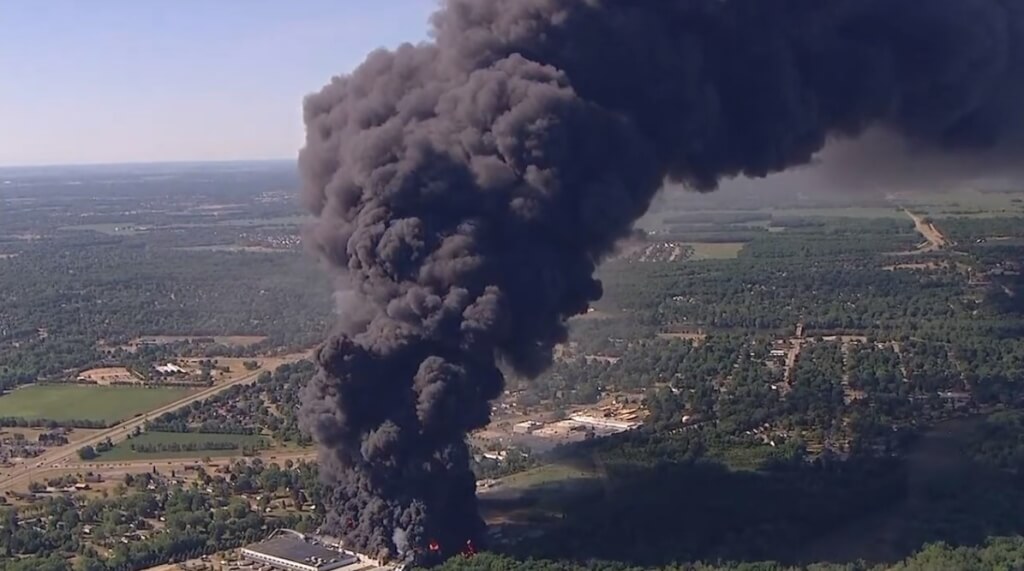 The city fire department has ordered the mandatory evacuation of all residents and businesses within a one mile (1,6 km) radius of the plant, police said on Twitter.

Rockton Fire Chief Kirk Wilson said the city hopes to avoid the "environmental nightmare" that could occur if any of Chemtool's oil-based lubricants hit the nearby Rock River, about 300 meters to the west.

Speaking at a press conference, Wilson said the building's water-based fire suppression systems have been shut down and are now allowing the product to "burn".

In addition to the product entering the Rock River, another problem is a large cloud of smoke moving south and southeast of the explosion site. Wilson said the city's hazard management team conducted an air quality analysis and determined that there is no deterioration in air quality at ground level at this time. 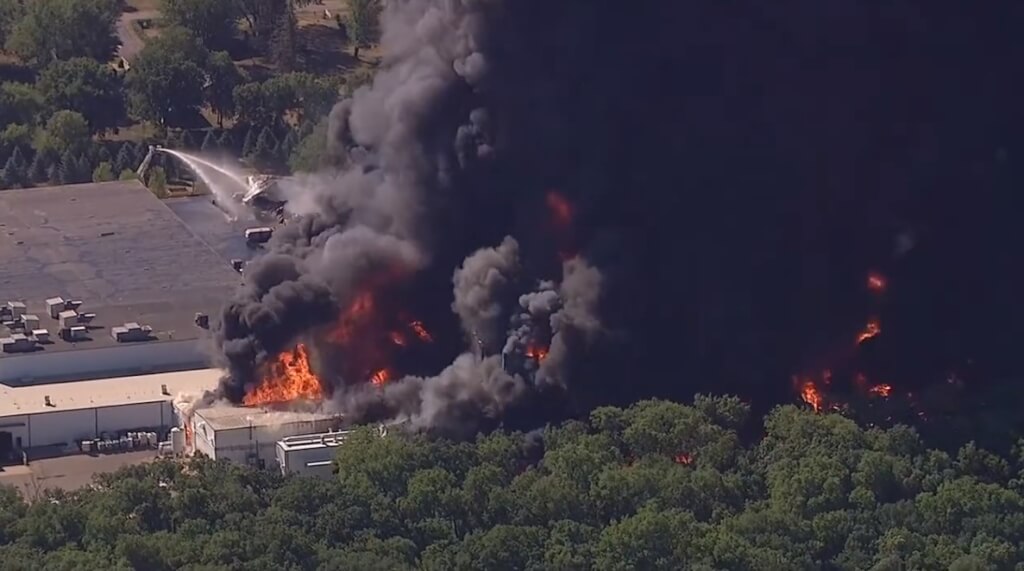 According to him, the evacuation is carried out within a radius of one mile from the explosion site as a "precautionary measure." About 150 houses are in the evacuation zone.

It is expected that the incineration of chemicals at the plant will last for several days. Now at the scene there are 40-45 agencies and 150-175 firefighters. The cause of the "catastrophic incident" has not been established, Wilson said.

On the subject: California faces a very active fire season: how to prepare

According to Wilson City officials, 70 factory employees were able to escape safely. When the fire brigades arrived, flames pierced the roof and clouds of smoke filled the sky.

#UPDATE: Drone footage from the fire at the Chemtool facility in Rockton. (Courtesy: Karl Hoffman) pic.twitter.com/nvctAGjOav

A CNN affiliate reported that one firefighter was injured. There were no other details.

"Fireworks of a decent size"

Residents of Rockton, near the Wisconsin border, reported hearing a series of explosions.

“My family and I live in the evacuation zone,” Thomas Rollett told CNN. “We heard explosions this morning and decided to check outside, maybe five minutes later, when our dogs weren't calm. By this time, the smoke was already filling the sky. "

He said the first explosion sounded "like someone lit a decent sized fireworks display."

“Only when there were louder and louder explosions, I even thought that something was happening. Seeing a wall of smoke outside, I only confirmed this assumption, and pretty soon the neighbors were told to evacuate, ”the man said. 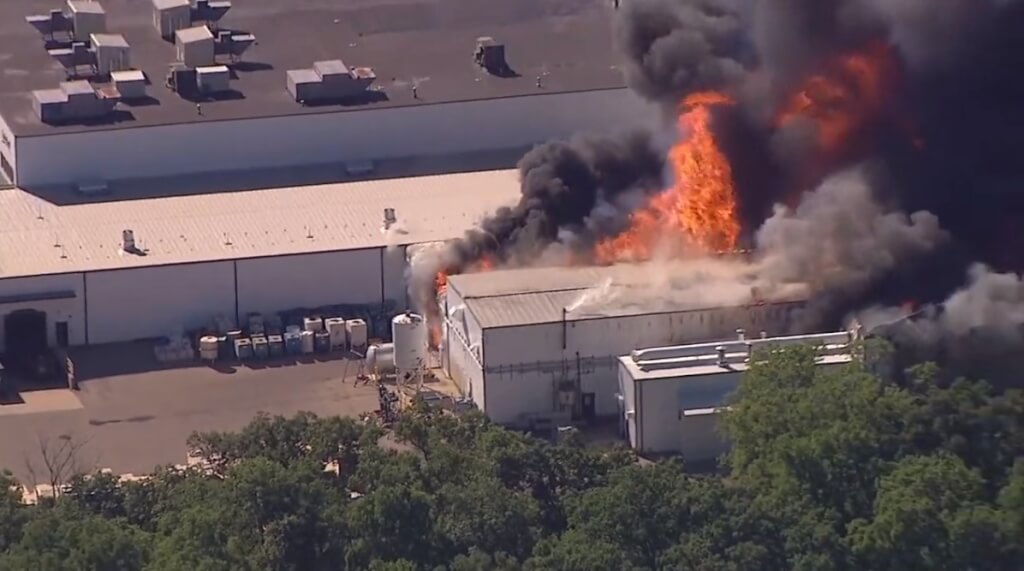 The company would like to thank those who came to the rescue.

The Lubrizol Corporation, which owns the facility, issued a statement saying all employees are safe.

“At approximately 7:XNUMX am today, local emergency personnel responded to a fire at the Chemtool Corporation Lubrizol Corporation in Rockton, Illinois. We have confirmed that everything is in place, safe and under control. Our concern now is the safety of all our employees and the surrounding community, ”the statement said.

“As a precaution, authorities evacuated residents within a one mile radius of the incident. We do not yet know what caused this incident, but we will work with local authorities and our own risk management team to determine what happened and identify any corrective actions. We'll share more details when we know it. We are grateful to our employees, first responders and security services who responded to this incident, ”the company said.

In Maryland, a smoking driver used a sanitizer in his car and almost died

California faces a very active fire season: how to prepare