Home Page In the U.S. 'It's disgusting': a hoodie with bullet holes and school logos caused a scandal

'It's disgusting': a hoodie with bullet holes and school logos caused a scandal

The American clothing manufacturer Bstroy was at the center of the scandal over the show of hoodies (hoodies), which are supposedly united by the idea of ​​mass shooting in schools. 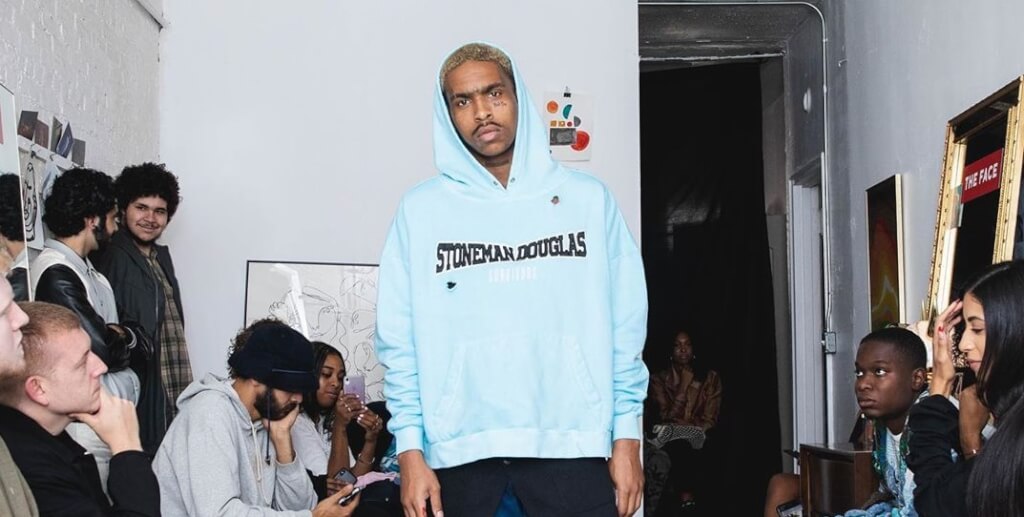 The men's collection, named by designers Brick Owens and Duay Kartose “2020”, was shown in New York. Models paraded the runway in suits and T-shirts, as well as sweatshirts with the logos of the four schools in which the mass shooting took place: Columbine, Virginia Polytechnic, Sandy Hook and Marjorie Stoneman Douglas.

The hoodie had bullet holes. Photos of the clothes that appeared on the brand's Instagram caused outrage among users of the social network.

“Schoolchildren from primary school were killed. What's wrong with you? " - wrote one of the users under the photo of the sweatshirt with the words "Sandy Hook".

They left their comments under the hoodie with the logo of Marjorie Stoneman Douglas and those who, according to them, went to the school when the shooting took place there.

“I got over it. It's disgusting that someone is trying to cash in on something so sad. You have no idea what it means to live every day with reminders everywhere of what happened, ”wrote one of the users.

“It left such a huge wound - not only in me, but in thousands of other people who have experienced gun violence. This is disgusting, ”he added.

Representative of a charity founded in honor of school teacher Victoria Soto, who was killed in Sandy Hook, wrote on Twitter: “This is absolutely terrible. The company for the sake of fashion is so light on the pain that we and others feel. Sell ​​hoodies with our name and bullet holes. Unthinkable. "

One of the founders of the brand said that he wanted to speak out about crimes with firearms and at the same time give strength to people who survived such tragedies. But the victims and their families now demand that the company stop producing this clothing line and apologize.

At the beginning of the year, Gucci fashion house got into the center of a racist sweater scandal, which has been criticized for resembling "blackface" - the black make-up of white actors portraying African Americans.

A $ 890 ski jumper covers the lower half of the face. And the red lip-shaped neckline, according to the designers, was supposed to lie on the real ones. A huge number of users of social networks found such clothes offensive.

Burberry was hit by a flurry of criticism from the British fashion house, who presented a hoodie with laces tied in a knot resembling a hangman’s knot at a London show. Critics saw in clothing a hint of suicide and a reference to the practice of lynching.

After the show, participating model Liz Kennedy lashed out at Burberry on Instagram. “Suicide is not a fashion,” the model wrote. “Riccardo Tisci and the people at Burberry, I don’t understand how you could put a bow on the catwalk with a gallows noose hanging from your neck.”

Americans buy bulletproof rucksacks for schoolchildren: can they protect during shooting

Opinion: why the ban on firearms will not stop the mass shootings in the United States