Home In the U.S. John Solomon: Joe Biden got the dismissal of the Prosecutor General of Ukraine when he investigated the corrupt actions of his son

John Solomon: Joe Biden got the dismissal of the Prosecutor General of Ukraine when he investigated the corrupt actions of his son

Last week was a difficult one for former Vice President Joe Biden. A number of shocking news filled the news space not only in the US, but also in Ukraine, where his son managed to succeed. Also not without women and the topic of harassment. 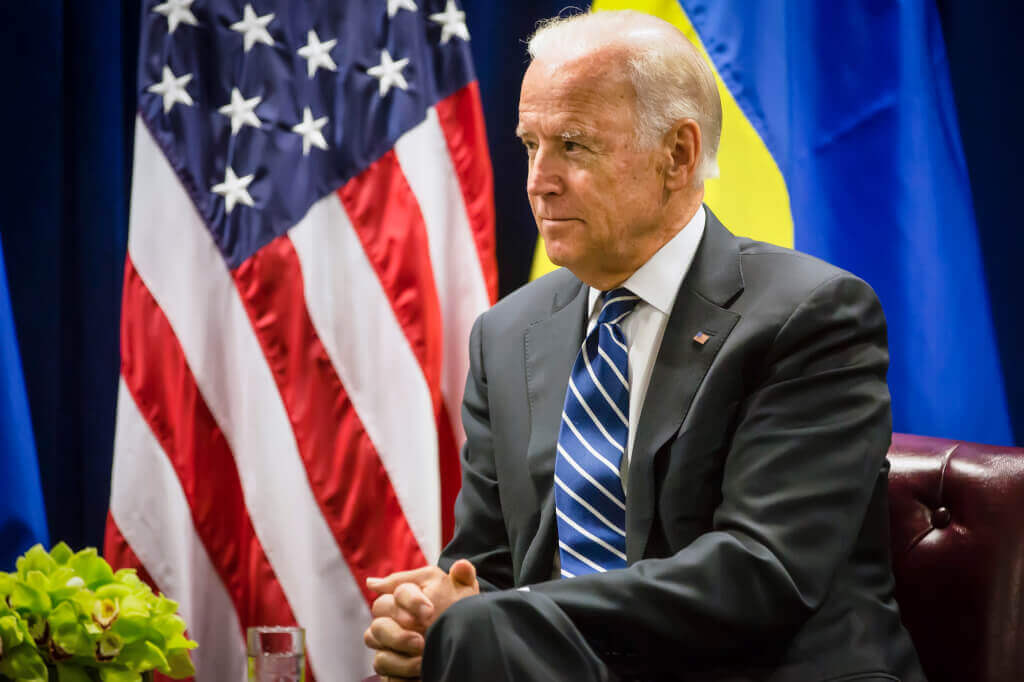 Fox News host Sean Henneti spoke with journalist John Solomon, who published in The Hill investigation results about the involvement of former US Vice President Joe Biden to corruption schemes and his direct blackmail of the Ukrainian authorities in 2016 year.

“Remember, when the deal on the transfer of Uranium One under the control of the Russian state corporation Rosatom came under investigation during Hillary Clinton’s work, Biden used his influence in Ukraine in order not to fall into a corruption scandal at the same time,” said Sean Henneti.

The journalist added that "Biden, the vice president of the most powerful country on earth, boasted to the camera that he fired the prosecutor."

“I said,“ You won't get a billion. I'm going to leave here in six hours. If the prosecutor is not fired, you will not get the money, ”Biden himself recalls, insisting that at that moment the situation posed a threat to President Barack Obama.

“He was fired and put someone who had a strong position at the time,” adds the former vice president (from March 29 to May 12, Yuri Sevruk temporarily performed duties, from May 9, Yury Lutsenko became general prosecutor - approx. ForumDaily).

"There is a little detail that we were not told," Henneti intrigues. - Who was that prosecutor, whose dismissal Biden demanded in exchange for a billion dollars? Research journalist John Solomon will tell you that. "

“At that moment, the Ukrainian authorities were preparing to interrogate Biden’s son about more than three million dollars that had been transferred from Ukraine to his US accounts,” the journalist says. “When Biden intervened and the attorney general was fired, the case was transferred to another agency, where it was quickly closed so that the investigation would never be continued.”

The dismissed prosecutor general led a large-scale investigation of corruption in the gas company Burisma Holdings, where one of the members of the board was Hunter Biden - The son of a former vice president.

Screen shot from the site

“I think them [Ukrainians - ed. ForumDaily], as a sovereign nation, is concerned that the United States is interfering in a legitimate investigation. And this is not the first time. They said that US embassy attended in a criminal investigation pointing who can and cannot be pursued. We know about these allegations for sure, because the FBI is conducting a separate investigation from the Ukrainian one, ”Solomon said. "Records show that Hunter Biden's company received $ 3.2 million from gas firm Burisma Holdings between 2014 and 2015."

Recall that from spring 2014 to autumn 2015, Vice President Biden was the main US official involved in Ukraine and its tense relations with Russia.

In addition, John Solomon stated that during a trip to China in 2014, Joe Biden took his son with him, and Hunter Biden also brought a check from China. “There’s a pattern here: Hunter Biden is at the same time visiting the country where Joe Biden is involved in international affairs, and somehow gets paid there,” says John Solomon.

“I listen to all this and think: can you imagine what would happen if the situation was mirrored? If, for example, Donald Trump flew with his son on the presidential plane and received contracts in the same way? The American press would shout about it. John Solomon has just confirmed that people need to dig deeper into the facts and more to come. Everything is serious, because this is an ethical issue and everyone should understand these facts, ”said Ari Fleischer.

“I think the Ministry of Justice obviously has a lot to do. They need to investigate this testimony. We see an example of nonpotic behavior. Peter Schweitzer has done a great job of talking about this earlier [conservative author in his book (in 2016)]. Now, with new facts from John, you can see how far this has gone. We faced the same problems in the State Department. Remember the stories with Hillary Clinton. It is about money, access, foreign influence, foreign money that affects the members of our government. All this needs to be investigated, and I began to doubt how they paid taxes, ”says Sarah Carter.

It is worth noting that Joe Biden appears in parallel in another scandal. Recall in the last few days four american women accused former vice president and presidential candidate Joe Biden in "indecent touches." He kissed the back of his head, rubbed his nose, laid his hand on his hip and hugged him, and also “ran his hand over his back and lower.”

In his program, Sean Henneti wonders: “Where are all the women who previously accused Kovano of harassment ?! If he [Biden - ed. ForumDaily] was in the Republican Party, not the Democratic Party; women would immediately pounce on him. ”

The presenter is referring to the same Alice Milano, who was the leader among women in the Cavano case, but eagerly defending Joe Biden this time.

“This is exactly what Joe Biden is - a warm, generous person who believes that we should all pay attention to the opinions of women,” she wrote in response to his video message, in which he promised to be “more considerate of respect for personal space in future".

American journalist traced the connection between Biden, Clinton and the Ukrainian oligarch Pinchuk

Who will compete for Trump in the elections-2020