Home In the U.S. Joe Biden is 80 years old: how age affects a person's abilities and capabilities

Joe Biden is 80 years old: how age affects a person's abilities and capabilities

US President Joe Biden turns 80. Experts say age is more than just a number. The New York Times spoke to 10 aging experts to paint a picture of what the next six years might look like for someone the age of a president. 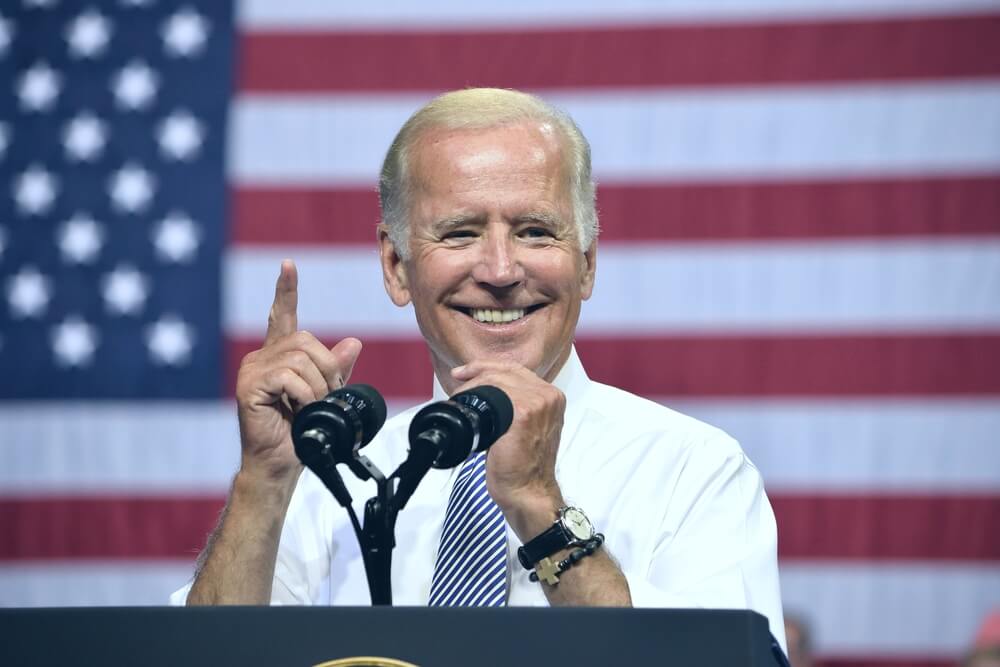 As Biden said, if anyone doubts that a person over 70 is suitable for a job in the White House, let him look at him.

On Sunday, November 20, the President of the United States turns 80 years old - an age that he tries never to voice.

“I can’t even tell how old I will be,” Biden said in a recent interview. "I can't pronounce it."

He will turn 86 at the end of his second term if he runs and wins in 2024, a fact that his critics have seized on and that makes even some Democrats wonder.

But while the risk of life-threatening illness, dementia and death increases with every decade of a person's life, geriatric experts say that people in their 80s who are active and engaged in activities can stay productive and healthy. They believe that wisdom and experience are important factors to consider.

Experts agreed that Biden does a lot to his advantage: He is highly educated, socializes a lot, has a job that requires a lot of thought, is married and has a strong family branch—all factors that studies show protect against dementia and promote healthy aging. . He doesn't smoke, doesn't drink alcohol and, according to the White House, works out five times a week. He has first class medical care.

His race is another factor. The life expectancy of the average white male is 88 years, said Dr. John Roe, professor of health policy and aging at Columbia University.

On the subject: Genetics is not the main thing: 5 habits that will help you live to 90+ years

Scientists who study aging emphasize that chronological age is not the same as biological age. They often diverge as people get older. It is true that older people tend to physically wither and their brains undergo changes. But in active people, experts say, the brain continues to develop, and some of its functions may even improve, a phenomenon that experts call "the neuroplasticity of aging."

“The idea that old age is only associated with a decline in strength is wrong,” said Dr. Dilip Jeste, a psychiatrist who studied aging at the University of California, San Diego. “There are studies around the world that show that people who lead an active physical, social, mental and cognitive lifestyle increase the number of connections between certain networks, and even new neurons and synapses can form in certain areas of the brain with age.” .

No one can predict how an individual's situation will turn out. A medical report released by the White House in 2021 was a summary of the findings of the president's personal physician, Dr. Kevin O'Connor, who called him a "healthy, energetic 78-year-old." But the White House did not release key lab documents like Biden did when he ran for president.

Dr. O'Connor said the president is taking medication to control his cholesterol levels and arrhythmia - an irregular heartbeat. He noted two specific changes in Biden's state of health: during the conversation, he "increased the frequency and severity of his 'sore throat', likely due to acid reflux, and he developed some stiffness in his gait.

Both are common in older adults, said Dr. Dan Blazer, professor emeritus and psychiatrist-epidemiologist at Duke University School of Medicine. The same, he said, applies to Biden's verbal hesitations, including how he searched the audience for a congresswoman, apparently forgetting that she had died.

"Memory slippage is common, but it's not true sclerosis," said Dr Blazer, who in 2015 chaired a committee of experts studying "cognitive aging" for the National Academy of Sciences. “They forget, but in the end they remember what they forgot.”

Once people reach 65, the risk of dementia doubles every five years, says Dr Gill Livingston, a psychiatrist at University College London who chaired a dementia panel convened by the medical journal The Lancet in 2020. Overall, she says, in high-income countries like the United States, dementia affects 10% of people aged 80 to 84 and 20% of people aged 85 to 89.

Biden did not undergo a cognitive screening during his most recent physical, and experts disagree on whether it is necessary for older adults. In 2019, the American Academy of Neurology recommended annual screening for people aged 65 years and older because "age itself is a significant risk factor for cognitive decline." But in 2020, a federal panel of independent experts declined to approve it and said there wasn't enough research to determine "the balance of benefit and harm."

Some experts say doctors usually only do cognitive screening tests when there are signs of a problem. Dr. Anthony Fauci, Biden's chief medical adviser, who turns 82 on Christmas Eve and will soon retire from federal service, said in an interview that he never had a screening.

As the baby boomer cohort ages, the number of octogenarians is on the rise, in what experts call the “silver tsunami.” In its 2020 Senior American Profile, the Department of Health and Human Services said the population aged 85 and over is projected to more than double, from 6,6 million in 2019 to 14,4 million in 2040.

There are many examples of 80 year old successful people. Justice Ruth Bader Ginsburg was treated for colon cancer in her 60s and served on the Supreme Court until she died at the age of 87 from complications of pancreatic cancer. Seven U.S. Senators in their 80s, including Bernie Sanders of Vermont, who sought presidential nominations in 2016 and 2020, and Mitch McConnell of Kentucky.

Senator Charles Grassley, an Iowa Republican, just won re-election at age 89; he will be 95 when his second term ends. Grassley likes to post videos of his morning runs, sometimes doing push-ups at public campaign events.

“People in their 80s usually experience a decline in function; we should not be naive about this,” said Lisa Berkman, a professor of public policy at the Harvard School of Public Health who studies health and aging. “At the same time, there are a lot of variables. People who succeed and are at the highest level of functioning have a chance to last another 10 years and in that time to succeed, to make a very important contribution to the community.

The White House reports that Biden is maintaining a good pace. He notes his frequent travel during the campaign season and his recent trip to three countries and two continents to attend summits in Egypt, Cambodia and Indonesia.

Bates cited Biden's legislative accomplishments and better-than-expected Democratic results as evidence of Biden's vigor. He said the president is in "good health and is leading an active lifestyle."

And while experts are reluctant to diagnose Biden (and there's no way to predict the future), those who have looked at the available White House medical records have said he's aging in a healthy way.

Jay Olshansky, an epidemiologist at the University of Illinois at Chicago, names both Biden and 45th President Donald Trump, who is 76, as best suited to the profile of "super old people" - "a subgroup of people who maintain their mental health" and physical functioning and, tend to live longer than the average person."

According to Dr. Olshansky, it is a mistake to think that the position of the president makes a person old; in fact, presidents tend to live longer, according to an analysis he published in 2011. President Jimmy Carter, who was active until the age of 90, turned 98 last month. President George W. Bush was 94 years old when he died in 2018.

As to whether age should matter in any election, Nir Barzilai, who leads research on centenarians and directs the Institute for Aging Research at the Albert Einstein College of Medicine, put it simply.

“Age is not something that should be considered separately,” he concluded.

Genetics is not the main thing: 5 habits that will help you live to 90+ years

Italian mobster arrested after 16 years on the run: he worked in a pizzeria in France

US airports with the longest queues, you need to arrive there 3 hours before the flight