Home At home Donetsk separatist from Texas: 'I will return to the USA in a tank to free the Americans'

Donetsk separatist from Texas: 'I will return to the USA in a tank to free the Americans'

US citizen Russell Bentley from Texas told how he decided to join the separatists in Donbass, shared his ardent feelings for Vladimir Putin and his firm intention to "free the Americans" by returning home in a tank. 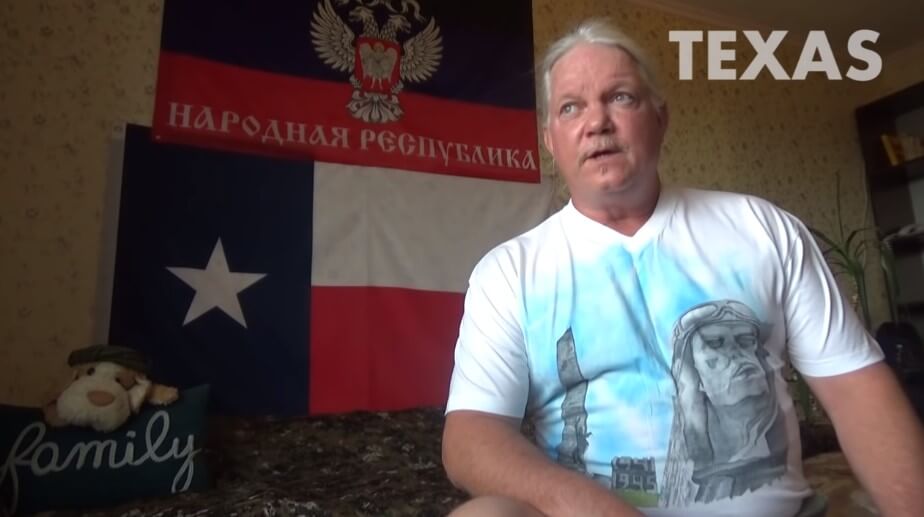 At a press conference in St. Petersburg, Bentley said that - from his point of view - "LPR, the Russian Federation and Vladimir Putin have chosen the right path." He also expressed the opinion that everything done by the United States in the XNUMXst century is "a crime that is no different from the crime committed by Germany when it started the war."

According to the Donetsk separatist from Texas, he has never regretted that he “chose such a life”.

“I wanted to take the right side in the historical process, and I took it. The war in Donbass is the best thing that I have done in my life. I am on my way with the LDNR and Russia, because our goals coincide, they are fighting for a prosperous world, ”said“ Texas ”(it is under this call sign that he is fighting in Donbass).

Russell stressed that he is delighted with Russian President Vladimir Putin and considers him a genius. But the American is not admired by the US elite: “It seems to me that since Kennedy's time my country has not had a decent president. I am not sure that Trump will interrupt the policy that the United States has been pursuing for many years. ”

On the subject: NPR: Butina and her mentor urged the United States that Russia did not knock down MN17 over Donbas

“If I return to the USA, it will only be on a tank. Not to defeat the United States, but to free the Americans, ”said the man. 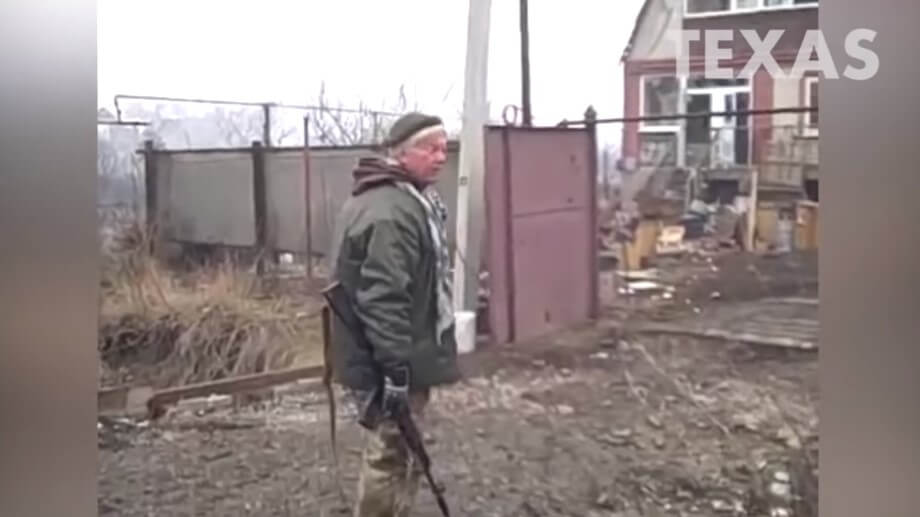 Who is Bentley and how did he get to Donetsk

In 2013, Bentley, he said, could not shake the feeling that his life was fading away. Born into a wealthy family, he dropped out of school and worked in a factory before joining the military. He was interrupted by odd jobs and found his calling as a marijuana dealer, for which he had to go on the run. He himself quickly turned into his worst fear: a middle-aged man with a belly and no money, and decided that he needed to “express himself by deed,” writes Texas monthly.

For many years, his media diet consisted of a huge number of pro-Kremlin sites. The perspectives he found there, from articles mourning the declining American middle class to reports of the failure of the American justice system, echoed his own view.

Despite almost unanimous international condemnation of Russia's aggression, Bentley was seduced by Putin's view of the war. Shortly after the occupation of Crimea, Putin criticized Western leaders who condemned the takeover, and said that "neo-Nazis and Russophobes staged a coup" to overthrow the Ukrainian government. Putin said this new regime is persecuting ethnic Russians in the country, and he is intervening to save them. Bentley, following the instructions of the Russian media, also “made sure” that the United States was behind all this.

On the subject: US citizens are suing Western Union because of remittances to militants in the Donbas

Over the next months, he joined more than a dozen Facebook groups on the Ukraine-Russia standoff (one called President Vladimir Putin's Fan Club, and the other called Vladimir Putin's American Fan Club). He contacted influential internet activists, alternative website authors and gave a speech on RT.

Bentley dived into Russian sources that blamed "US-backed Nazis" for the war and began dreaming of teaming up with "like-minded freedom fighters," and a few months later began planning his trip to Donetsk. 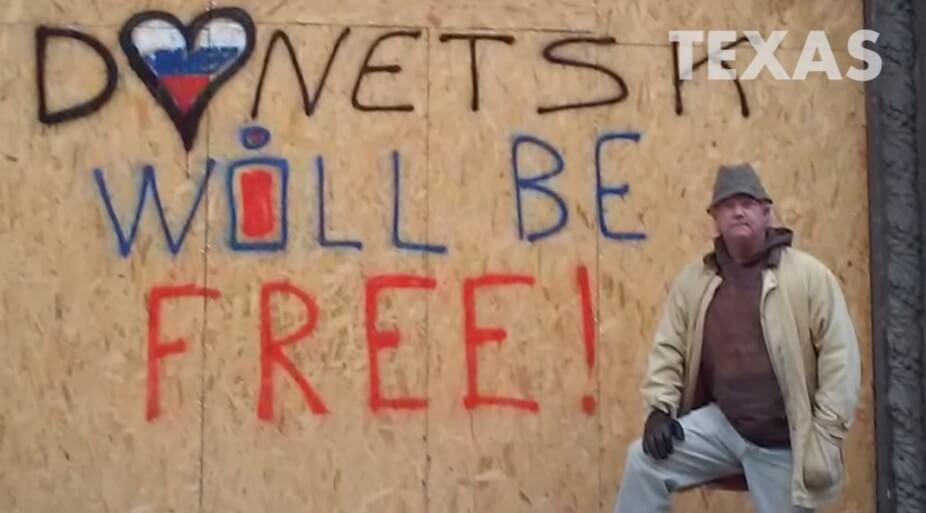 He told his family that he was leaving, got a tour visa to Russia, sold his favorite things, packed and flew away with 3 000 cash dollars, which he collected through the GoFundMe portal for his “Mission to establish facts in the Donbas”.

Crowd funding sites, such as GoFundMe, JustGiving and Indiegogo, are commonly used for charity purposes, including for raising money for victims of tragedies. People can donate money in exchange for small gifts or "benefits", notes Air force.

Bentley used these sites to fund his own initiative to participate in hostilities in Ukraine. In November 2014, he launched the GoFundMe page, where he collected over 3 thousand dollars. But most of these sites strictly prohibit campaigns to raise money for violent purposes. Despite the rules of the site, in the last campaign of Bentley, organized on Indiegogo, there is a video about how he is touring areas of conflict with a machine gun and shooting at a Ukrainian military drone. 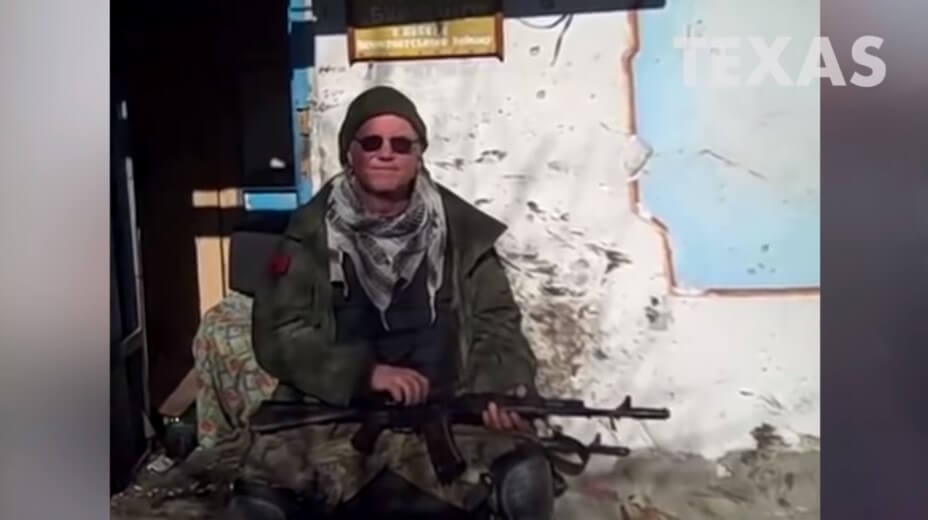 He arrived in Ukraine in early December 2014 and joined a group led by Oleksandr Khodakovsky, who came under US sanctions "for responsibility or complicity in actions or policies that threaten the peace, security, stability, sovereignty or territorial integrity of Ukraine." Bentley coined the call sign “Texas” and used a straw hat in battle.

In his first media interview, he said: "Every person who was killed, every house that was burned down, every bullet hole in every fence, every hungry dog, all the troubles of this war are due to the decisions of the United States and the influence of the United States."

In the Donbass, Bentley quickly turned into a “people's hero” of supporters of the Russian occupation. In September 2015, he attended a high school class in Makeyevka, a city northeast of Donetsk, and was introduced by a teacher to his students as "an almost legendary man."

From time to time he appears on Russian state television. He also became a regular guest on the streaming radio show Jeff Rense, who denies the Holocaust and invites supporters of the Ku Klux Klan and neo-Nazism to him. 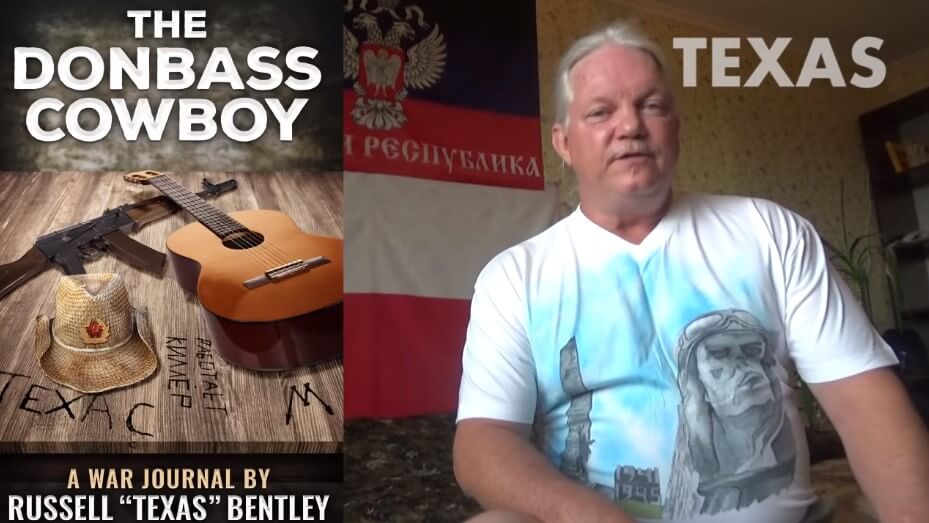 Now Bentley, using the same crowdfunding sites, is raising funds for the publication of the book, offering military emblems and T-shirts from the Donbass in response to donations ranging from $ 100 to $ 999. He needs at least $ 9 for the book, and he has already collected more than half. For a donation of 000 he promises "a tour of Odessa and Kiev after we free them."

Zelensky first visited the front line in the Donbas. A PHOTO

NPR: Butina and her mentor urged the United States that Russia did not knock down MN17 over Donbas