Home Page In the U.S. Donald Trump wants his supporters to get special cards

On August 4, Donald Trump's headquarters sent out two emails asking supporters to support the idea and choose the design of Trump supporters' red and gold cards that look like credit cards and are signed by the 45th president. Writes about it Business Insider. 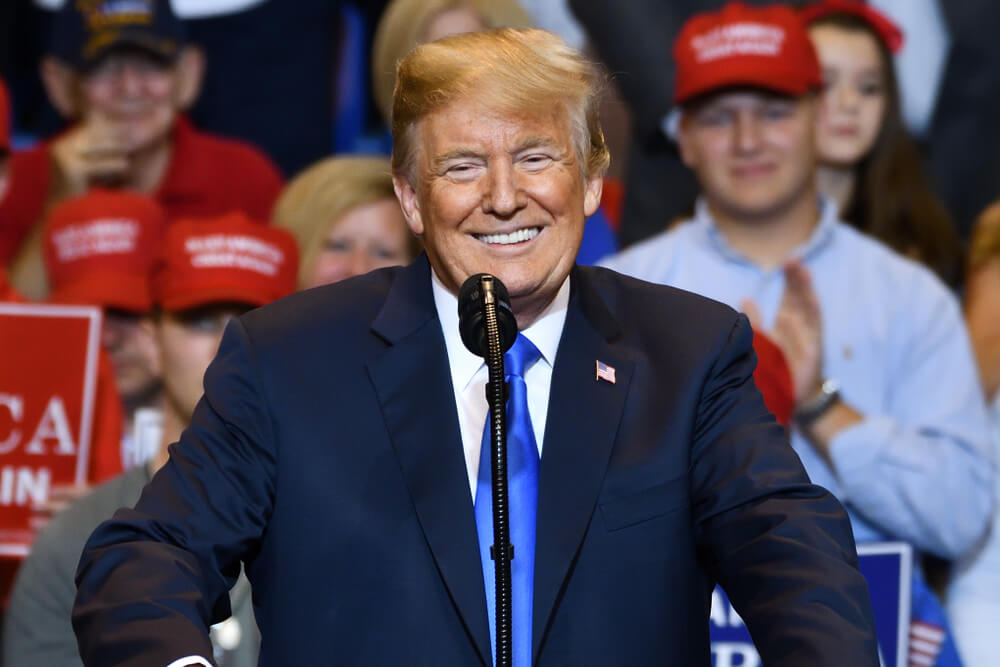 “Your chosen card will be worn by patriots throughout the country. They will be a sign of your selfless support for our movement to save America, ”Trump wrote in an email.

That same night, the Trump team sent out an additional email stating, "We're going to launch our official Trump cards, which will be reserved for President Trump's supporters."

On the subject: Trump's big comeback: how the tycoon intends to reclaim the presidency

“We recently met with the 45th president at his Florida office and showed him four designs,” the letter said. “We originally planned to release only one design, but when President Trump saw the cards on his desk, he said,“ They are beautiful. We have to let the American people decide - they always know best. ”

The Official Trump Nazi card. Don't storm the Capitol without it! pic.twitter.com/6lB0ooI8Qq

Trump's headquarters did not specify what exactly the Trump Card gives. By clicking on the link to vote for the design they like, the user is taken to the fundraising page.

These new Trump cards are basically vaccine passports because, if you have one, we know you're not vaccinated. pic.twitter.com/v43dgobHDR

Trump's Card is another item on the list of his fundraising campaign. In an email dated July 26, Trump's headquarters announced that it was selling signed photographs of the president for $ 45.

Trump hinted that he could run for president in 2024.

One of the Trump cards misspells "Official" as "Offical."

Sure, they're Nazis, but they're not grammar Nazis. pic.twitter.com/XGkTkMVUQf

“Whether he managed to convince himself or from the very beginning he was so focused on hearing what he wanted, but he is absolutely confident in his victory in the elections. And even if he did not win them officially, it could only be because the results were falsified, ”concluded Wolf.