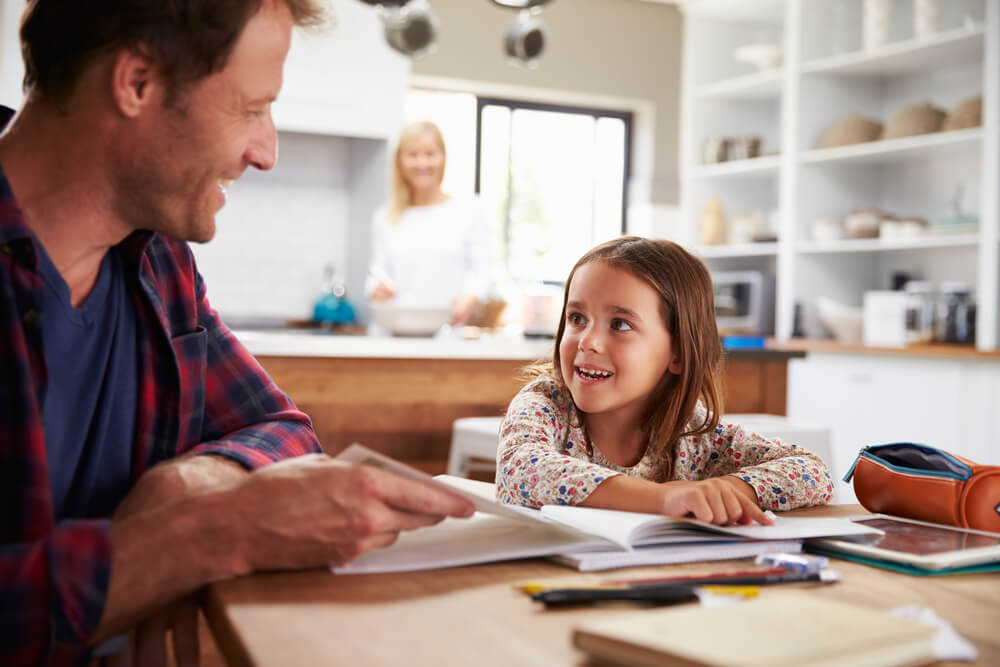 One of the brightest impressions is the American education system. For me, as a representative of a teacher's dynasty, it was a great shock to see firsthand how subjects are taught in an American school. Something remotely reminiscent of studies began only by mid-October ... Ask - what did the children do before that? I answer - they were preparing at the beginning of active study and studied dragonfly (!).

Immediately make a reservation - my son is in the 7 class and the phenomenon of “preparing for the school year” at this age in the Belarusian school takes one day - the first of September. The second of September is an ordinary school day.

As it turned out during the conversation with American parents - many of them are also dissatisfied with the quality of education. There was a question - and what to do if there is no opportunity to send the child to a private school? The answer was found in the family in the neighborhood - home schooling, or home school (home school), as an alternative to regular school. I was interested in this topic, and I began to ask questions.

But a bit of history.

Homeschooling, as an option for education, appeared in the American system for a long time. It became popular in those families where parents had a good education, pedagogical abilities and, undoubtedly, a decent income, which allows them to acquire all the necessary textbooks and manuals. Gradually, this form of education gained legality in all 50 states, although with formal reservations, characteristic for each state - somewhere just enough to notify the local education authorities about this desire of parents, and somewhere parents who want to teach children at home, have to pass special tests to check the level of their pedagogical skills .

Homeschooling has been part of the American heritage since the founding of the country. The first immigrants, as well as the pioneers who moved to the West, in the following years taught their children at home, until community schools were built.

The American education system of the 20th century limited the ability (or completely banned) to teach children at home. But at the end of 1970 and the beginning of 1980, a new movement for home schooling began, which advanced mainly among Christians who wanted their children's education to go beyond the biblical path throughout the entire period of study. They were very indignant that the religious component had disappeared in school programs, and they wanted to be sure that their children learn to be in harmony with their personal convictions, worrying that secular state educational institutions did not contribute to the achievement of this goal. Contrary to all bans, home schooling has become increasingly popular, and this has led all state governments to legalize this alternative - all 50 states have enacted laws that allow parents to educate their children, thereby providing more freedom and flexibility for home caregivers. 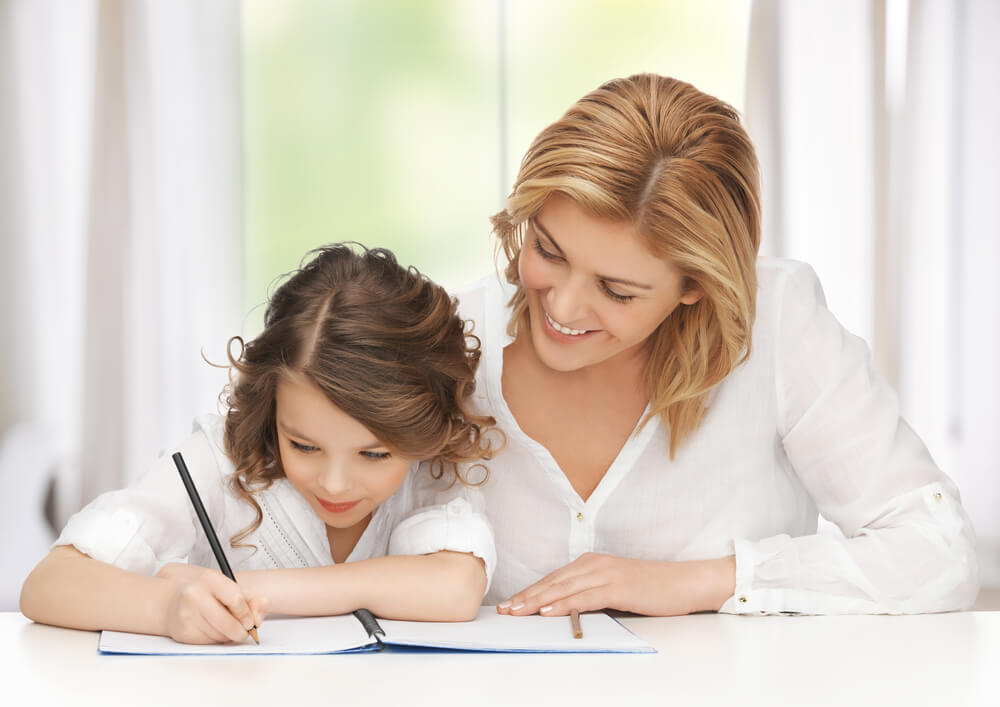 For an explanation, I turned to the Department of Education.

Yes, indeed, every parent has the right to educate their child at home. But for this you need to meet the following conditions:

However, as my neighbors' experience has shown, not everything is so simple, because for full-fledged training, not only the entire set of textbooks is required, but, perhaps, the most important thing is the teacher! If textbooks are not hard to get, then there may be problems with a universal teacher. However, the problem was solved as follows: 2 families joined forces, and parents deal with different subjects with a group of children from 3 people.

Now about that - why is it necessary?

Children of my neighbors play sports, so regular patrols prevent them from going to a regular school regularly. The option "homeschool" became in a sense a lifesaver.

But there are other reasons, for example, in the first place is the religious component. Wishing to raise their children in accordance with the religious belief system of the family, parents adapt and adjust the education of their children to specific learning styles, thereby pursuing their own interests.

The second reason for home schooling is that parents believe that the individual attention that their children receive at home helps them learn more successfully.

Fourth - lifestyle mobility. A family that is constantly on the move faces the difficulty of sustainably educating their children. The constant change of educational institutions does not contribute to the stability of knowledge. That is why home schooling is a very good solution to this problem. 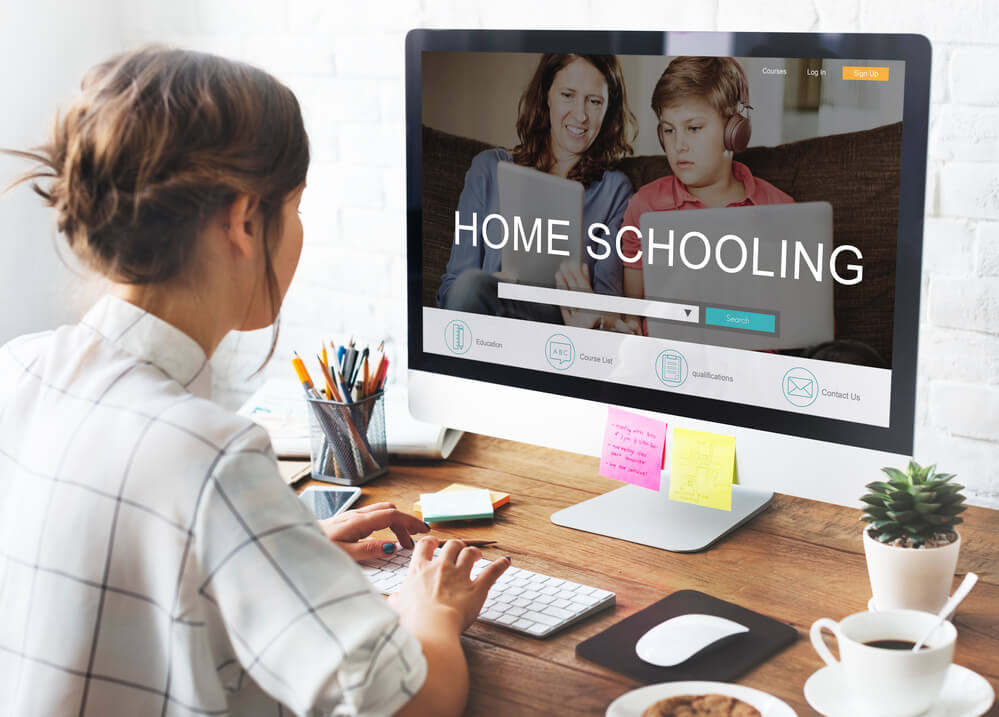 Some statistics: in 2001, the 10 of the national Olympiad in geography turned out to be 4 children studying at home. In 1998, a similar study was conducted by the University of Maryland. As shown by tests in basic subjects proposed by 20 to thousands of children of school age, the results of schoolchildren turned out to be significantly lower than the results demonstrated by “home children.” Agree, an impressive result.

A little carried away by psychology and periodically studying specialized literature in this area, I read the following opinion of psychologist Larry Schaers in one of the books: “The reason for success is that home children have better patterns of behavior before their eyes than their peers in schools. “Homemade” children copy the behavior of their parents (as a rule, highly educated people decide to do homework for their children), and schoolchildren - their peers, who do not always demonstrate good behavior patterns. ”

However, as it turned out, there are also opponents of this type of education, which motivate their opinion by the fact that many “graduates” of home schools cannot obtain worthy comprehensive knowledge and social experience, which significantly affects their future life. We will not argue with them - everyone has an opinion.

Communicating with people from various fields (including from business), I learned an interesting position for myself - some firms in the United States prefer to recruit employees who studied part of their study time at home. Top managers believe that people who have received home education, have more fundamental knowledge.

Whatever the reason for homeschooling, as the results of my little research show, homeschooling is becoming increasingly popular and, I think, there are good reasons for this.

How are kindergartens in America

How to find a babysitter in the USA

US Treasury fined Amazon for shipping to annexed Crimea

Likbez about Antiquity and the theory of networks: how to spend a weekend in Miami (July 10-12)