Home At home Peskov's daughter is interning at the European Parliament: deputies are dissatisfied

Peskov's daughter is interning at the European Parliament: deputies are dissatisfied 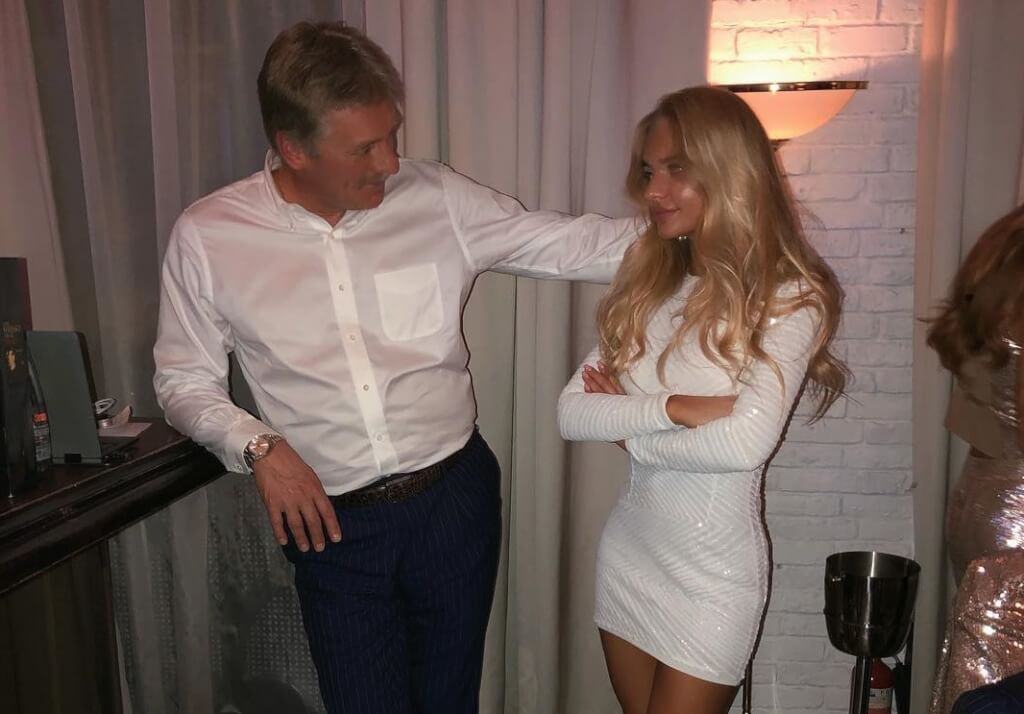 Peskova, who is currently 21 year, is officially registered as an intern at the office of MEP Emerik Soprad. Her name and surname are also publicly available on the website of the European Parliament.

Emerick Shoprad confirmed to Radio Liberty that the daughter of an influential Russian official really works in his team, and noted that this is already her second internship in the European Parliament.

“Mrs. Peskova is undoubtedly the daughter of an important person in the Russian Federation. But as a student, she has no less rights than other young people who undergo an internship as part of their education, ”the MEP said in response to an inquiry from Radio Liberty.

“In addition, Mrs. Peskova does not conduct professional activities in her country: neither in private nor in public institutions of the Russian Federation. Accordingly, there can be no conflict of interests in the implementation of my mandate as a member of the European Parliament, ”he said.

Shoprad is a member of the Foreign Affairs Committee of the European Parliament, the Security and Defense Subcommittee, and he is also a delegate to the EU-Russia Parliamentary Cooperation Committee. He never concealed his pro-Russian position. During the annexation of Crimea in 2014, Shoprad was one of the international observers at a Moscow-organized “referendum” in which residents of the peninsula accepted the desire to join Russia. Then he recognized the referendum as "justified", although this contradicted the common position of the European Union.

Until the end of 2015, Shoprad was a member of the National Front of the right-wing Marine Le Pen party and one of this party's candidates for the European Parliament. However, later Shoprad blamed the entourage Marine Le Pen in anti-Semitism and became an independent MEP. Subsequently, he joined another right-wing populist group in the European Parliament - Europe for Freedom and Democracy (EFDD). It also includes the Italian Five Star Movement and the British Independence Party (UKIP).

Who is Liza Peskova

Elizaveta Peskova is the oldest daughter of Dmitry Peskov from his marriage to Catherine Solotsinskaya, a daughter and granddaughter of Soviet diplomats. The couple married in 1994 and divorced in 2012, while for some time Solotsinskaya was the head of the Russian Center for Science and Culture in Paris.

According to an investigation by the Anti-Corruption Foundation of Alexei Navalny, Lisa, through the French company SIRIUS, owned 25% in an apartment in Paris, bought by her mother. The apartment, according to FBK, was bought for 1 euros: 300% of the total cost was paid by Solotsinskaya herself, and the remaining 73 euros were mortgaged at the French subsidiary of VTB Bank.

About his life and study in France Peskov Told in 2016, stating that French schoolchildren "are not trying to bring a phone to the exam or find ready-made solutions." Peskova also became famous for what she called "hell" the Russian education system, causing a storm of condemnation among users in Russia.

After these words of hers, a bill was proposed to the State Duma proposing ban children of officials study abroad.

“If you are a government official, if you defend Russia, including at the international level, do not send your children to study abroad, thereby not believing in the future of Russia,” said the head of Fair Russia, Sergei Mironov.

Lisa is an active user of social networks and has 80 000 subscribers on instagrame, where she usually shows off the glamorous life in Moscow, Paris and Brussels. 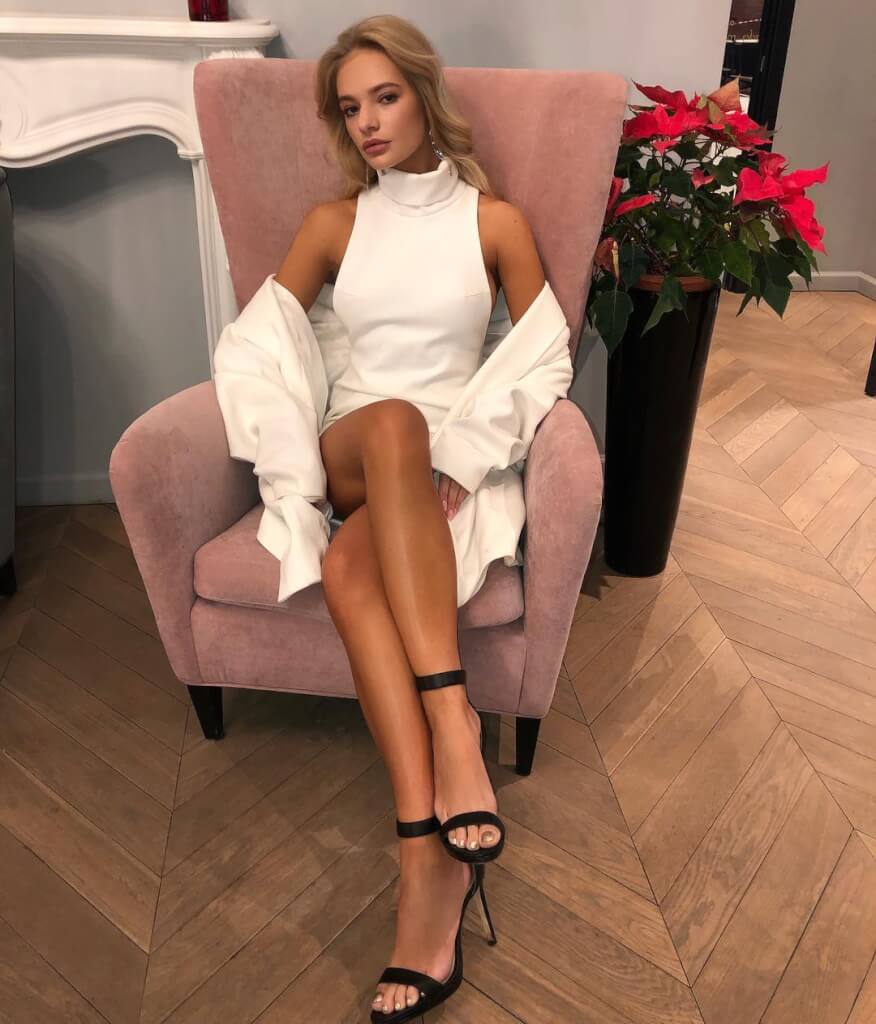 In its social networks there are no photos from the European Parliament, but there are videos from Brussels.

Trainees in the European Parliament receive a salary from the budget MEP, in fact, from the money of European taxpayers. It is the MEP who decides how much the intern will receive. The monthly staffing costs of a politician are about 25000 euros, but the maximum salary of one assistant usually does not exceed 1600 euros, although European deputies may hire unpaid interns.

Also, the MEP is responsible for registering the trainee. In order to obtain a temporary pass, it is enough to send a special form to the accreditation office of the European Parliament. According to Radio Liberty sources familiar with the procedure, this is a one page document: it must be signed by an intern and a member of the European Parliament. It only includes basic information such as name, date of birth, and ID details.

Further registration requires the signing of a contract between the trainee and the MEP, as well as the filing of three documents: an application for covering expenses, a declaration of insurance, and a certificate from the deputy. In it, he must, on his own behalf, confirm that the trainee has permission to stay in the European Union for the duration of the contract.

As a rule, the intern receives a permanent accreditation within three weeks after the submission of all necessary documents.

Emerik Shoprad, in whose office Elizaveta Peskova works, insists that all procedures regarding her were followed.

“This contract was approved by the parliament and meets in all respects the obligations in this matter,” he explained.

Most of the MEPs with whom the journalists of Radio Liberty and Present Time spoke did not know that someone who is closely associated with a high-level Russian official is working freely in the European Parliament.

Sandra Kalniete, a MEP for the center-right European People's Party, the largest parliamentary group, calls the appointment of the daughter of a Russian president’s press secretary as a trainee “negligence” by the relevant bodies of the European Parliament.

“This is a violation of the general safety rules of the European Parliament,” Kalniete said in an interview with Radio Liberty.

She has already written an appeal to the leadership of the structure and called the situation "unacceptable" and "compromising the European Parliament as an institution."

“I cannot believe that the Kremlin has its hand in the pockets and heart of the institutions of the European Union. I was really shocked by this behavior: it shows that the Kremlin, which is so critical of the EU, sends its children as agents of influence on political groups in the European Parliament, which I consider unreliable, politically corrupt and financially dependent on the Kremlin's policies, said Austrevicius.

Knut Fleckenstein of the center-left group of socialists and democrats said that when people like Peskovaya become employees of the European Parliament, it should be "publicly announced":

“I serve on the same committee as this lady. I would think twice about what I tell her. If a family member of such an important person from the Russian Federation works among us, this should be public. This is at least, ”said Fleckenstein.

The reaction of the father and presidential secretary Dmitry Peskov

When asked to comment on the critical statements of the European deputies Peskov, she stressed that she was an ordinary student who was undergoing regular practice.

“I would not like to comment on anything else, it concerns my daughter, it doesn’t concern my official duties, my work,” the Kremlin spokesman said.

Most retired young Americans will be poor

In which countries do the children of Russian officials and deputies live?