President Joe Biden has recorded a video to be played at naturalization ceremonies welcoming new US citizens, in which he thanks them for choosing the United States and reiterates his ancestors who emigrated from Ireland. Writes about it CNN. 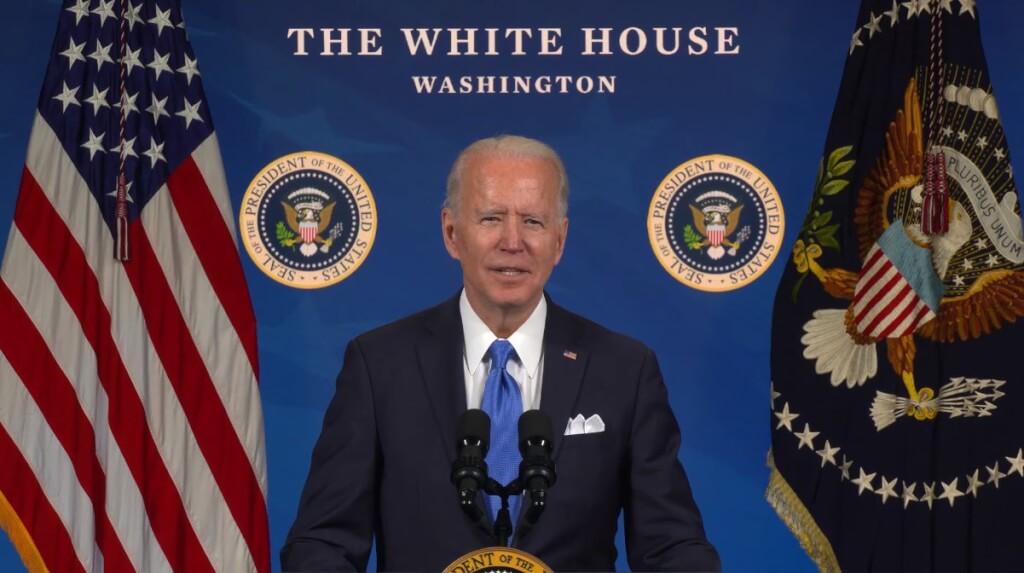 “I want to thank you for choosing us and for believing that America is worthy of your aspirations,” says Biden.

“You all have one thing in common: courage. The courage it takes to sacrifice oneself and take this path. The courage to leave their homes, their lives, their loved ones and come to a country that is more than just a place, but rather an idea, ”he says.

“Today you received a new title equal to that of the American President. The title I'm most proud of: Citizen. Citizen of the United States of America, he adds. - Welcome, my friends. Welcome, my fellow Americans. Welcome".

U.S. presidents have a tradition of recording messages for the hundreds of naturalization ceremonies that take place across the country every year. Many of these personal ceremonies were changed during the pandemic.

President Donald Trump, who sought to restrict legal immigration to the United States and frequently used anti-immigrant rhetoric at his rallies, also recorded videos for naturalization ceremonies early in his term.

On the subject: A path to citizenship for all 11 million illegal immigrants: Biden unveils controversial bill

Trump said new immigrants have a responsibility to help other immigrants "assimilate into our way of life." He added: "Our history is now yours, our traditions are now yours."

Biden recorded a video of a difficult moment for US immigration as waves of Central American migrants arrive at the southern border.

According to preliminary data obtained by CNN, US Customs and Border Protection faced 171 migrants in March, including a record number of unaccompanied minors, well above the previous month and continuing an upward trend since last year.

Biden administration officials are struggling to create places to provide emergency assistance to migrant children. Work in Congress to overhaul the immigration system has largely stalled.