Home World What progress has come: the balls of the World Cup are being charged like smartphones, and this made Internet users very happy

The official Al Rihla soccer balls used in the World Cup in Qatar are so high-tech that they need to be not only inflated with air, they also need to be charged, reports Dailymail. 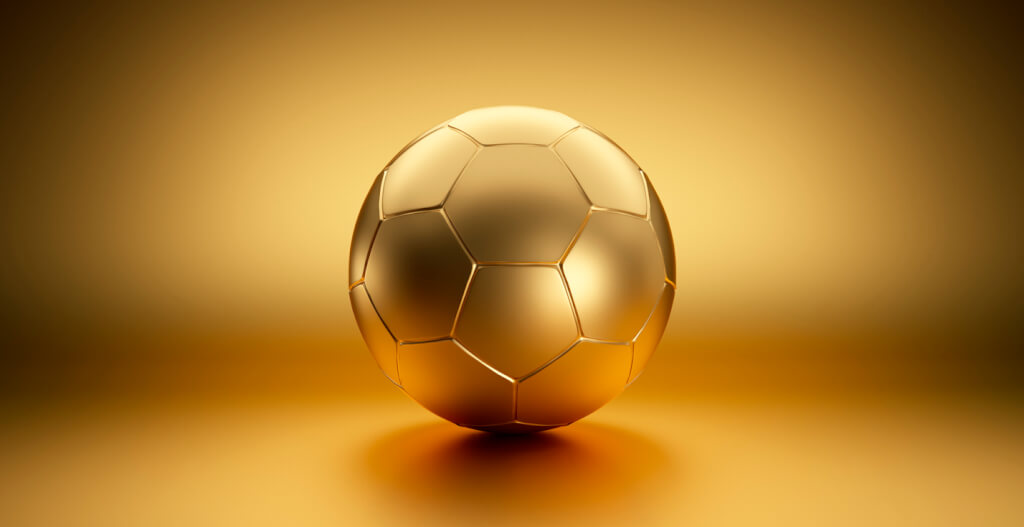 The 2022 FIFA World Cup in Qatar is not happy with the results - many group stage matches ended with a score of 0:0.

But the competition from the first days gave the audience a lot of sensations.

On November 22, in the match of the 1st round of the group stage, the Argentina national team, which was considered the favorite of the championship, lost to the national team of Saudi Arabia with a score of 2:1. They are the first non-European team to beat Argentina in a World Cup since Cameroon in 1990.

And the Japanese team on November 23 in the first round snatched a strong-willed victory from the German team. The match ended with the score 2:1.

In addition to discussing the intriguing results on the field, the “tool of labor” of the players, the championship ball, also attracted attention.

On the subject: Artificial intelligence has invented hundreds of materials that don't exist yet

The Adidas-made ball, whose name comes from the Arabic word for "journey," has a sensor inside that measures data such as speed and direction, and allows VAR to track the ball and determine offside position.

Fluorescent balls are charged, like a smartphone, from the power board.

Technology has gone a long way from the days of people looking for a bicycle pump and then applying some oil to an attached little needle just to pump air into a soccer ball. Now you also need an outlet!

The sensor, which weighs only 14 grams, allows you to track the ball in real time; with cameras placed around the pitch to help referees determine offside and other questionable decisions.

“Every time the ball is kicked, headed, thrown or even tapped, the system captures it at 500 frames per second,” said Maximilian Schmidt, co-founder and managing director of KINEXON, which made the sensor.

“Data is sent in real time from the sensors to the Local Positioning System (LPS), which involves setting up network antennas around the playing field that receive and store the data for immediate use,” Schmidt said. “When a ball goes out of bounds during a game and a new ball is thrown in instead, the KINEXON server system will automatically switch to input the new ball without the need for human intervention.”

Hawk-Eye, which many sports fans associate with cricket and tennis, is also combined with a sensor

Although the machines are not infallible, many criticize VAR in the first match between Qatar and Ecuador for the system preventing Valencia's Enner from scoring a goal.

It's not just about the data the ball can get.

“The new design allows the ball to maintain a significantly higher speed while moving through the air,” he said.

“For the world's largest sports arena, we set out to make the impossible possible with radical innovation by creating the fastest and most accurate World Cup ball to date,” he added.

This extra speed comes from the fact that the ball is made with water-based ink and glue, and the dimples in the skin also give it a smoother look - instead of using raised textures like previous balls.

This statement is strongly supported by Uruguayan goalkeeper Sergio Roche, who said the extra speed makes his job much more difficult.

“Year after year it gets better for strikers and it gets harder for us goalkeepers… it’s a very fast ball,” he recently told reporters.

It is the most high-tech football world cup ever, although not everyone is a fan.

England star Kieran Trippier seemed to blame the balls for losing the fight from set pieces - what used to be the strength of the Three Lions.

"Every time I hit the ball, I felt like the ball was a little different, but that's not really an excuse," Trippier told reporters.

The innovation made netizens laugh. “Future Headline: Balls Not Loaded, Championship Match Postponed,” wrote DrAcula1007 on Rddit. “Someone needs to make sure that the firmware does not start updating while playing,” wrote

Zhrat Vasja. Other users joked that soccer balls would soon have their own pages on social networks.

World Cup balls getting charged from interesting as fuck

However, this is not cheap.

Fans who want a replica of the ball, which of course doesn't include the tech, can buy one from Rebel Sport for $160.

Bill Gates car collection: what cars are in the garage of one of the richest people on the planet

In Russia, they stopped issuing 10-year passports with chips

Personal experience: I was a surrogate mother for children of celebrities, and I was amazed by many things