Home Educational program Epidemiologist: quarantine stretches a pandemic in time, but does not reduce the number of infected

Epidemiologist: quarantine stretches a pandemic in time, but does not reduce the number of infected

While authorities in major cities in the United States and around the world are implementing stringent measures to control the spread of coronavirus, public health experts have warned that a couple of weeks of self-isolation will not solve the problem. According to them, people should be prepared to further tighten restrictions and introduce new bans in the fight against a dangerous virus. Writes about this "Voice of America". 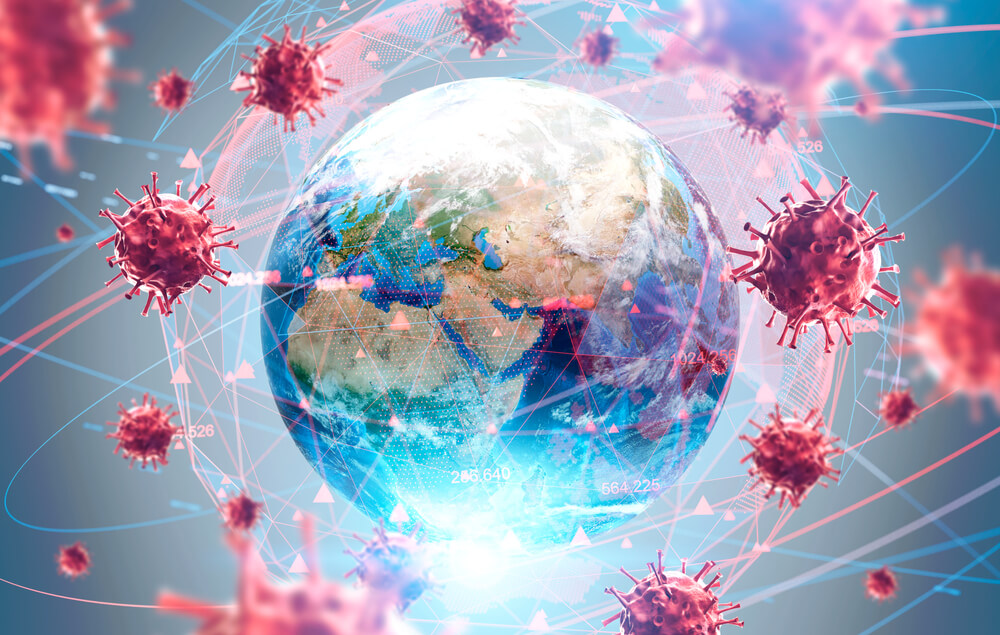 Dr. Jennifer Nuzzo, an epidemiologist at the Johns Hopkins University School of Public Health in Baltimore, Maryland, explained that these restrictions are an attempt to gain time for an overloaded public health system.

“We are trying to reduce the number of people who get sick at the same time. In essence, this means that it stretches the epidemic over time, ”she said, adding that this approach guarantees no fewer infections, but rather helps manage the load on the medical infrastructure.

However, despite all these efforts, Nuzzo expects that in the coming days the situation will become much more serious.

On the subject: Coronavirus and psychosomatics: why stress and panic make us vulnerable to infections

According to Nuzzo, scientists and medical workers long before the crisis expressed concern about the insufficient capacity of the American health care system.

In 2019, Nuzzo led the work on the compilation of the Global Health Safety Index, a joint project of Johns Hopkins University, the non-profit organization Nuclear Threat Initiative and analysts from the Economist Intelligence Unit. Even then, researchers warned of the shortcomings of the existing system with a possible outbreak of a dangerous infectious disease. But even professionals such as Nuzzo did not foresee the full extent of the problem.

“The situation we're in in the United States where we can't scale up laboratory testing is something I didn't expect,” Nuzzo says. “It seemed like something we were able to deal with during previous pandemics and epidemics, and so I didn’t expect it to be as difficult a task as it is now emerging. ”

The response to the epidemic around the world has led to different results, but Nuzzo warns that no country, regardless of its level of development, is safe from the devastating blow to the health system as a result of the sudden spread of infections.

“I don’t think there is any health care system that can cope with the huge increase in the number of critically ill patients, as is now happening in Italy,” says Nuzzo.

Regarding the successes achieved by some countries, Nuzzo believes that other factors led to these results.

“A very high proportion of cases in Italy are in people who we know are at increased risk of complications and death — the elderly,” she says. "Other countries, such as South Korea and Singapore, which have done slightly better in their fight against the outbreak, may also have taken advantage of the fact that the majority of the diseases are in younger people."

Nuzzo says that, in her opinion, the problem is far from being solved even for China, where authorities said on Wednesday that, for the first time since the outbreak of coronavirus, no new cases of virus transmission have been recorded in the country.

At present, the Chinese authorities are starting to lift restrictions in Wuhan, allowing citizens to gradually return to economic activity. Nuzzo welcomed such a development, saying that she hoped that the return of industrial production to China would reduce the shortage of medical equipment in the United States.

“China is an important manufacturer of essential medical devices, such as personal protective equipment. Therefore, we really need them to get back to work. But that raises the question of whether the transmission of the virus will increase after they get back to work. ”

According to Nuzzo, the vaccine will be the final response to coronavirus, but this can only happen after a few years.

“If all of science works on this issue, and after all the clinical trials, we find a vaccine that can be safe and effective, it will probably take about 12 to 18 months,” says Nuzzo.

“Nevertheless,” she adds, “we still need to produce it, and that will require special funds and, you know, an increase in resources that may not even exist now.”

“Therefore, I expect that it will take some time after the outbreak to get the amount of vaccine at the level we need. Perhaps this will only happen years later, ”adds Nuzzo.

In the meantime, scientists are working on the definition of drugs and therapies to help treat this disease.

The global mortality rate from coronavirus is still impossible to calculate, but, according to Nuzzo, this information can be gleaned from the available information. According to her, for most of the world "this disease is more deadly than the flu."

Nuzzo believes that measures such as blocking and self-isolation that control the spread of the virus are important in the fight against the spread of infections. Where possible, she recommends controlling stress and anxiety through outdoor exercise: this will make isolation more manageable.

On the subject: Coronavirus and work: what a boss can and cannot make you do

Commenting on a new study by the National Institutes of Health that says coronavirus can remain viable and contagious in drops of air for several hours, Nuzzo emphasizes that there is still no risk of contracting the virus from breathing.

In the study, she said, an aerosol was used to disperse the virus in the air in the form of droplets, thanks to which the pathogen remained viable for several hours.

According to her, people cannot release something like an aerosol from themselves - the droplets of saliva that appear when coughing or sneezing are too heavy and immediately fall to the ground, so they cannot float in the air, infecting other people for several hours.

Tens of thousands of dollars: how much will COVID-19 treatment cost Americans

'Contagion': how a 2011 film predicted the coronavirus epidemic

My home is my fortress: how to properly disinfect your home during the coronavirus pandemic