Home Educational program Genius diet: what to eat to protect the mind and memory from aging

Over the years, we all start to move our brains a little worse. But most often the problem is not only in age, but also in malnutrition. The brain is the same organ in the body as the others. And he needs proper nutrition in order to function properly. 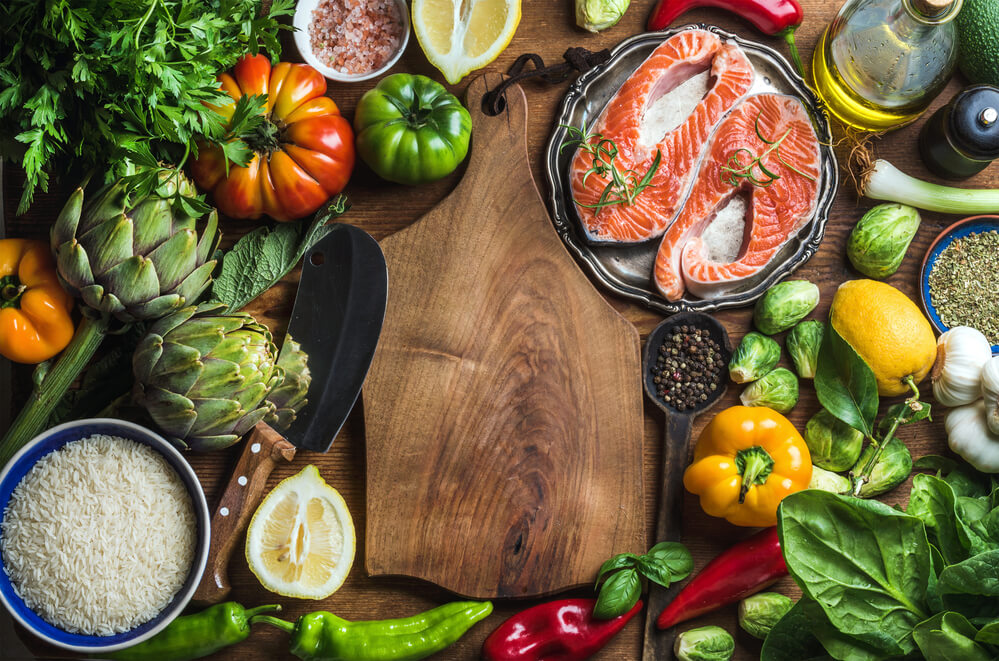 A poor diet can significantly reduce its functionality and accelerate its aging. This will accordingly affect cognitive abilities, writes New Time. According to scientists, the effect can be observed even in adolescents. What can we say about adults and, especially, older people.

Doctors have known for a long time that nutrition has a direct effect on brain function. Hence the recommendations to eat carrots, blueberries and vegetables that nutritionists gave older people centuries ago.

But is there a diet that is most effective for the brain and memory?

Yes, according to American researchers from the universities of California and Michigan, who published a paper on diets with a neuroprotective effect.

Researchers claim that people who follow Mediterranean diets take better care of their brain. During experiments with two groups of elderly people (some of which adhered to the Mediterranean diet, and some did not), it became obvious what type of nutrition is most effective for brain function.

In addition, some studies show that this type of diet is associated with a reduced risk of developing Alzheimer's disease. Moreover, doctors say that the effect is manifested even when people do not adhere to such a diet constantly and strictly.

Those who strictly adhere to the diet have 35% less chance of developing Alzheimer's disease. And those who are very strict - by more than 50%.

There are even more eloquent results. Researchers conclude that older people who strictly adhere to a diet for the mind show results in mental tests comparable to those of people who are on average 7-8 years younger.

Thus, it was on the basis of the well-known Mediterranean diet and several others with similar principles that the researchers made a list of recommendations - in fact, they made up a new diet for the mind, observer Samantha Kessetti states.

Here are the key principles of this diet.

1. Leafy and other vegetables

Green leafy vegetables have a very important role to play in your brain care. They contain nutrients such as lutein, phylokinone and folate. Researchers have found that one meal, including leafy vegetables, per day is enough to feel the effect.

The difference in mental tests between the elderly who at least one serving of leafy vegetables daily and those who did not eat vegetables at all was striking. Those who eat vegetables showed results as people average 10-11 years younger.

Vegetables are also welcome. Doctors note the indispensable benefits of carrots, peppers, tomatoes for the brain. Try to include vegetables in your diet at least once a day, says Amanda Cassetti.

Plant proteins are very necessary for the body. But in the context of this article, we will be more interested in the fact that many studies show the exceptional benefits of plant proteins for memory and mental abilities.

And people who do not consume enough of them can feel the decline in mental activity.

On the subject: How To Save On US Health Care: Three Important Tips

Berries are a superfood that is absolutely necessary to protect the body from aging. But talking about a diet for the brain can’t do without mentioning berries.

The berries contain flavonoids - plant polyphenols, which are very important for the functioning of the brain at any age.

Doctors recommend eating berries at least twice a week. It’s easy, just add berries to yoghurts, cereals, cereal and muesli breakfasts and the like. And there are delicious smoothies and milkshakes, in short, the options for including berries in your diet are more than enough.

Nuts are rich in healthy fats and other nutrients that help the brain work. According to one study, women aged 50 + who regularly eat nuts show mental performance at the female level 2-3 years younger.

It’s not necessary to eat nuts separately if you don’t really like their taste, Kessetti emphasizes. They can be crushed and added to yogurts and salads.

This is another product without which it is difficult to imagine the right genius diet. Seafood should be eaten at least twice a week, experts say.

First of all, we are talking about fish rich in omega-3 fatty acids. Salmon, tuna, sardines and other fish are their best sources. It’s not necessary to lean on salmon steaks all the time. Fish goes well with other products, including healthy ones. For example, you can make a salad with seafood - this is actually a “bomb” of nutrients that are beneficial for the brain.

Chicken and turkey are a great way to get the proteins that are so necessary for the body as a whole and the brain in particular. At the same time, poultry is a much healthier choice than red meat (for example, beef or pork), the researchers note.

On the subject: Do you want to live longer? Give up these drinks

According to some studies, up to 20% of all calories a person consumes go to the brain. The main source of this energy is glucose, which is formed as a result of the breakdown of carbohydrates.

The Mediterranean diet and its analogues emphasize whole grain foods as a key source of energy. And many recent studies confirm the validity of this approach.

In particular, a study involving more than 5000 people shows that a diet low in whole grains leads to decreased mental activity. Researchers note that people who tend to consume less whole grain foods usually compensate for their increased consumption of red meat and other types of food that cannot be described as healthy.

Do not forget that whole grain products are needed not only to stimulate mental activity. They also play a critical role in protecting the cardiovascular system and in preventing cancer.

It can replace people: in Russia they created a human double robot

Elon Musk created a device for connecting the brain with a computer: how it works. PHOTO, VIDEO