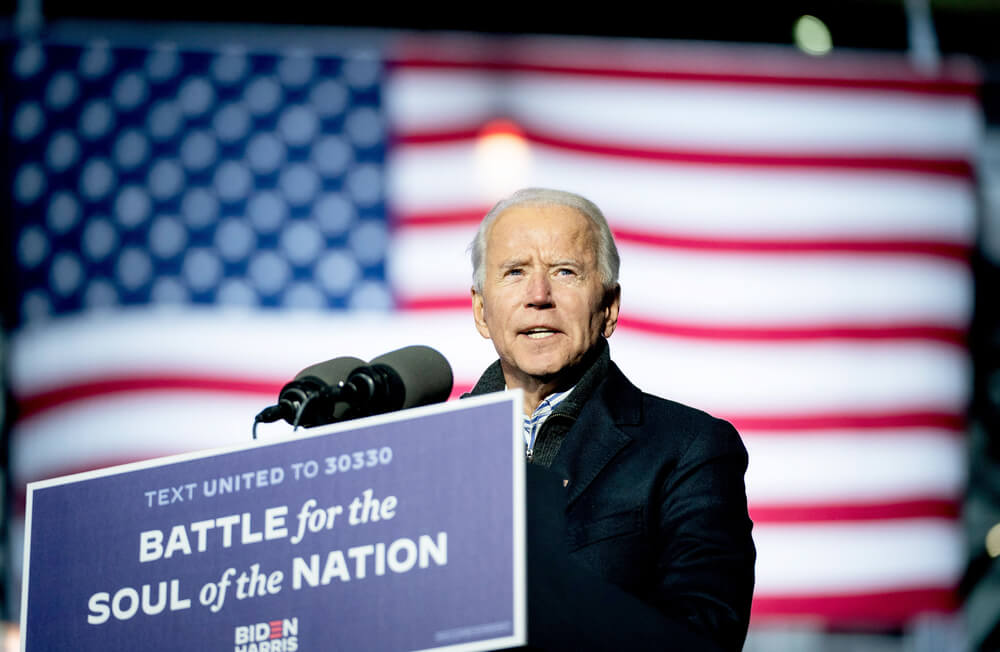 US President Joe Biden was trolled on social media after a photo went viral in which he was surrounded by children wearing Trump support clothes. The incident occurred during Biden's visit to Shanksville, Pennsylvania.

Biden traveled with First Lady Jill Biden to all three 11/20 sites, including Shanksville, to mark the XNUMXth anniversary of the tragedy on Saturday.

Biden visited the Flight 93 memorial in Shanksville. The US President not only took part in the wreath-laying ceremony, but also visited the local fire department.

On the subject: Biden tries to dismiss Trump's appointees from military councils: they refuse to leave

It was there that a group of children approached Biden, and the President of the United States was photographed in their entourage. Soon after the picture appeared on social networks, attentive users noticed several children wearing T-shirts and caps with symbols in support of Donald Trump.

One of the boys to Biden's left wore a red T-shirt with the face of the former president. "Back" was written under the picture.

Another girl was seen wearing a red hat with a bold "Trump" lettering. Another child was in a hat that says "Make America Great Again" on the front and "45" on the side.

This is even more humiliating than him getting booed at the WTC memorial pic.twitter.com/n51vIiieN4

These photos were enough for netizens to ridicule the President of the United States.

“Respect to these kids. Best Biden trolling I've seen. Trump will love it, ”the user wrote.

I can't stop laughing 😂 from all the fu © ️k Joe Biden 👏🏻 chants @ football games this weekend, to kids wanting to take a pic with a clown 🤡 😂 pic.twitter.com/HW0gq1uDIe

“Recently, for some unknown reason, Biden has not appeared in any photographs with people happy to be with him. Children trolling him with Trump caps may be an exception, ”wrote another.

“If these photos are confirmed when Trump returns, he should provide these children with an office in the White House. They reached a new level of trolling, the existence of which until now no one knew. I think that guy in the center is the ideological inspirer of all this. Poor President Biden, ”said another.

Even the kids are laughing at Biden as they troll him in their Trump hats and tshirt. Poor girl next to Joe got stuck with him trying to catch a feel as he pulls her in tight - so disgusting. https://t.co/SRm1H1jjnt

However, some even suspected that the images were photoshopped.

“I may be the only one who says this, but I'm not sure these kids weren't given those caps on purpose. Immediately after that, Biden said about unity and that he even took pictures with children with Trump symbols, and I think this could be a setup, "the user wrote.