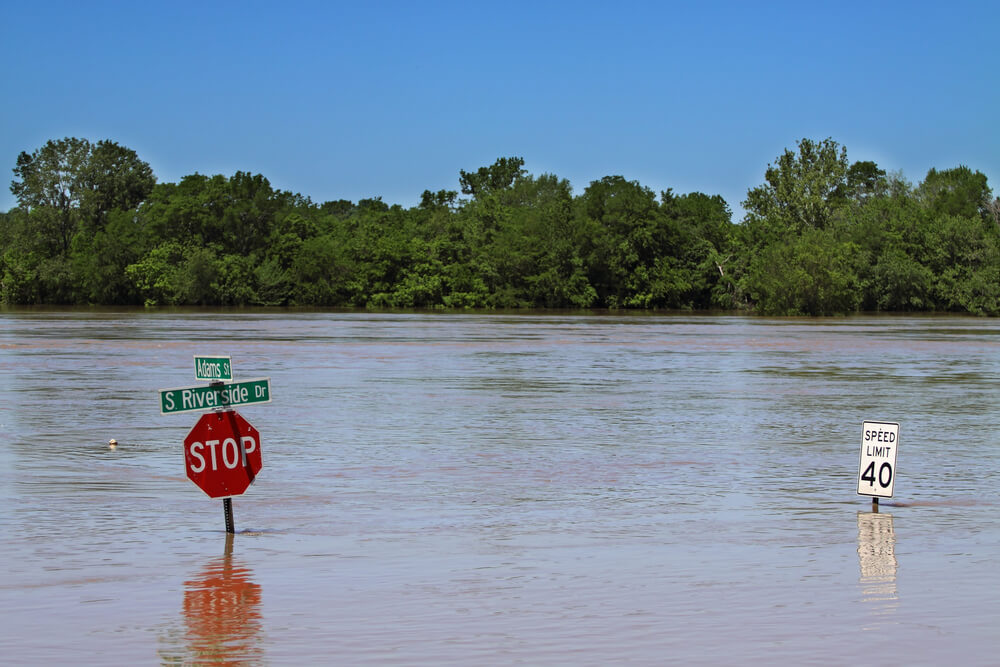 Rescue teams went door-to-door in search of missing persons, Humphreys County Sheriff Chris Davis said. The police officer said the flood was the worst he had seen in 28 years at the department.

Power outages and a lack of cellular service have exacerbated the problems. Portable devices will be delivered to establish communication lines, Davis said. Rural roads and highways throughout Humphreys County are flooded with water.

The Tennessee National Guard was deployed in the county to assist residents after up to 21 inches (12 cm) of rain fell in parts of Mid Tennessee on Saturday, Aug.30, causing catastrophic flooding.

More than 15 inches (38,1 cm) fell in Humphreys County, resulting in flooding of roads and the short-term closure of a large section of Highway 40. Water in the Piney River rose to record levels, the National Weather Service (NWS) in Nashville said.

On the subject: NASA warns: 15 years from now, it will be almost impossible to live in coastal cities of the USA due to constant floods

Dixon, Hickman, Houston and Humphries counties are in a state of emergency. There is a tornado warning.

Tennessee officials said 14,5 inches (36,8 cm) fell at McEven, which is in Humphreys County, and the totals may approach 17 inches (43 cm) as reports become available. NWS meteorologist Chrissy Hurley said 21 inches (11,66 cm) of rain fell in parts of Tennessee's Hickman County in the early morning of August 30.

Hurley described the situation in cities like Waverley and McEven as "dire and disastrous."

“People are locked in their homes and have no way to get out,” she said. - The water is up to your throat. This is a catastrophe".

The Tennessee and Williamson County Highway Patrols assisted the affected counties. The Tennessee Department of Health is working with local nursing homes to ensure staff access to health facilities.

Much of Highway 40 near the 153 mile mark has reopened after being closed in both directions near Bucksnorth in Hickman County and parts of Humphreys County due to rain. Highway 70 at Waverley remained closed due to flooding.

Tennessee Gov. Bill Lee tweeted about the situation: “Residents of the state, please beware of rising flood levels caused by heavy rains in parts of Mid Tennessee. We are actively working with first responders and first responders as they support Tennessee residents in the flooded areas. ”

“We are working with local authorities and first responders to provide resources and support,” TEMA said in a statement.

Most of the flooding in Dickson had subsided by noon on August 21 after several inches of rain caused road closures and at least 11 rescue operations.

Roads leading to Waverley were closed due to flooding and blockages in two lanes. The cornfields in Dickson were filled with water. Several passages along the road were washed away.

Several people posted messages on social media looking for family members they were unable to contact.

At the request of the Tennessee Emergency Management Department, the Tennessee rescue helicopter team dispatched three teams to Humphreys County to assist with rescue operations.

Helicopter pilot Joel Boyers rescued 17 people from a flood zone in Waively. Boyers flew around the area in search of people who needed help and took them to land.

“This is roughly 20-25% of the total annual rainfall in the area,” said meteorologist Hurley.