Home culture Dozens of bloggers on TikTok are fake: millions of people follow the lives of those who do not exist

Entertainment startup FourFront has come up with a roster of fictional influencers on TikTok, reports Business Insider. 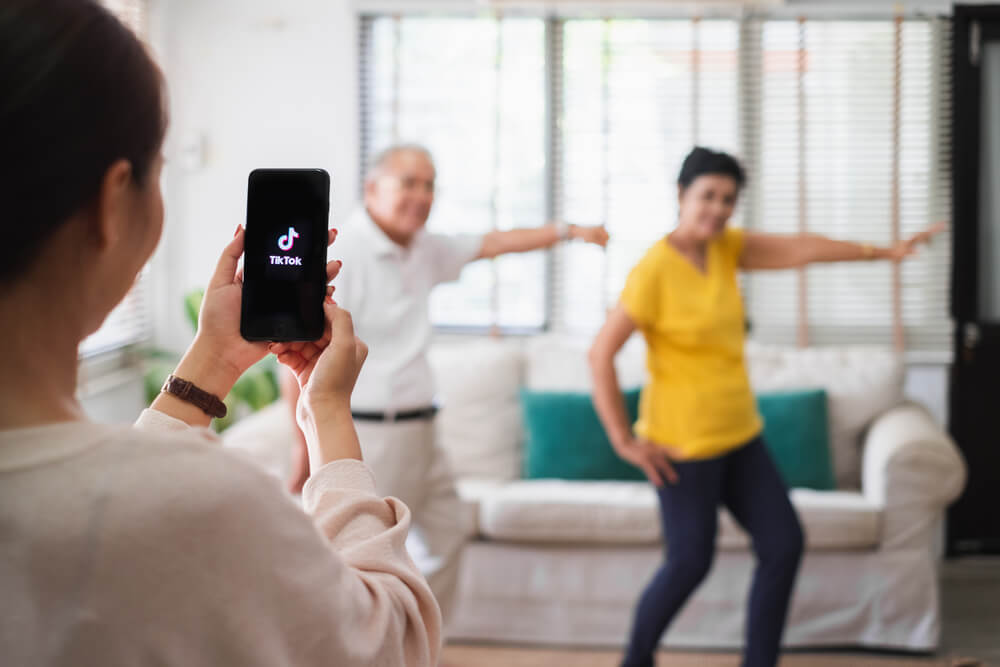 The actors are filming their own video script in collaboration with production teams.

The company says it wants viewers to know that the accounts are fictional and are for entertainment purposes only.

"I have enough men who deceive me, as if I am completely unimportant!" Tia, a TikToker with over 112000 followers (@thatsthetia), speaks emphatically, slamming her closet door and starting a monologue about her dramatic personal life on TikTok on September 21st.

Tia is a student, public relations trainee, and future princess - well, only if she goes back to her ex-crowned boyfriend. She is passionate, intelligent and she is not the first time to share her personal life with thousands of viewers.

She's also not a real person, but that doesn't get in the way of likes, views, and comments asking for her outlandish story.

Tia is one of 22 fictional TikTok personalities created, written and operated by FourFront, a social media and entertainment-focused startup. In eight months, the company's TikTok accounts have amassed 1,93 million subscribers and over 281 million views, according to co-founder Ilan Benjamin.

The startup's foray into fictional content TikTok - a network of interconnected characters in the style of the Marvel Cinematic Universe as Benjamin describes it - is finally reaching its climax at a live Thursday party.

On it, eight of his characters will compete for the fictional fortune of a billionaire to entertain the audience. This event is intended to expose their scripted connections and also to show that this is all just for fun.

The founders of FourtFront said they don't want to fool anyone - they want you to know that this is a fictional world and enjoy the story.

According to Benjamin, FourFront's storytelling is designed to keep viewers "more attached to characters" than to plot decisions, avoiding the "choose your adventure" model that companies like Netflix have repeated in recent years with specials, such as like Black Mirror: Bandersnatch. Viewers can interact with the characters in the comments on their videos, and sometimes the accounts themselves will respond. "

On the subject: No laughing matter: how modern medical marijuana kills

The completely remote company with 18 employees was founded by Benjamin and Anna Melamed.

It is divided into writing, production, postproduction, social media, and developer teams (focused specifically on virtual interactive experiences) that help create content for TikTok and maintain the company's fictional accounts.

"We call this the evolution of cinema into real life," Benjamin told Insider. "Stories that feel alive outside of your screen."

Some echo well-known examples: Tia, played by 29-year-old actress Kameisha Cotton, a student who discovers that her boyfriend Hoshi is actually an incredibly wealthy prince from a fictional African country.

Other fictional narratives such as Ollie (@oxenfreeollie, 150 followers), a transgender man taking a trip to reconnect with his estranged father (who he eventually learns is also trans), focus on topics such as family and identity.

Ollie's bio describes his account as "a coming-of-age story, lovingly crafted by the actors and creators of [the rainbow flag emoji]." 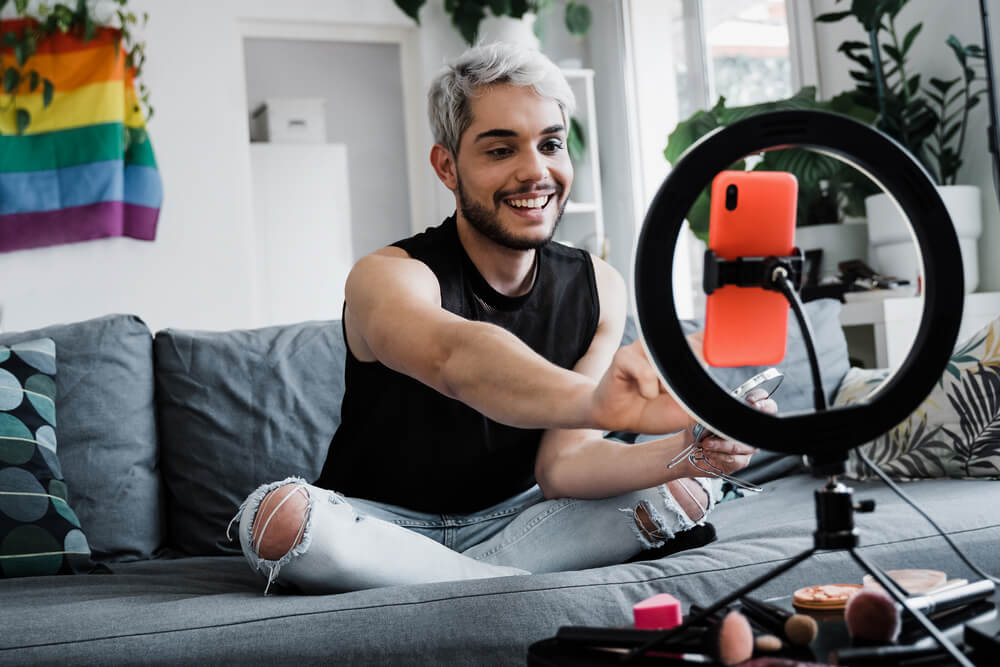 The company wants you to know that its characters are fictional.

Although Tia and Ollie are flagged as fictional in their message hashtags and in their biographies (Tia, for example, “formerly known as the favorite fictional princess Tik Tok”), these warnings can be easily ignored when scrolling down the For You page.

In a story for the Daily Dot regarding a number of FourFront characters, writer Daisya Tolentino expressed concern about audiences who might invest in fictional characters on TikTok without realizing they are fake.

Riot Games' Serafina - a similar influencer who was active on Twitter, Instagram and Soundcloud in 2020 - has been criticized for asking for support and posting about her mental health, with some saying the account is actively promoting exploitative parasocial relationships.

Melamed, who runs social networking site FourFront, said the team has guidelines for interacting with fans in the comments on the characters' posts.

This includes never encouraging audience members to share personal information or try to "get more" out of confidential interactions.

“We would like to find ways to work with TikTok to communicate that this is a fictional character,” he told Insider. "Because in the long run, we don't think we will be alone in this space."

Actors direct and direct their own stories

Cotton told Insider that Tia's acting gives her the opportunity to become an actor.

She directs and films all of her own content, communicating with the ForeFront production team. A television and film actor with a Bachelor of Arts in Musical Theater, Cotton also has a consistent social media presence, although she didn't have much TikTok experience before she landed the role of Tia.

In her spare time, she shoots videos for Tia and works with FourFront to set a schedule for the delivery of footage after she receives the script.

Cotton shoots his own stories - in his apartment - and organizes his outfits, makeup, and filming locations for the script. 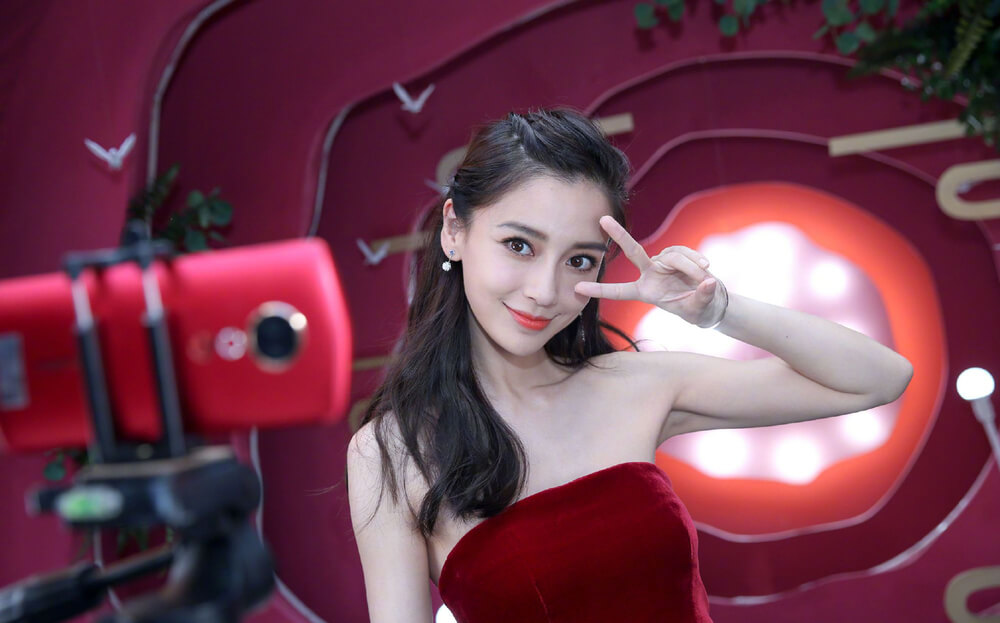 “I am my own director, I am my own creative producer, you know what I mean? - Cotton told Insider. "I have a script with my text, so I can work calmly because it's just me, a mini ring light and two little lights."

Melamed, one of the co-founders of FourFront, described the production model as "the smallest Hollywood has ever seen."

He told Insider that the roles are SAG-AFTRA compliant and that, in addition to the basic pay, the actors will also receive a percentage of the profits the character earns from ads, merchandising, and tickets. Of the 41 actors FourFront has recruited for their projects, Benjamin said 18 were SAG-AFTRA members.

“We want [the actors] to feel motivated for their character's success for years to come,” he told Insider.

The ultimate goal is to increase participation in live broadcasts

Benjamin said one easy way is to adapt to the creator's model by making deals with brands. Instagram influencer Lil Mikela, who has 3 million followers on her @lilmiquela account, has campaigned with brands like Prada.

However, TikTok is not the end goal.

After all, FourFront wants to empower audiences to interact with characters by using artificial intelligence technology to automate communication. It's already started: one of the FourFront characters, @Butler_Darren, invited the audience to enter the Discord server where they could talk to a bot representing his fictional billionaire boss.

About 13 people signed up for the free event, Benjamin said — FourFront may eventually charge a fee for access.

And with nearly 2 million followers on active FourFront TikTok accounts and videos from characters like Sydney garnering millions of likes, there seems to be an audience for that. But first, Benjamin said, they need to know that these influencers are not real.

“The more people learn that this is a fictional world, the more they can dive into it and have fun,” Benjamin told Insider.