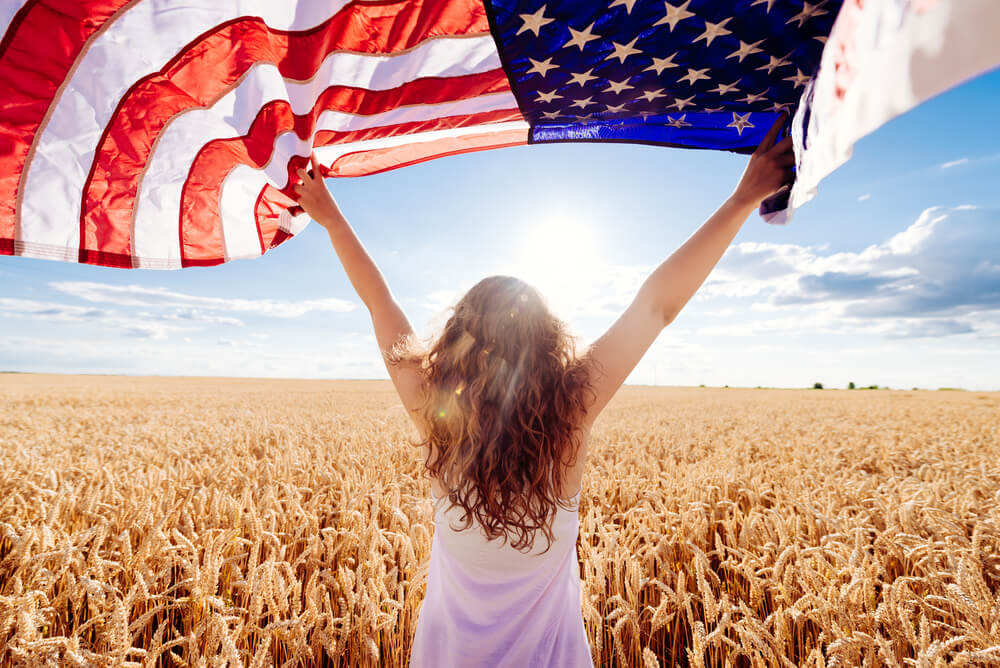 The ruble has depreciated, the war continues in Ukraine, and in Belarus the situation with freedom of speech continues to deteriorate, so many people from the CIS and Israel are seriously considering emigration. America is still top destinations.

The Forum explored how easy it is to come and stay legally in America, and how to choose the fastest way. Money is an important factor, but it is possible to get a card for free. The main thing is not to run into scammers, of whom there are really a lot of migration consultations on the market.

Green Card (United States Permanent Resident Card) - an identity card that confirms the residence permit and the right to work for a non-US citizen. A person has the right to reside permanently in the country.

Green card entitles you to:

However, there are obligations. If the immigration service suspects that the person received the card “just in case” and does not live in the country permanently (missing for more than six months), you will have to prove contact with the United States or obtain a special permit for a long absence. Otherwise, the card can pick up.

To suit: Anyone who has completed secondary education or vocational education, requiring at least 2-x years of study.

How long to get: once a year, from the beginning of October to the beginning of November, anyone can fill out a form on the official website Electronic Diversity Visa. Filling out the questionnaire takes about 10 minutes and already on the first Monday of May the computer randomly selects 50 thousand winners. If not lucky, you can try again.

30-year-old Muscovite Igor Matyukh in the 2010 year won the lottery to receive a green card. He filled in the questionnaire with a friend at a student party. Both won, both moved, but only one stayed in America.

Matyukh recalls that at the interview he had to prove his financial viability in order to convince the consul that he would not apply for state benefits. And then - buy a ticket and do what you want.

After spending two years in America, Matyukh returned to Moscow. “The mere presence of a green card is far from a lucky ticket. The competition with native Americans for jobs and a place in the sun is too high, ”he explains his decision. However, this story cannot be called complete, because the lottery green card is for life, if desired, Matyukh can return.

On the contrary, Ukrainian Lyubov Shipovich had to try very hard - she won the lottery only from the ninth time. But when in 2008 she did receive the card, she used it to the fullest: she got a job two weeks after her arrival, a year later she convinced the American leader to create a branch in Kiev. In addition, Shipovich organized a charity organization Razom in America, which over the past year helped to raise more than $ 190 for Ukraine. But he is not going to return. “Now I have two homelands,” she says.

Despite the huge number of lucky ones, there are victims in the lottery story. There are many scammers and organizations on the market that pretend to be official lottery sites.

The author of the material personally got into it and paid fifty dollars for her lack of foresight by submitting an application on the website of a certain company.

The result of this experience was the knowledge that the lottery does not have unofficial centers or representative offices. Registration in the lottery is free. The lottery organizers do not contact the participants by phone or e-mail. In addition, once having received your data intermediaries fill out a questionnaire every year without asking your permission, in the hope that if she wins, they will sell you a win (from $ 2 000 to $ 10 000). Information about the lottery is only here.

To suit: those who are afraid to return home for a number of real or contrived reasons (political persecution, national or racial identity, faith, persecution of business, sexual orientation, family violence).

How long to lecture: you can ask immediately after the entry, even in the airport; the result is to wait from six months to a year, in difficult cases to 3 years

Stages of the procedure:

Kiev resident Marc Kobylinsky is in the process of obtaining political asylum, at the insistence of a lawyer, does not specify specific reasons. He arrived in the United States about a year ago, three days before the expiration of the visa, filed a document asking for his refugee status.

According to Yuri Moshi, the founder of the American Visa Application Center, there are now a lot of Ukrainians, especially from the eastern regions, the Crimea, and from people who have worked with the past authorities and fear for their business.

Mosha himself went through the path of entrepreneurial emigration. In Russia, Yuri was the owner of a real estate business, at the peak of his development he became disliked by the authorities and decided to emigrate, asking for asylum. “However, 90% of those applying for asylum are not very rich people. As a rule, these are those who collected about 5 thousand dollars and decided to start life over again, ”says Mosha.

Mark from Kiev, meanwhile, is preparing to confirm the reasons for his petition to the immigration officer. After asking friends, he already knows that it is almost impossible to prepare for it. “Everything always depends on the human factor and the officer’s mood, an interview can last from a minute to an hour, the questions may not even touch on the topic of the interview. And among the emigrants there are frightening stories about certain officers from whom it is impossible to obtain status, and one must definitely prepare for a challenge in court, ”he says.

The waiting time for an interview depends on the number of applications in the office at the place of residence. The most loaded requests from Russian tourists are California, Florida, New York.

According to lawyers, now this method enjoys unprecedented popularity. The leaders are Russia and Ukraine.

“You can apply for asylum right at the airport upon arrival, but no later than one year after arriving in the United States,” says Irina Mazur, a lawyer at the Law Office of Francois-Ihor Mazur. Irina is Ukrainian herself, a lawyer by training, and has lived and worked in America for the past 14 years. The office has a large number of political cases from Uzbekistan, Russia, Kazakhstan, Georgia and Belarus.

When applying for political asylum, it is very important not to fall into the hands of fraudsters - otherwise they will not only not help, but can also create problems with the law.

Therefore, the lawyer plays the main violin. According to Irina Mazur, even consultations from lawyers unlicensed in the United States, which are widely offered on the Internet, are a violation of the law. “No self-respecting lawyer will waste time on free consultations. If you see such an ad, it is definitely a trap and stupefaction, which will take all the money out of you and will definitely create a lot of problems with the law, especially if they write that the result is guaranteed, ”says Irina. On such free consultations, you can rarely get a qualified answer. Usually, the first, but real, consultation costs from $ 75-100, there are also special centers that provide the services of licensed lawyers either for free or at reduced prices, for example HIAS.

Mazur gives an example history David Lynn's acclaimed consultant from Philadelphia, who turned out to be not a lawyer, but a swindler, and even illegal. His clients spent the last and a lot of money and waited for them to be granted refugee status for years - and as a result, they lost the opportunity to stay in the United States, many were even deported.

We remind you: you need to be very careful with the choice of a lawyer and the story you are following. For example, lawyers offered the author of the material five different scenarios, from which you can choose any one at will.

Read about other ways to stay in the USA:

3. Marriage with a US citizen

9. Become a witness in a high-profile case

10. Stay illegal and wait for amnesty

Registration for the DV-2022 green card lottery has opened: where and how to participate

Editor's Choice
Subscribe to ForumDaily on Google News
Facebook
Telegram
Vkontakte
to bookmarks
Подпишитесь на нашу рассылку We will write to you only about the most important
2021-09-21 01:16:15vvvvv