Home Educational program Ten most underrated sights in the USA

You shouldn't even try to count all the sights that flaunt in the vast expanses of the United States. Most tourists pay attention to only the most famous ones - and in vain: places that are not mentioned in guidebooks sometimes turn out to be much more interesting than the promoted locations. Here is a list of the most underrated American landmarks from “Subtleties of tourism". 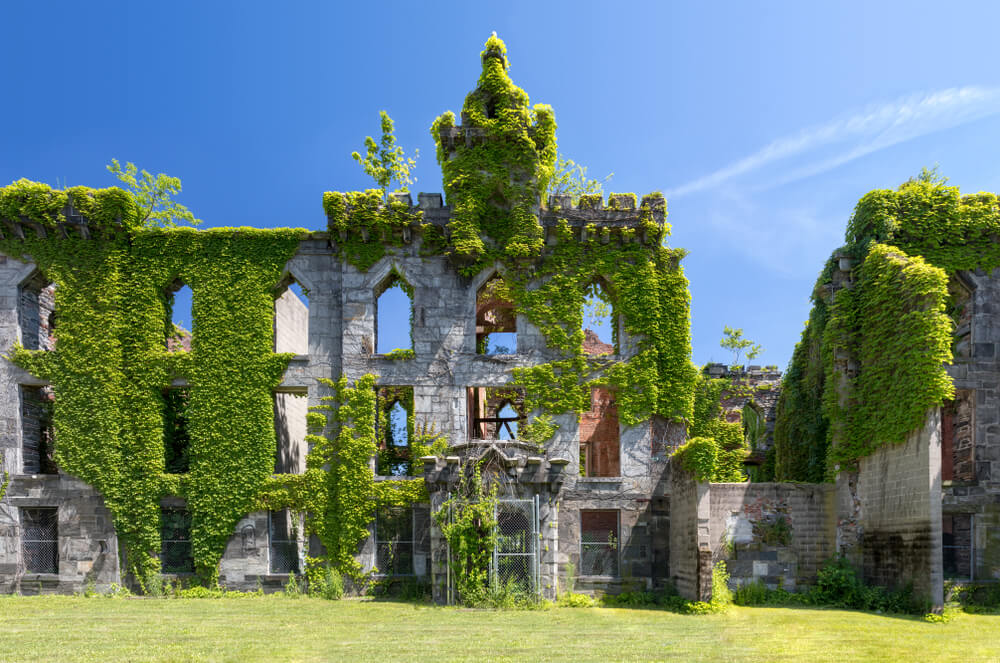 Roosevelt Island is an oasis of serene tranquility amid the hustle and bustle of restless New York. A narrow strip of land between Manhattan and Queens, stretched along the East River, has recently been a favorite resting place of the New Yorkers themselves. A magnificent view of the metropolis opens from here: the familiar skyscrapers are visible from an unusual angle. The architecture of the island itself is also unusual: there were built residential eco-quarters, octagonal Octagon - a former psychiatric corps, 15-meter lighthouse and Roosevelt’s Four Freedoms Park with a huge bronze head of the president in a cube of light marble.

You can get to the island by cable car: a panorama of the cabins is beyond praise.

One of the best national parks in the United States, Lassen Volcanic, is located about 3 hours' drive from San Francisco. It is more impressive than even the famous Yellowstone: volcanoes of all existing types - lava, cinder, shield and layered volcanoes fit in its compact territory. By the way, the world's largest volcano with a lava cone - Lassen Peak - is also located here.

Tickets to the national park - 12 USD for visitors on foot and 25 USD for entering by car. Prices on the page are for March 2018.

Salvation Mountain in southeastern California, in the middle of the lifeless desert of Colorado, is like a psychedelic dream come to life. The bright installation covering a hill a few miles from Lake Salton Sea is the fruit of the fantasy of a local resident, Leonard Knight, who was later sent to a hospital with a diagnosis of dementia. Having carefully studied the technology of the Navajo Indians, he built an elevation of straw and unbaked brick, spending several thousand liters of paint. To see the mountain mottled with biblical quotes, you need to hurry: the desert climate is ruthless, and after the death of Knight only volunteers support the landmark.

The Mountain of Salvation became the setting for famous films and clips: Sean Penn shot “Into the Wild” here, and Hurts and Coldplay did the video for their hits.

Indian Grinding Rock Park near Jackson is one of the most eloquent testimonies of Native American life in the country. The exposition is dedicated to the life of the Miwok tribe: there are copies of ceremonial buildings, all kinds of tools, wickerwork, fragments of rock paintings and crater-like “burrows” in limestone rocks where Indians have been grinding flour from acorns for centuries.

Americans love cave tours, which seem to take you back in time. The Lost River Caverns complex between Philadelphia and New York is also a kind of time machine: huge figures of dinosaurs meet at the entrance, and inside there are 400 m of illuminated paths winding through bizarre limestone formations.

A walk through the caves takes about 45 minutes, tickets are for 13,25 USD for adults and 8,25 USD for children. 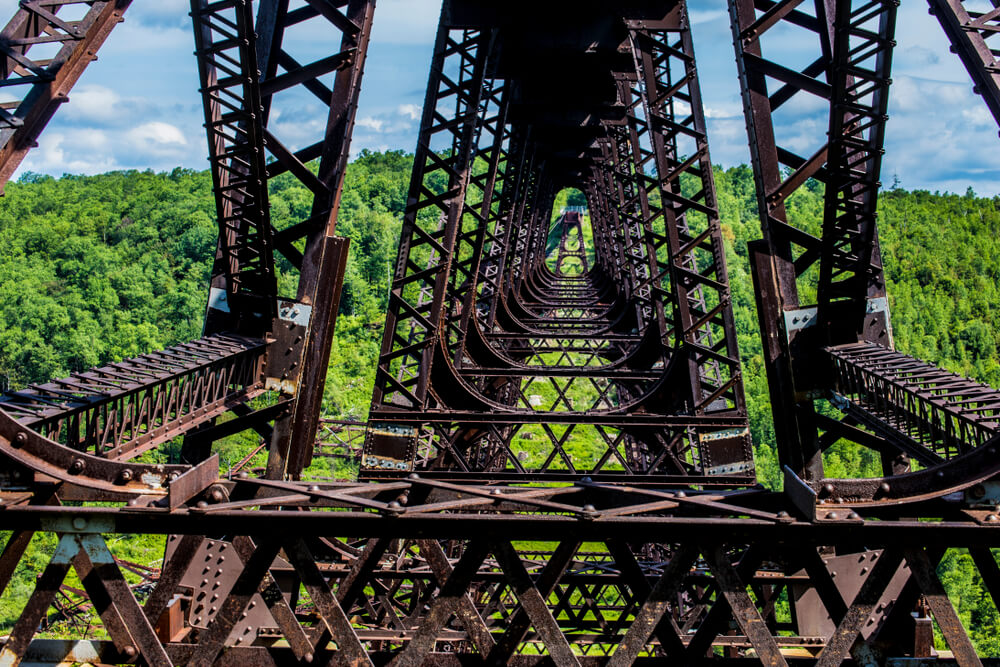 The pride of the Kinzu Bridge National Park in Pennsylvania is the Kinzu Overpass, one of the tallest railway bridges in the United States. In 2003, it was destroyed by a tornado, and the government decided that there was no need for repairs: the ruins turned into clear evidence that nature still leaves the last word in a dispute with humans. A glass observation deck was equipped at the edge of the overpass: dense forests, a valley, a stream and twisted debris lying under the cliff - a quite dramatic sight.

Whitney's plantation near New Orleans demonstrates with eerie honesty how the slaves of the South lived. Impeccably knowledgeable, passionate staff tell blood-curdling stories - the ones that are still ashamed on many other surviving plantations. The statues of children who worked here silently gaze at the visitors; some of the monuments are inscribed with quotations, for example, how 60 slaves were beheaded for attempting to escape. Guided tour cost - 22 USD.

For movie buffs, Winterset, Iowa, hasn't changed much since Clint Eastwood filmed Bridges of Madison County with Meryl Streep here. Even the diner in the old-fashioned central square is still there. By the way, it was here, in Winterset, that the Oscar-winning "king of the Western" John Wayne was born: his house has now been turned into a museum with a nostalgic exposition and a souvenir shop.

Small and modest at first glance, the Computer Museum in Bozeman, Montana, is unremarkable from the outside and incredibly interesting inside. It was not without reason that Apple co-founder Steve Wozniak financed it: ancient manuscripts, originals of Shakespearean manuscripts, artifacts of Tesla, Edison and Bell, the first robots and ultra-modern computers - it seems that all information carriers from the beginning of time to the present day are collected here. And presented to the public for free.

The Frenzy Horse Memorial in South Dakota is the world's largest monument carved from solid rock. This is not just an image of a tribe warrior Ogla-Lakota, but a collective image, an ode to Native Americans. Sculptor Kolchak Zulkowski began construction in 1948, but managed to finish only the face of an Indian. Today descendants and enthusiasts who receive funds exclusively from private donations continue the work of his life.

When the monument is ready, the Rushmore Mountain 18 will simply fade: the giant’s estimated dimensions are 195 meters wide and 172 meters high.