In which countries can you get a digital nomad visa for remote workers who receive less than $3000 per month? Insider. 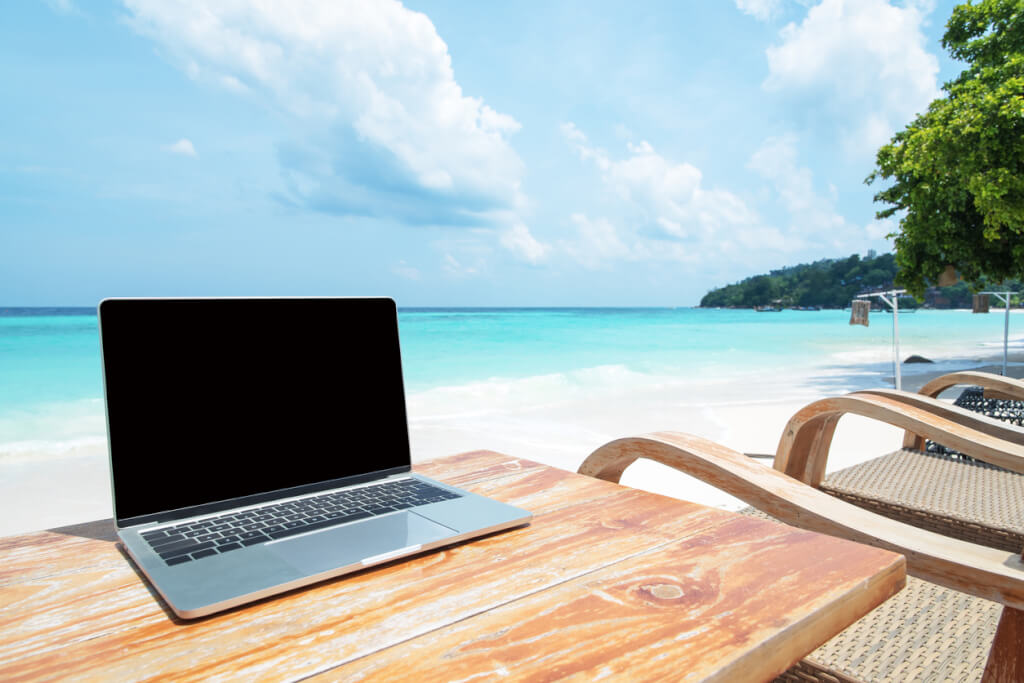 A digital nomad visa, sometimes also referred to as a remote worker visa, a digital nomad (a person working remotely who regularly travels to different locations) entitles you to reside and work in a particular country for an extended period of time.

Although New Zealand does not yet offer a long-term digital nomad visa, remote workers of some nationalities can apply for a "vacation work visa" for one to two years. However, if you stay in the country for more than 183 days, you will be considered a New Zealand tax resident.

On the subject: Homeschooling: Many Americans have taken their children out of school and are teaching them 'on wheels' while traveling

2 Portugal: The minimum annual salary is around $7.

The Portuguese D7 visa, also known as the “Portuguese Passive Income Visa”, is one of the most affordable options for digital nomads. Applicants must earn $7 per year and have health insurance to qualify.

The D7 visa also allows recipients to travel freely within the Schengen area, making it one of the most popular visas for remote workers. According to immigration consulting firm Belion Partners, recipients can also qualify for a 10-year tax credit by becoming an "unusual resident."

3. Colombia: minimum monthly income is about $670.

On October 22, Colombia will launch a digital nomadic visa that will allow foreign nationals to work remotely in the country for up to two years. Entrepreneurs who are planning to set up a tech startup in Colombia can also apply.

Applicants must have health insurance coverage of approximately $670. Local income tax is levied on foreigners living in Colombia for more than 183 days, according to accounting firm KPMG.

4. Cape Verde: The average bank account balance should be around $1490 over the past six months.

Cape Verde is an island nation located off the west coast of Africa.

Digital visa Nomadic Country, first launched in 2020, allows remote workers to live on the island for 6 months, with an option to extend to 12 months.

To apply, applicants must provide proof of health insurance and an average bank balance of $1488,27 over the last six months.

According to the embassies Brazil, the Brazilian Digital Nomad Visa was launched in January this year and is open to remote workers who earn at least $1500 per month or have at least $18 in an available bank account at the time of application.

This South American country has become so popular with remote workers that a northern surf town in Pipa is being built "nomad village».

According to Brazilian law firm CGM, digital nomads living in Brazil for more than 183 days within 12 months will pay local income tax.

6. Hungary: minimum monthly income of about $1980 six months prior to entry.

The Hungarian digital nomad visa, officially called a "white card", allows foreign remote workers to stay in the country for up to one year, renewable for a second year.

The visa also allows you to stay in the Schengen area - a region comprising 26 European Union member states where travelers can move freely without encountering border controls - for up to 90 days.

According to Hungarian Office for Immigration and Asylum, applicants must provide proof of employment and monthly wages in excess of $1980 in the last six months prior to entry.

According to local accounting firm Helpers Finance, white card recipients residing in Hungary must pay local income tax if you "physically spend at least 183 days in a given calendar year" in the country.

Georgia's digital nomadic visa called "remotely from Georgia" was launched in 2020 and allows citizens of 95 countries to live and work in the country for 180 days.

According to the Georgian news platform Agenda, in order to qualify, candidates must earn at least $2000 a month and have health insurance.

Digital nomads who make at least $2600 in gross income per month can apply for a “self-employed residence permit” in the Netherlands.

The application process is comparatively more difficult than other digital nomad visas, as it is only open to freelancers whose work is considered "of substantial interest to the Dutch economy", according to the immigration agency of the Netherlands.

If approved, the resident visa is valid for a maximum of 2 years. Recipients must pay all applicable local taxes.

Maltese program Digital Nomads requires applicants to have a minimum monthly income of $2675. Members are completely exempt from any local income taxes, making this visa one of the most tax-friendly digital nomads.

The permit also serves as a Schengen visa, allowing recipients to stay in 26 different European countries for up to 90 days at a time.

Latvian digital nomad visa, announced in February of this year, allows foreign nationals to work in the northeastern European country for up to one year with the possibility of renewal.

To apply, your employer or business must be located in a country that is a member of the Organization for Economic Co-operation and Development, according to the immigration news site. SchengenVisaInfo.com.

Applicants must earn 2,5 times the average monthly salary in Latvia, which is about $2830, according to the Office of Citizenship and Migration Affairs. According to European law firm Sorainen, recipients will be eligible for a reduced personal income tax rate.

No multiple visas and 80 euro fee instead of 35: it will be more difficult for Russians to get permission to enter the EU

Belarus plans to revoke citizenship of oppositionists who have gone abroad

Trump scares wealthy liberals: rich Democrats buy citizenship of other countries, fearing the outcome of the upcoming US presidential election