Home In the U.S. H-1B work visa holders: how many are in the US and how often do they become immigrants

H-1B work visa holders: how many are in the US and how often do they become immigrants

The United States Citizenship and Immigration Services (USCIS) published a report that gave an overall assessment of H-1B non-immigrant visa holders who are eligible to work in the United States. Data was collected on September 30, 2019 and published the other day the official website. 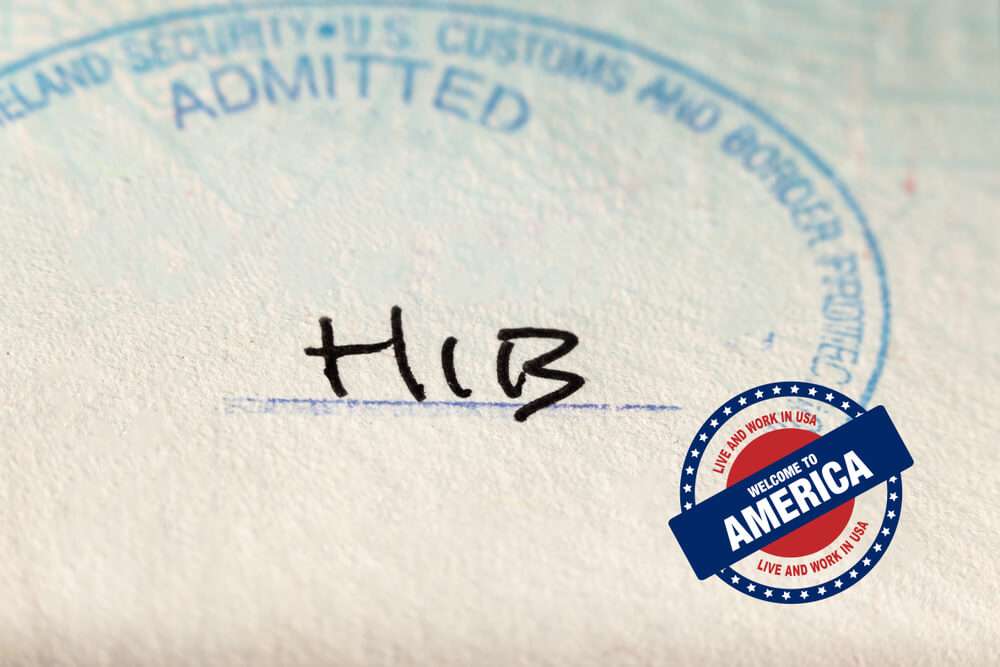 The analysis showed that, as of the indicated date, the number of persons entitled to employment on the H-1B visa was 583 people. All foreigners included in this number are not immigrants; they have received permission from the USCIS and the State Department (if applicable) to work in their specialty according to the specified visa. The report shows the total number of foreigners who are approved beneficiaries of I-420 (H-129B).

The H-1B nonimmigrant visa is a means by which US employers can obtain foreign workers on a temporary basis in certain occupations. The report's authors note that estimating the US population with H-1B visas and associated work permits (ATWs) remains challenging, as no electronic data system tracks or posts this information.

The ATW population is defined as the totality of unique foreign citizens who (1) are beneficiaries of the approved I-129 petition in H-1B specialty, and (2) did not receive the status of legal permanent resident (LPR), did not change their status to another non-immigrant one, and did not receive refusal on a visa when applying to the US consulates abroad.

On the subject: Hundreds of thousands of work visa holders have lost their legal status in the USA: what's next

The report did not exclude foreigners who had a valid H-1B visa / status, but refused their visa or status (left the United States permanently or did not try to enter the United States after receiving an approved petition for a new job). Those who approved the visa, but did not miss customs officers at the points of entry at the points of entry, were not removed from the general report.

The USCIS Electronic Registration System (SOR) shows 725 approved petitions H-613B valid for fiscal year 1 and beyond. However, one foreigner may be the beneficiary of several petitions. Since there is no unique identifier for H-2019B petitions in USCIS, the study authors used a statistical inference methodology.

The actual number of non-immigrant H-1B residents in the United States is less than the estimated ATW population. First, even if a foreigner is a beneficiary of an approved I-129 H-1B visa application, they may need approval to obtain a visa from the US Department of State, including entry into the United States. In some cases, a visa will not be issued, in which case the foreigner will not be able to come to work. Secondly, H-1B workers can also change their status to become legal permanent residents (LPR). Thirdly, foreigners who were previously assigned the status of H-1B, can change the status to another non-immigrant.

Foreigners in H-1B status can request a change of status to nonimmigrant. They can apply for a different status based on employment (for example, O-1, L-1, etc.) by filing a new Form I-129; can request a status change to non-work-related (such as F-1, H-4, etc.) by completing Form I-539. In the first case, 485 people did it, in the second - about 1475 people.

A non-immigrant can become an immigrant by changing status to a lawful permanent resident (LPR or green card holder) at the discretion of USCIS, if he is eligible. Historical data show that the vast majority (over 80%) of H-1B status holders who changed status did so based on a change in preference categories, a minority because of family, humanitarian and other reasons.

On the subject: 'Come along' pay less: 7 unexpected discoveries about moving to the USA on a work visa

Since the H-1B visa is valid for up to 3 years, former H-1B holders who changed their status from fiscal year 2017 to 2019 could potentially have H-1B visas valid until September 30, 2019. Recent data show that in 2017 and 2018, 37 and 001 people adjusted their status to a permanent legal resident, respectively. For 31, there is no data yet, the authors of the study suggest a figure of 561. The total estimated number of non-immigrants H-2019B who changed their status in fiscal years from 28 to 236 is 1.

In total, as of September 30, 2019, 1 people had the right to work on the H-583B visa in the United States. The ATW population is expected to be about 420% higher than this estimate in the first two quarters of fiscal year 2020.

Parent's opinion: why the start of the 2020 school year in the USA turned out to be a failure