Long-suffering residents of the small Austrian village of Fucking confirmed that from January 1, this settlement will be called Fugging. Fans of unusual place names will mourn the loss, writes DW. 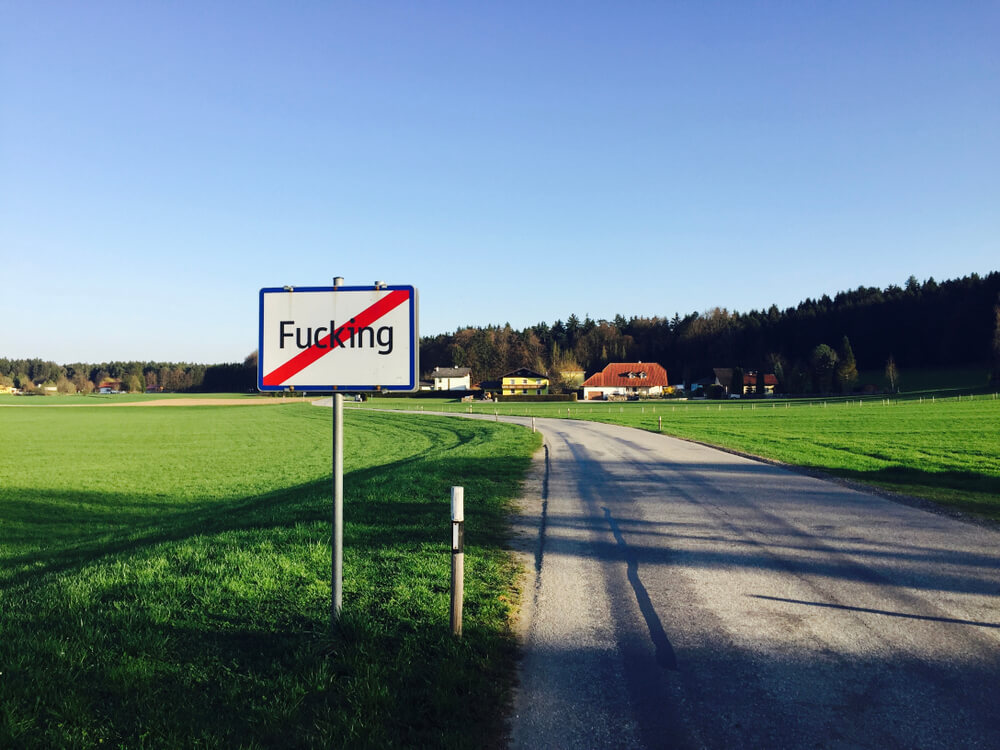 The local council announced on Thursday, November 26, that the small Austrian village of Fucking will get rid of the unfortunate name, which is causing lively tourist activity and frequent theft of name signs and signs.

Mayor Andrea Holzner told Austrian TV channel Oe24 that the name will be changed to Fugging from 1 January 2021.

A small community in Upper Austria of about 100 people has been pushing for a name change for years. The name of the village north of Salzburg, near the border with Germany, has no “obscene” meaning in German.

Locals were disappointed with the theft of signs with the name of the village, the influx of tourists and people taking pictures of the sign.

Activists use the word Fucking for good

The small village largely escaped the attention of the rest of the world before the advent of the internet. But with the proliferation of social media, it was often included in the lists of places with the funniest or weirdest names.

In the past year, some locals have used an unusual name to encourage community activism, such as placing signs above and below the village name so that the message reads “Our climate is - Fucking - important!” (Our climate is - damn it - important!)

At the same time, “Fugging” better reflects the pronunciation of the name by the locals, so now the name will be changed. It is unclear what will happen to the current signs and signs.

There has been no news about possible changes in the names of the nearby villages of Oberfucking and Unterfucking.

The settlement was known as Fucking for about 1000 years.