Home Our people Independence Day from Putinism: Russians rallied against the war in Ukraine in San Francisco and around the world

Independence Day from Putinism: Russians rallied against the war in Ukraine in San Francisco and around the world

On June 12, the date of the official celebration of the Day of Russia, thousands of Russians around the world held an alternative action - "Independence Day from Putinism." By coordinators, it was attended by representatives of Russian-speaking diasporas from more than 35 countries of the world - from Australia to the United States, including most European states, several post-Soviet countries, Japan, South Korea and others. 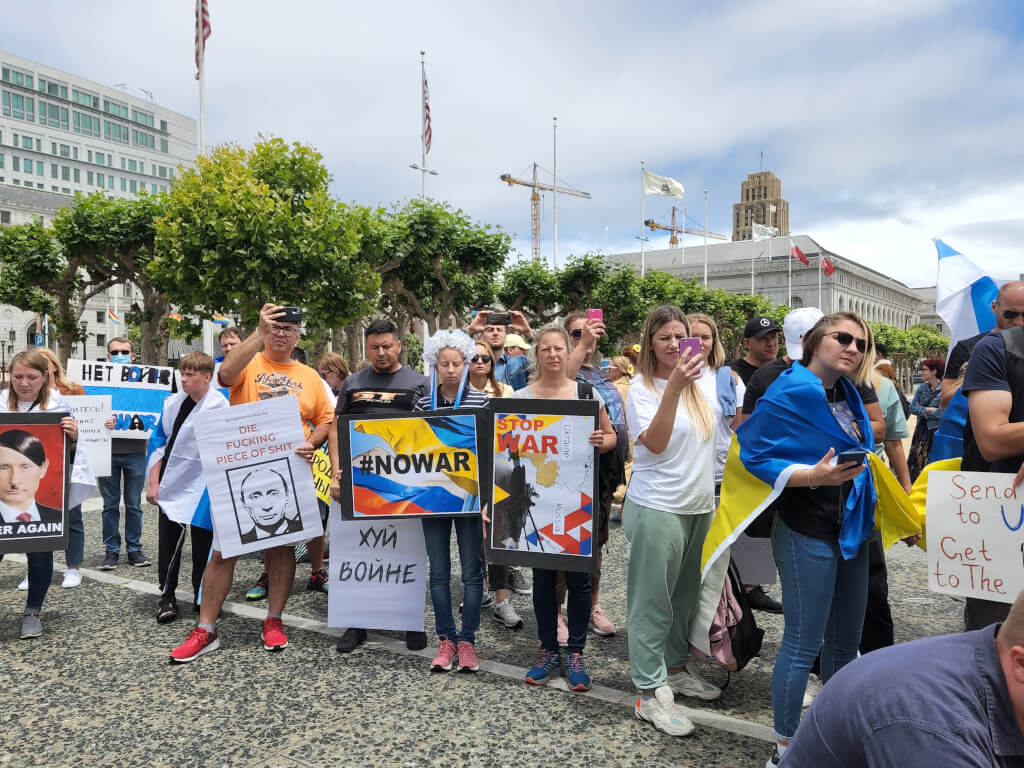 In each city, the organizers themselves determined the agenda of the rally, but the common message of all the actions was a protest against Russian aggression in Ukraine, and a common symbol - a white-blue-white flag - a symbol of Russia without predatory imperial ambitions, expressed by a "bloody" red stripe. In the capital of Northern California, San Francisco, a guest unexpected for the majority of those present took part in the rally - Lyubov Sable, ally of an opposition politician Alexey Navalny.

As Lyubov explained in a comment for ForumDaily, the main goal of such actions is to demonstrate that not all Russians are in solidarity with the aggressive policies of Vladimir Putin.

«It is important to show that there are adequate, normal Russians who do not want war. It is necessary that the entire civilized world understand that not all Russians support Putin - this is absolutely not the case. People are protesting against the war both at home and abroad.", - says Sobol.

In her opinion, united, oppositional Russians from the diaspora are able to influence the governments of the countries in which they live, especially if these governments defiantly support “neutrality” or even cooperate with Putin’s Russia. Like the Ukrainians, the victims of organized repression can show by personal example why one should not hope for "appeasement of the aggressor."

«We see how the Ukrainian, Belarusian, Moldovan and other diasporas achieve impressive results. Russians, unfortunately, are very atomized within the country, and therefore less active abroad”, the politician complained. Lyubov Sobol urged compatriots not to be silent and to convey their position, including through the media of the countries where they live, including radio and television. 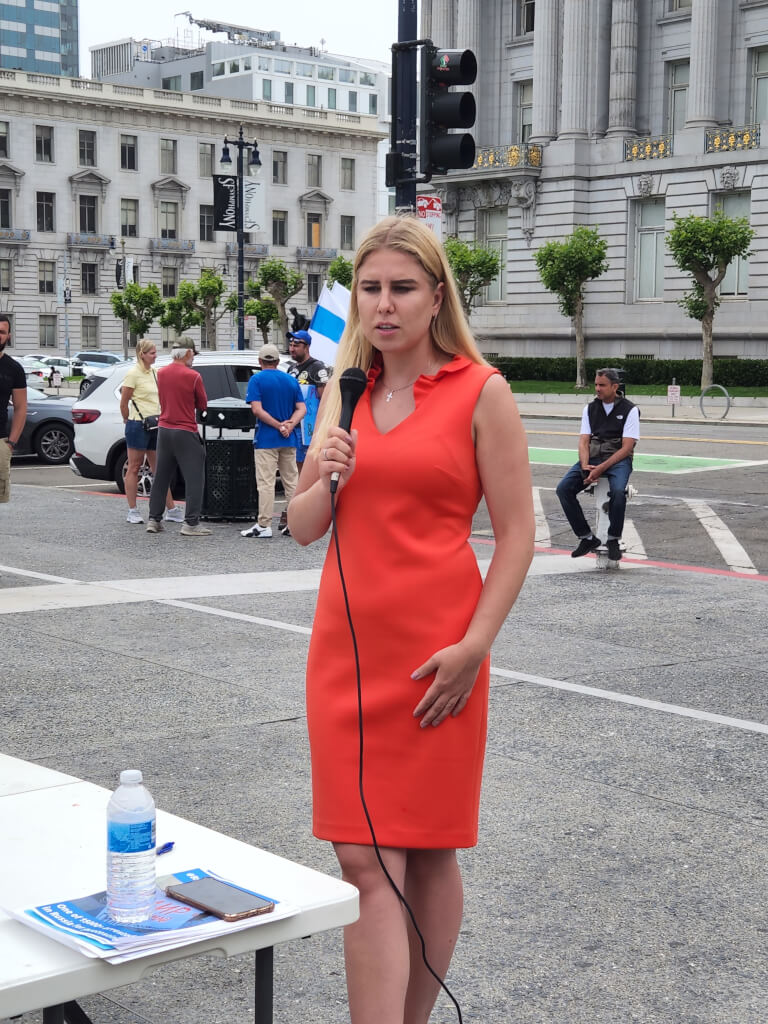 Biologist at the University of California, San Francisco Peter Lidsky lamented that Putin made adequate Russians feel at the same time Germans and Jews during the Second World War. However, he is also sure that people who support dictatorship and war are only a part of society, carriers of a certain "Chekist" mentality.

«Our trouble is that we did not destroy the KGB in due time. In 92, it was clear to the last KGB officer that communism had discredited itself, and even the views of the Chekists, I think, differed little from the majority at that time. But they retained their culture, and modern Russian fascism sprouted in this culture.“- he is sure.

On the subject: British intelligence forecast: By 2023, Putin will be in a sanatorium, and a spy successor will come in his place

However, part of the audience is not so optimistic, and believes that Putin's support in Russia is higher than only among the "heirs of the KGB." Emigrants draw these disappointing conclusions from communication with their own friends and relatives.

«Among my Russian acquaintances there are people who do not particularly support the war, but even they are biased towards the West. In conversations with me, they gloat about whether our gasoline has risen in price, and it is obvious that they repeat propaganda clichés. And that goes for people who try to be apolitical. Moreover, even here in the US, I have met people who are not related to the post-Soviet diaspora, but who support Putin. For example, I know a Greek who would like Greece to have a similar "leader" too. His speeches also often contain propaganda patterns."- notes Mikhail Nikitin. 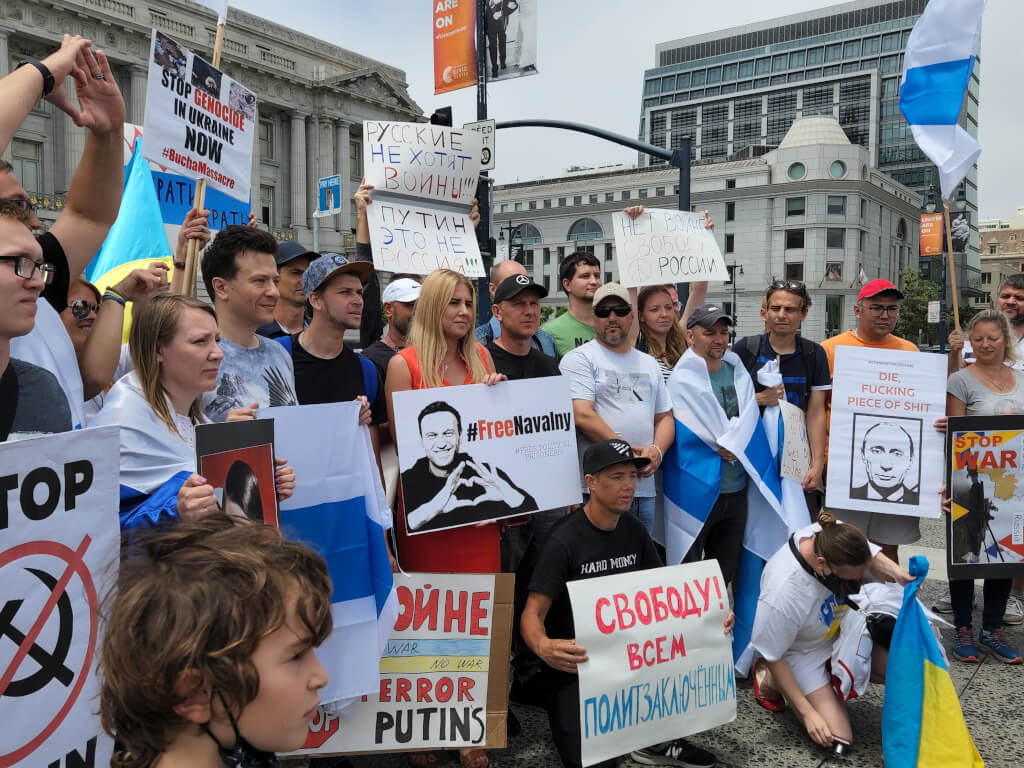 Anton Kalashnikov came to the US with his wife after Russia's full-scale invasion of Ukraine, and also has no illusions about what is happening in the country. The young man ran into problems back in 2021, after participating in rallies for the release of Alexei Navalny.

«When the data of people who had registered for these rallies was stolen, we began to receive personalized threats with promises of arrest for supporting an “extremist organization.” Leaving the house, we saw the police - something like "surveillance"He lists.

After the invasion began, many of Anton's friends began to leave, and some of those who remained are now facing criminal charges.

«But the majority, including our relatives and acquaintances, take a passive position, which ultimately leads to a tacit approval of the war. When I started actively expressing my anti-war position on social networks, I was faced with the fact that 10-15% of people whom I know very well in my personal life either unfollowed me or began to write negative comments to me“, he admits. At the same time, Anton notes that even while in America, he would first of all want to do his best in order to influence the public opinion of those who remained in Russia.

Another participant of the rally, an immigrant from Ukraine Elena Avtukh, for its part, expressed great gratitude to the caring Russians.

«Every day I love you more and I feel that I am here in order to later convey to the rest that you are amazingly brave people, you have made great sacrifices by speaking out against the war. It is very important that this thread be kept between us."She stresses. 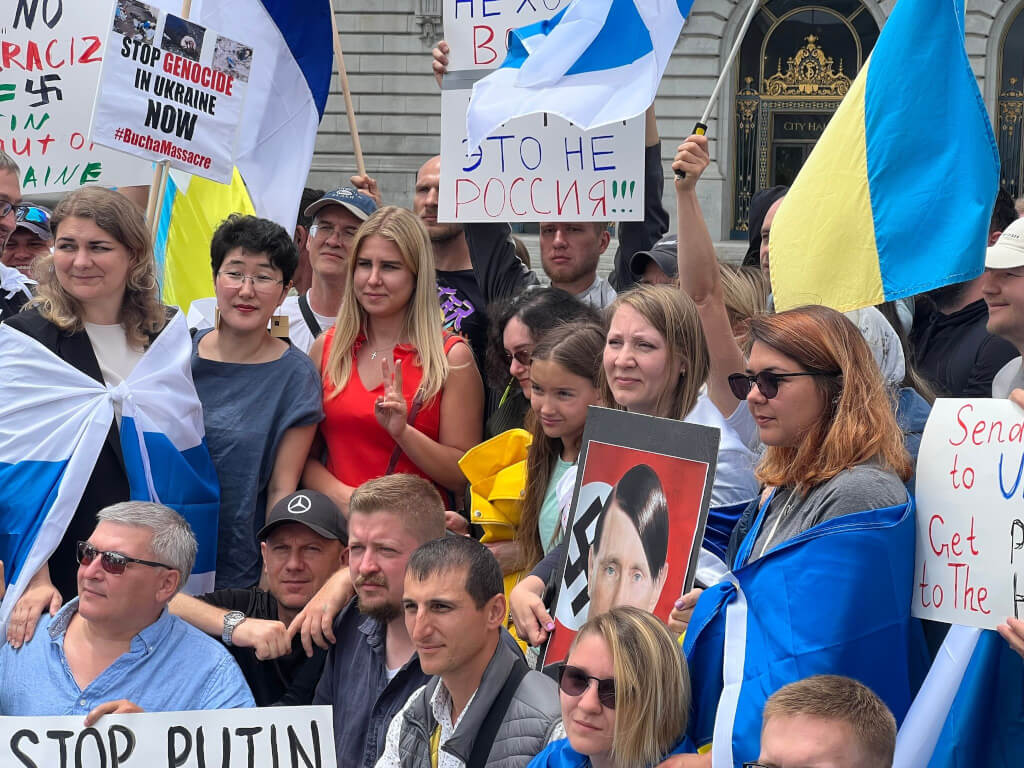 Being a native of the Dnieper, Elena has always preferred to speak Russian, but with the onset of the invasion, she tries to switch to the Ukrainian language out of solidarity with her people. At the same time, she emphasizes that no one oppressed Russian-speaking Ukrainians before the war, and the positive attitude towards Russians was so great that even after the start of Russian aggression in 2014, many Ukrainians in the first weeks of the war in Donbass could not overcome the psychological barrier and shoot Russians.

«I saw with my own eyes that people simply could not accept this reality. Even the guys who were returning from the front line experienced mental problems, because they could not fully comprehend this truth - that Russia unleashed a war on our land. Before the first major battles, some could not bring themselves to shoot, but the Kremlin's behavior forced us to accept this terrible reality."She says.

'Your husband is absent': how relatives of the Russian military sent to Ukraine are trying to find out where they are and whether they are even alive

'The Far East of Russia is waiting for you!': how Ukrainians are taken to God-forgotten Russian villages, promising mountains of gold

Russia's nuclear doctrine: whom and why the Kremlin is ready to fire rockets