Daria Grossman, top contestant on the 2018 Russian edition of The Voice is a young, immensely talented vocalist and songwriter from the small northern city of Petrozavodsk. Her family always had American pop and soul songs playing; from her earliest childhood Daria's love of music was awakened. But that alone cannot account for the incredible voice; her understanding of scales and interpretation is innate. Other musicians, including Sergey Shnurov recognized this in Daria; this one is 'special'. 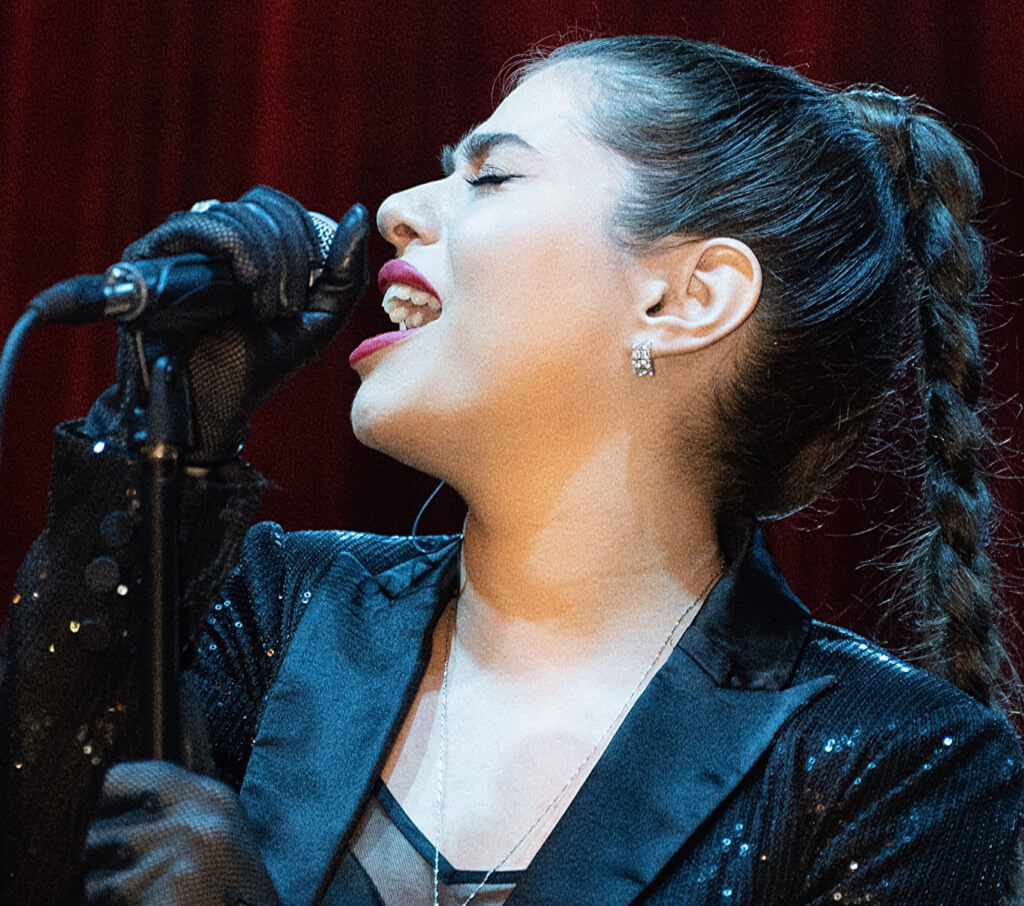 Possessed of an earthy, infectious, and magnetic mezzo soprano, Daria's gritty yet polished sound and confident swagger draw excited comparisons to the iconic superstar Amy Winehouse, albeit with a more natural, less stylized image that appeals to current audiences. Her destined road to stardom began with winning a competition on radio Energy, and a TV award from “High five and sing” on the STS channel.

Daria's warm and soulful natural persona is born of countless childhood hours spent listening to her musical heroes Michael Jackson, Freddie Mercury and of course Amy Winehouse. It was ever-present in her music-filled home, her parents are both musically inclined and Daria was amazed listening to Whitney Houston and Stevie Wonder.

The first time Daria heard MJ sing it struck her deep in her soul's consciousness; even though at the time she spoke no English. At the age of eight Daria announced that she was going to America after seeing a Michael Jackson video on TV. It sent chills through Daria: “The emotion from Jackson's voice went far beyond the brink of child's susceptibility - the energy transmitted through the screen knocked me off my feet. I understood every word, not knowing English, I felt the movement of each note, not knowing anything about music theory, I felt exactly how and what principle the melody was built on. ”

Daria experienced a rare phenomenon, a psychic transmission of the musician's process... “It is a difficult to describe feeling”, but it led Daria to the conclusion: “If this person is from the USA and he writes such music, then I should go there.” There is no question that young children are more sensitive to feelings and pure sensations. Most 'outgrow' these intuitions, the lucky ones never do. Encouraged by her parents, Daria followed the vibe that prompted her to find her own sound resonating with the octaves of her own unusually developed vocal sound. 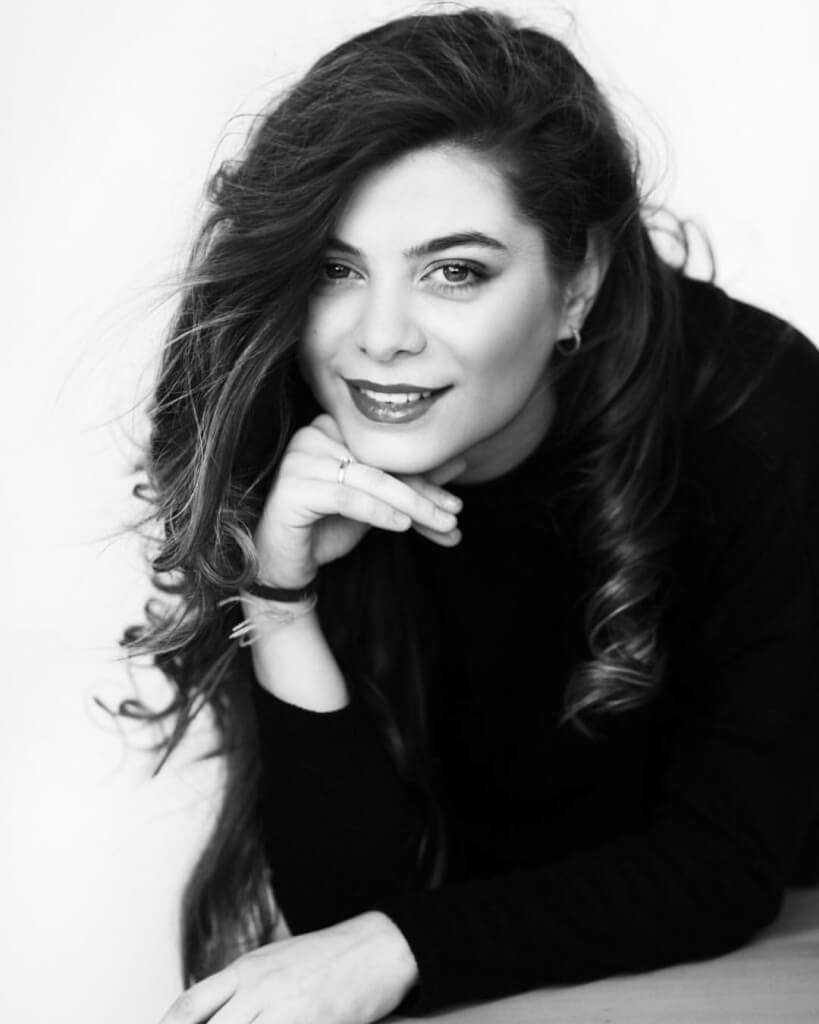 And then came The Voice... Daria steps onto the stage, the judges chairs turned away as the show's traditional 'Blind Audition.' Within seconds of Daria's singing “Stronger than me, ”A track from Any Winehouse's 2003 album, the first two chairs turned around. Daria's musicality, and connection with the audience and her fellow musicians was so obvious. Sergey Shnurov, internationally famous lead singer of Leningrad and film composer spun around in his seat, pressing the famed red button and declared for Daria. She chose him as her mentor, and it was with his band Leningrad that she performed before 30,000 people at the Olympia auditorium. It marked her forever. “Leningrad is perhaps the largest group in terms of the number of participants in Russia, about 30 people on stage at once. It's a pleasure to work with them. And the energy that you get from so many viewers is indescribable. This is a huge adrenaline rush. " 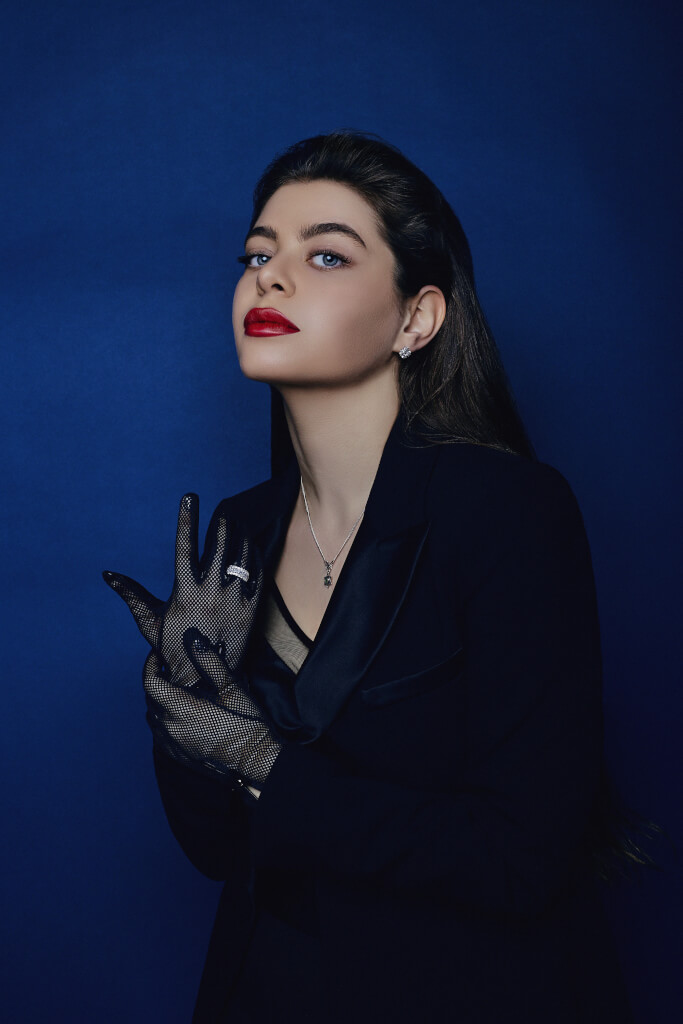 91 of 100 jury members commented positively on Daria's performance. Daria was especially encouraged by Sergey Lazarev's comments: “These are the voices that are remembered, these are the real diamonds of our show”. Daria thrives on audiences and live interaction. This is no studio creation whose albums require amplification or doctoring to sound exceptional. She has also written and released original music, which can now be found on digital platforms.

Fast forward: In June of 2021 Daria arrived in Hollywood. This gutsy young woman with her unique voice, open personality and supportive mentor has nowhere to go but up, and for the music world, that happens in the US.