Home World A tsunami in California, a rumble in Alaska and a dangerous cloud of ash: an eruption of an underwater volcano struck the whole world

An underwater volcano near Tonga has erupted for the third time in four days. CNN. 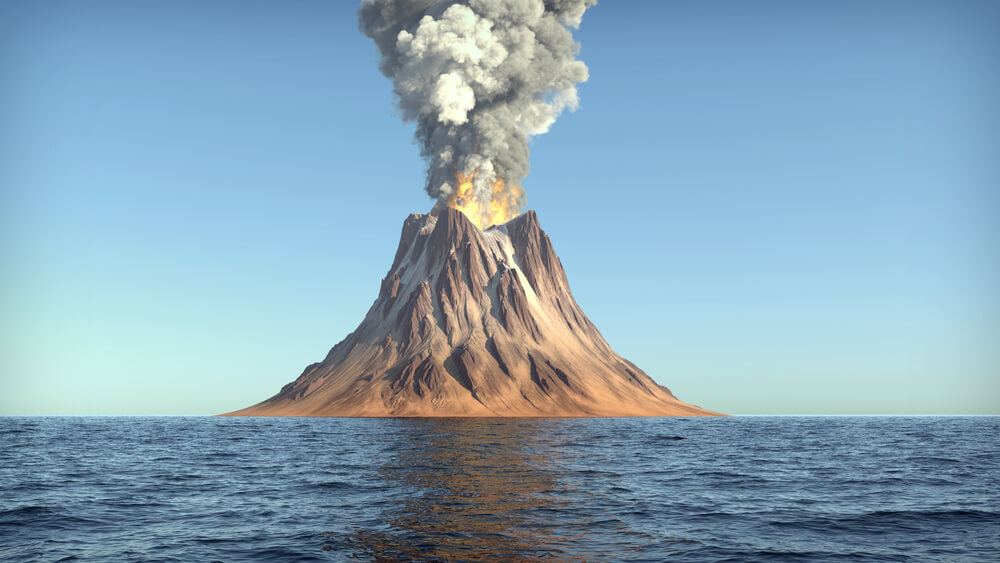 This potentially threatens reconnaissance flights to assess the damage caused to the island nation in the Pacific Ocean after a powerful eruption and tsunami on January 15th.

The Australian Meteorological Service said there was a "major eruption" of the Hunga Tonga-Hunga Ha'apai volcano on January 15, but no tsunami warnings were issued.

According to experts, the January 15 eruption was probably the strongest ever recorded on the planet in more than 30 years. Dramatic footage from space captured the eruption in real time as a huge plume of ash, gas and steam was thrown into the atmosphere up to 20 kilometers away, and tsunami waves hit the Pacific Ocean.

Social media showed people running as waves flooded Tonga's capital, Nuku'alofa, and the daytime sky turned pitch black from a heavy ash cloud. Tsunami waves have also been recorded thousands of miles along the US West Coast, in Peru, New Zealand and Japan. At least two people have died in Peru after being swept away by high waves.

No mass casualties have yet been reported, but aid organizations are concerned about polluted air and access to clean water for people on the outlying islands of Tonga.

Due to the lack of communications, Australia and New Zealand sent planes to inspect the damage.

Here's what we know about the eruption and fallout.

Tonga is a Polynesian country made up of more than 170 islands in the South Pacific and home to about 100 people. It is a remote archipelago located about 000 km east of Fiji and 800 km from New Zealand.

The Hunga-Tonga-Hunga-Haapai Volcano, about 30 kilometers southeast of Fonuafou Island in Tonga, lies underwater between two small islands at an altitude of about 2000 meters from the seabed, with about 100 meters above sea level.

Researchers say it has erupted regularly over the past few decades.
In 2009, an eruption sent plumes of steam and ash into the air and formed a new land above the water, and an eruption in January 2015 created a new island about 2 kilometers wide, effectively connecting the islands of Hunga Tonga and Hunga Haapai.

The last eruption began in December 2021, when plumes of gas, steam and ash rose about 12 kilometers into the air. The volcano erupted again on January 14, and a powerful eruption on January 15 sent shockwaves around the world and generated tsunami waves across the Pacific Ocean.

Where did the tsunami hit?

The eruption triggered a tsunami on Tonga's largest island, Tongatapu, with waves recorded at a height of 1,2 meters near the city of Nuku'alofa, which rushed onto coastal roads on January 15 and flooded houses.

Tsunami warnings have gone into effect in the Pacific island countries, including Fiji, Samoa and Vanuatu. Footage from the ground in Fiji shows people running on high ground in the country's capital, Suva, as large waves crash against the coast.

Tsunami warnings and advisories have also been issued from parts of New Zealand, Japan and Peru to the United States and British Columbia in Canada.

Waves up to 2,7 meters high were observed in Japan's northeastern Iwate Prefecture, with many smaller tsunamis reported in many other places, according to public broadcaster NHK. By noon on January 16, all tsunami warnings had been lifted in Japan.

The eruption also sent waves to the US West Coast, some of which are over 1-1.20 meters high, according to the National Weather Service in San Diego. Tsunami waves were felt in California, Alaska and Hawaii.

The Institute of Geophysics in Alaska wrote that even they could hear the rumble of the eruption: according to local volcanologist David Fee, part of the shock wave was in the audible range - a howl and rumble were heard, reports with the BBC.

“A very powerful signal is not very surprising, given the scale of the eruption, but the audible part is a rather unique thing,” the scientist said.

The sharp jumps in atmospheric pressure caused by the shock wave were also reported by meteorologists located on the opposite side of the globe in Spain.

What happens to the ash cloud?

A giant volcanic ash cloud blanketed Tonga over the weekend, darkening the daytime sky and blanketing Nuku'alofa in a thick foam of volcanic dust on January 15.

Save the Children said that drinking water supplies can be contaminated with ash and smoke, and air and water safety is a matter of urgency in Tonga.

The ash cloud drifted west and was visible over Fiji, Vanuatu and New Caledonia on January 16. According to the state weather service, on January 17 it reached the Australian Queensland.

“If you spotted a particularly stunning sunrise, it was sunlight scattered by volcanic ash from the Tonga eruption,” the Queensland Met Office said on Twitter.

The ash prevented an Australian reconnaissance flight from taking off to assess damage in the early hours of 17 January.
Several flights from Australia, New Zealand and Fiji to Tonga were delayed due to the ash cloud. Early evidence suggests that the volcanic eruption was the strongest since the 1991 eruption at Mount Pinatubo in the Philippines.

"The large and explosive lateral spread of the eruption suggests it was probably the largest since the 1991 Pinatubo eruption," Cronin said.

What is the extent of the destruction?

So far, there have been no reports of mass casualties in Tonga and the extent of the damage remains unknown as communications, especially on the outlying islands, have yet to be restored.

He said "many areas" were affected by "significant volcanic ash fall" but "the full extent of damage to life and property is currently unknown."

New Zealand Prime Minister Jacinda Ardern said on January 16 that the tsunami waves had a "significant impact" on Nuku'alofa, with boats and large boulders washed ashore. “Shops along the coast have been damaged and significant cleanup will be required,” she said.

The main submarine communications cable was also damaged, likely due to a power outage.

Australia's Minister for International Development and the Pacific, Zed Seselya, said there was "significant property damage" in Tonga, including to roads and homes. He said information coming from the outlying islands is still "very limited, if any."

The International Federation of Red Cross and Red Crescent Societies said its teams are on the ground and have enough supplies in the country to feed 1200 families.

“Based on the small updates that we have, the scale of destruction could be massive, especially for the outlying islands,” said Cathy Greenwood, head of the IFRC delegation in the Pacific.

The New Zealand Defense Force sent an Orion aircraft to Tonga on a surveillance mission to assess the damage. Ardern said the country has earmarked an initial $340 for humanitarian aid, technical support and local response support.

Australia has said it is preparing for more support, with the plane loaded with humanitarian supplies such as water and sanitation kits ready to be delivered to Tonga as soon as conditions permit.
China and the self-governing island of Taiwan said they were ready to provide assistance at the request of Tonga.