Due to the influx of coronavirus patients, which has created a critical situation in the health care system, Los Angeles County is introducing a mandatory 10-day quarantine for everyone who comes to the area from outside Southern California, writes KTLA. 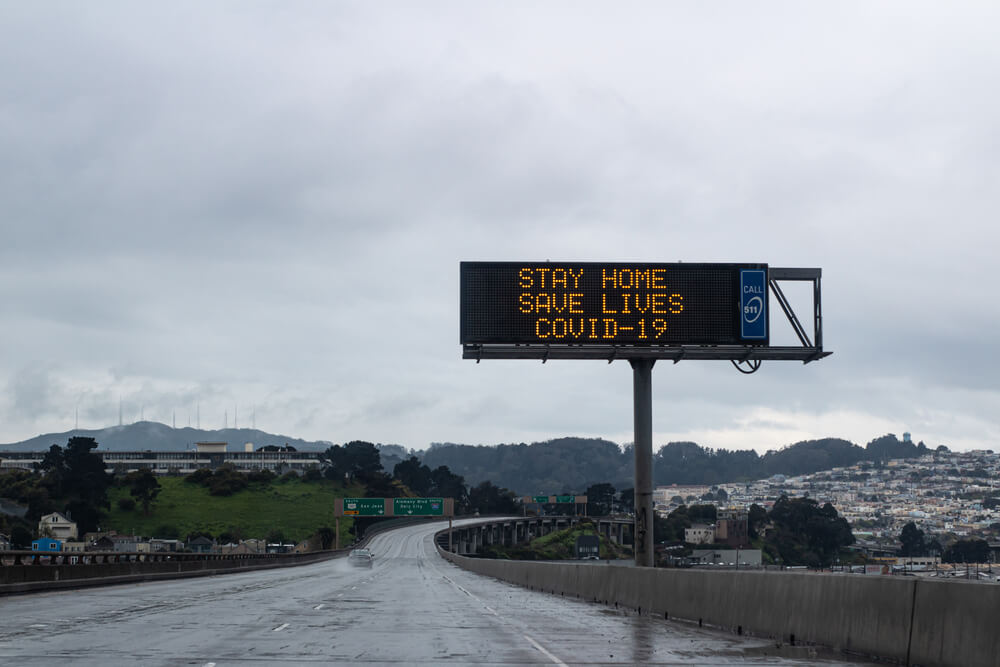 The new rules came into effect as officials are struggling to curb the spread of COVID-19 amid what public health officials have called the county's “fastest acceleration” of cases at any point during the pandemic.

Over the past month, the number of cases in Los Angeles County has approximately doubled, from 400 to 000. In comparison, it took the County about 800 months to cover the first 000 cases.

On Sunday, January 3, 12 more cases of the coronavirus were reported in the county, and another 488 deaths were attributed to the virus. There are more than 91 COVID-7500 patients in hospitals, approximately 19% of them in intensive care units.

The latest executive order came after travel to and from the region increased during the holidays - officials fear it could worsen the current outbreak if mitigation measures are not taken.

“The strategy to stop the surge is pretty simple. When people stay away from other people, the virus cannot spread as it does now, ”explained District Director of Public Health Barbara Ferrer.

The order applies to anyone who travels to Los Angeles County from outside Southern California, whether by plane, car, train, or other means of transportation — both residents and non-residents. As defined by the state, Southern California includes 11 counties: Los Angeles, Orange, Riverside, San Bernardino, Ventura, San Diego, Santa Barbara, San Luis Obispo, El Centro, Inyo, and Mono. Travelers arriving at Los Angeles International Airport will need to complete a mandatory online form.

On the subject: Named the most dangerous district to live in the United States: it is located in California

What does quarantine entail

According to the public health directive, those who are not traveling for emergency reasons must be quarantined for 10 days after entering Los Angeles County. This applies to both residents and non-residents.

According to the Los Angeles County Health Department, the order defines quarantine as "staying at home or in another temporary shelter away from contact with other people, including your family members." Officials recommend organizing the delivery of food and essential supplies to such a place.

In addition, travelers from other regions should monitor for COVID-19 symptoms within two weeks of arriving in the area.

There are a few exceptions, including licensed health professionals, those working for major state bodies or infrastructure, members of professional or student sports teams, and film or media personnel working in the county.

Anyone traveling around Los Angeles County but not staying overnight also does not need to be quarantined.

Mandatory quarantine will remain in effect until it is changed or completed. Similar orders were issued in other parts of the states, including the counties of San Francisco and Santa Clara.

Funeral homes in California run out of space

The head of the California Funeral Homes Association says the industry can barely handle the pressure, writes New York Post.

“I've been in the funeral industry for 40 years, and I never thought that this would happen, that I would have to tell my family, 'No, we can't take your family member,'” said Magda Maldonado, owner of Continental Funeral Home in Los -Angeles.

On average, Continental hosts about 30 funeral events a day - six times more than usual. The bureau owners call each other to see if anyone can handle the overflow, and the answer is always the same: they are full too.

To keep up with the flow, Maldonado has leased additional 50-foot (15-meter) refrigerators for two of the four properties it operates in Los Angeles and surrounding counties. Continental is also delaying the delivery of bodies from hospitals by a day or two.

Bob Ackermann, executive director of the California Association of Funeral Homes, said the entire process of burying and cremating bodies, including embalming and obtaining death certificates, had slowed down. At normal times, cremation can occur within a day or two; now it takes at least a week or more.

“The volume is incredible and they fear they will not be able to keep up with the number of deaths,” he said. "And the worst could still be ahead."

In Los Angeles County alone, the epicenter of the California crisis, COVID-19 has killed 10 people. The hospitals in the area are overcrowded and are struggling not to be left without essential supplies such as oxygen as they treat an unprecedented number of patients with respiratory problems. On Saturday, January 000, US Army Corps of Engineers arrived to upgrade oxygen delivery systems at selected hospitals.

On the subject: California residents are rapidly leaving: the state may lose a seat in Congress

“Given the urgent need to conserve oxygen, emergency services should only administer supplemental oxygen to patients with oxygen saturation below 90%,” the directive says.

California officials recently said they were having trouble getting the right amount of oxygen to critically ill coronavirus patients, resulting in at least five Los Angeles County hospitals declaring an "internal disaster," meaning they could refuse patients. " ambulance ".

Coronavirus patients typically require 60 to 80 liters of oxygen per minute, while other patients may receive 6 liters per minute. Dr. Jeffrey Gunzenhauser, chief medical officer for Los Angeles County, said officials are looking into "every possible way to reduce the burden on hospitals."

In addition to oxygen rationing, the agency released leaflets last week stating that ambulance personnel should not transfer patients with little to no chance of survival to hospital.

What happens in other states

Just over 19 people have died from COVID-2500 on the national average over the past seven days, according to Johns Hopkins University. The number of new cases reported daily during this period averaged about 195, less than two weeks earlier.

There are concerns that holiday gatherings could trigger another rise in cases.

On Friday, January 1, Arkansas officials reported a record number (over 4300) of new cases of COVID-19. Gov. Asa Hutchinson tweeted that the state is "experiencing a dramatic growth after Christmas travel and gatherings," and added, "Our first decision in the new year should be to follow the guidelines."

In Louisiana, on Saturday, January 2, the funeral of an elected Congressman who died from complications of COVID-19 was held. Republican Luke Letlow died on Tuesday, December 29, at the age of 41. His oath was set for Sunday, January 3rd. He is survived by a wife and two children, aged 1 and 3.

The state has only 580 intensive care beds and staff serve more than 12 hospitalized coronavirus patients, a number that has grown steadily since September and set record highs last week, Texas officials said.

In Wind Rock, Arizona, the Navajo nation remained quarantined over the weekend in an effort to slow the rate of infection. The tribe reported seven more deaths late Friday night, January 1, bringing the total since the start of the pandemic to 23 infections and 429 deaths. The reservation includes parts of Arizona, New Mexico and Utah.

The number of infections is believed to be much higher than reported because many people have not been tested, and research shows that people can catch the virus without feeling unwell.

On Saturday, January 2, Arizona reported 18 new cases for January 943 and 1, a record for the state in any two-day period. 2 people died.

In the US, health workers massively refuse to be vaccinated against COVID-19

A California resident gets sick with COVID-19 despite being vaccinated: why it can happen