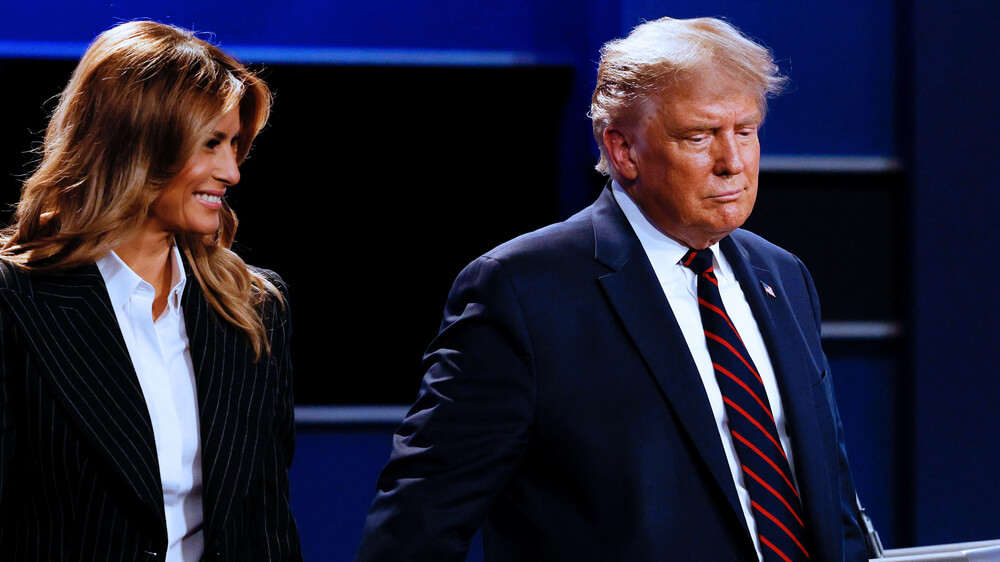 It is unclear what vaccine and how many doses the Trumps received.

The revelation came after the 45th president urged his followers to get vaccinated against the virus during a speech at the Conservative Political Action Conference (CPAC) in Orlando, Florida.

The event took place on 28 February. Trump told the audience, "This vaccine is painless, so everyone should get it."

The claim marked a notable shift, as Trump, in power, has long rejected the severity of the virus and avoided practices such as social distancing and wearing masks.

CNN previously reported that a White House spokesman said in mid-December that Trump would not be given the coronavirus vaccine until recommended by the White House medical team.

On the subject: 'The President will return triumphantly': Trump delivered his first public speech after leaving the White House

At the time, the adviser said, Trump was receiving a cocktail of monoclonal antibodies that he was given while recovering from Covid-19.

Trump's decision to get the vaccine quietly, without public fanfare, is in stark contrast to his successor and predecessors. President Joe Biden and Vice President Kamala Harris were vaccinated live in December, and Presidents Barack Obama, George W. Bush and Bill Clinton have volunteered to receive their Covid-19 vaccines on camera to boost public confidence in the vaccine's safety.

Former President Jimmy Carter was also vaccinated against the virus.

During his speech at CPAC, Trump, who has overseen the rapid development of coronavirus vaccines through Task Force Operation Warp Speed, said his administration deserves a lot of praise for America's current vaccination pace.

“Never let them forget that it was us. We did it, ”he said of developing a vaccine.

Trump's advisor told CNN that the former president's White House speechwriting team has returned to help him draft his Sunday address to the conference. Among those speechwriters was Trump's former chief domestic policy adviser, Stephen Miller.

Trump's remarks about vaccine development contradicted a CNN report in January that Biden and his advisers had not inherited any plan to distribute the coronavirus vaccine from the Trump administration.

In the early hours after Biden was sworn in, sources with direct knowledge of the new administration told CNN one of the biggest shocks Biden's team had to endure during the transition: they saw a complete lack of a vaccine distribution strategy under Trump. even weeks after several vaccines were approved for use in the United States.

Trump took a model plane from the White House: what the presidents of the United States took with them