Main page At home CNN: Russia is increasing its military presence in the Arctic and testing 'superweapons' there

Russia is amassing unprecedented military power in the Arctic and testing its latest weapons in a region recently ice-free due to a climate emergency, in an effort to secure its northern coastline and open a key shipping route from Asia to Europe. Tells about it CNN. 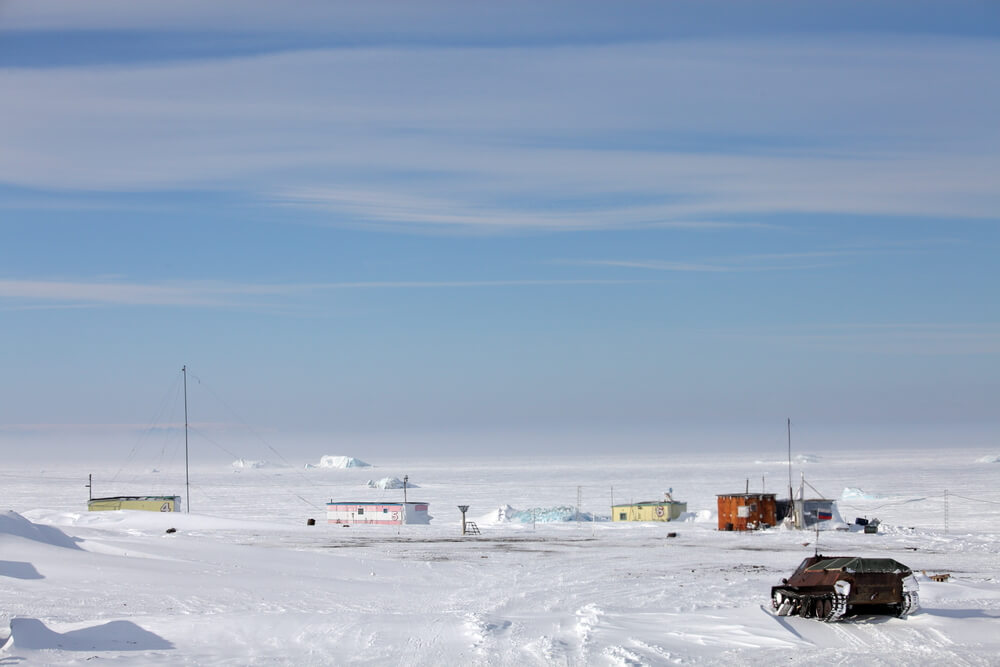 Weapons experts and Western officials have expressed particular concerns about Russia's "superweapon", the Poseidon 2M39 torpedo. Development of the torpedo is progressing at a rapid pace: Russian President Vladimir Putin has asked his Defense Minister Sergei Shoigu for an update on a "milestone" test in February, and further tests are planned for this year, according to numerous state media reports.

This unmanned, stealthy torpedo is powered by a nuclear reactor and is designed to bypass coastal defenses - such as the American one - on the seabed. According to Russian officials, the device is designed to deliver a multi-megaton warhead, causing radioactive waves that would render sections of the target's coastline uninhabitable for decades.

In November, Christopher Ford, then Assistant Secretary of State for International Security and Nonproliferation, said the Poseidon was intended to "flood US coastal cities with radioactive tsunamis."

Experts agree that this weapon is "very real." Norwegian intelligence chief Vice Admiral Nils Andreas Stensones told CNN that his agency has assessed Poseidon as “part of a new type of nuclear deterrent. And it is at the testing stage. But it is a strategic system, it is focused on goals ... and has an impact far beyond the region in which they are currently testing it. "

Satellite images provided to CNN by space technology company Maxar show a dramatic and continuous buildup of Russian military bases and equipment along the country's Arctic coast, as well as underground storage facilities, likely for Poseidon and other new high-tech weapons. Russian equipment in the Far North includes bombers and MiG31BM fighters, and new radar systems off the coast of Alaska.

The buildup of Russia's power was accompanied by the movement of NATO and US troops and equipment. For example, American B-1 Lancer bombers stationed at Norway's Orland Air Base recently completed missions in the eastern Barents Sea. In August, US officials recognized the US military's stealth submarine Seawolf in the area.

A senior State Department official told CNN, "The Russians are clearly posing a military challenge in the Arctic," including refurbishing old Cold War bases and building new facilities on the Kola Peninsula near Murmansk.

“It matters to the United States and its allies, not least because it creates the ability to project power all the way to the North Atlantic,” the official said.

On the subject: Another 15 years of Putin: the Russian president officially zeroed his terms in power

Satellite images show the slow and methodical consolidation of trefoil airfields and bases - with a trefoil pattern printed on the red, white and blue of the Russian flag - in several locations along Russia's Arctic coast in recent years. The bases are located on the territory of Russia and are part of the legal protection of its borders and coastline. However, US officials have expressed concern that the force could be used to establish de facto control over areas of the Arctic that are farther away and will soon become ice-free.

“Russia is modernizing Soviet-era airfields and radar installations, building new ports and search and rescue centers, and building up its fleet of nuclear and conventional icebreakers,” said Lt. Col. Thomas Campbell, a Pentagon spokesman. "It is also expanding its network of anti-aircraft and coastal missile systems, strengthening its ability to prevent access and block areas over key parts of the Arctic."

Campbell also noted the recent creation of a rapid reaction force at two Arctic airfields - Rogachevo and Anadyr - and tests at Nagurskoye airfield last year. Satellite images from March 16 show probable MiG31BMs in the Nagursky area - this is believed to be the first time that new capabilities of Russian stealth aircraft have appeared in the Far North.

High-tech weapons are also regularly tested in the Arctic region, according to Russian officials cited in state media and Western officials.

Campbell added that in November Russia announced a successful test of the Zircon anti-ship hypersonic cruise missile. Zircon and Poseidon are part of the next generation of weapons that Putin pledged in 2018 to re-strategize the game in a rapidly changing world.

At the time, U.S. officials despised the new weapon as technically contrived and incredible, but it looks like it is getting closer to being implemented. Norwegian intelligence chief Stensones told CNN that Zircon is "a new technology with hypersonic speed that is difficult to defend against."

US officials also expressed concern about Moscow's apparent desire to influence the Northern Sea Route, a shipping route that runs between Norway and Alaska along Russia's northern coast across the North Atlantic. The NSR is potentially halving the time it takes to deliver containers to Europe from Asia via the Suez Canal.

“Russian laws governing transit along the NSR exceed Russia's powers under international law,” said a Pentagon spokesman. “They demand that any vessel passing the NSR through international waters has a Russian pilot who is leading the vessel. Russia is also trying to require foreign ships to obtain a permit before entering the NSR ”.

A senior State Department official added: "Russia's claims about the Northern Sea Route are certainly an attempt to establish some traffic rules, gain some de facto agreement from the international community, and then declare that this is the right path and everything should work."

Elizabeth Buchanan, Lecturer in the Department of Strategic Studies at Deakin University, Australia, said that “the basic geography gives Russia the NSR, where ice gets thinner for most of the year, making it commercially viable for use as a transport artery. This could change the world's shipping, and with it the movement of more than 90% of all goods around the world. " The rapid melting of ice is associated with the environmental emergency in the region.

A State Department spokesman believes that displaying military muscle in the north is key to Moscow's nuclear defense strategy, and could be an attempt to impose power on a wider territory.

“When the Russians test weapons, jam GPS signals, close air or sea space for exercises, or send bombers over the Arctic in allied and partner airspace, they’re always trying to send a signal,” the official added.

The Russian Foreign Ministry declined to comment, but Moscow has long documented economic and peaceful goals in the Arctic.

A March 2020 document by Kremlin politicians outlines Russia's key goals for an area accounting for 20% of its exports and 10% of GDP. The strategy is aimed at ensuring the territorial integrity of Russia and the world in the region. It also expresses the need to guarantee a high standard of living and economic growth in the region, as well as to develop the resource base and the NSR as a “globally competitive national transport corridor”.

Putin regularly extols the importance of Russia's technological superiority in the Arctic. In November, at the opening of a new icebreaker in St. Petersburg, Putin said: “We have a unique icebreaker fleet, which occupies a leading position in the development and study of the Arctic territories. We must confirm this superiority constantly, every day. "

New weapons include Poseidon 2M39. The plans for this torpedo were initially revealed as a result of an apparently deliberate waving of a document discussing its capabilities by a Russian general in 2015. Subsequently, analysts rejected it in part as a "paper tiger" weapon designed to intimidate with its apocalyptic destructive power, which, it seems, cannot be successfully used. However, a number of events in the Arctic have now made analysts think that the project is real and active.

“We are concerned about the environment. It's not just theory: we've seen serious accidents over the past few years, ”he said, referring to the test of the Burevestnik rocket, which reportedly led to a fatal nuclear accident in 2019. "The possibility of nuclear contamination absolutely exists."

Gift with a secret: how the special services of the USSR installed a wiretap in the office of the US ambassador