What is a "chain migration": facts, statistics, history

Since taking office, US President Donald Trump has come out with harsh criticism and demands that he stop what he calls "chain migration" or family-based immigration. 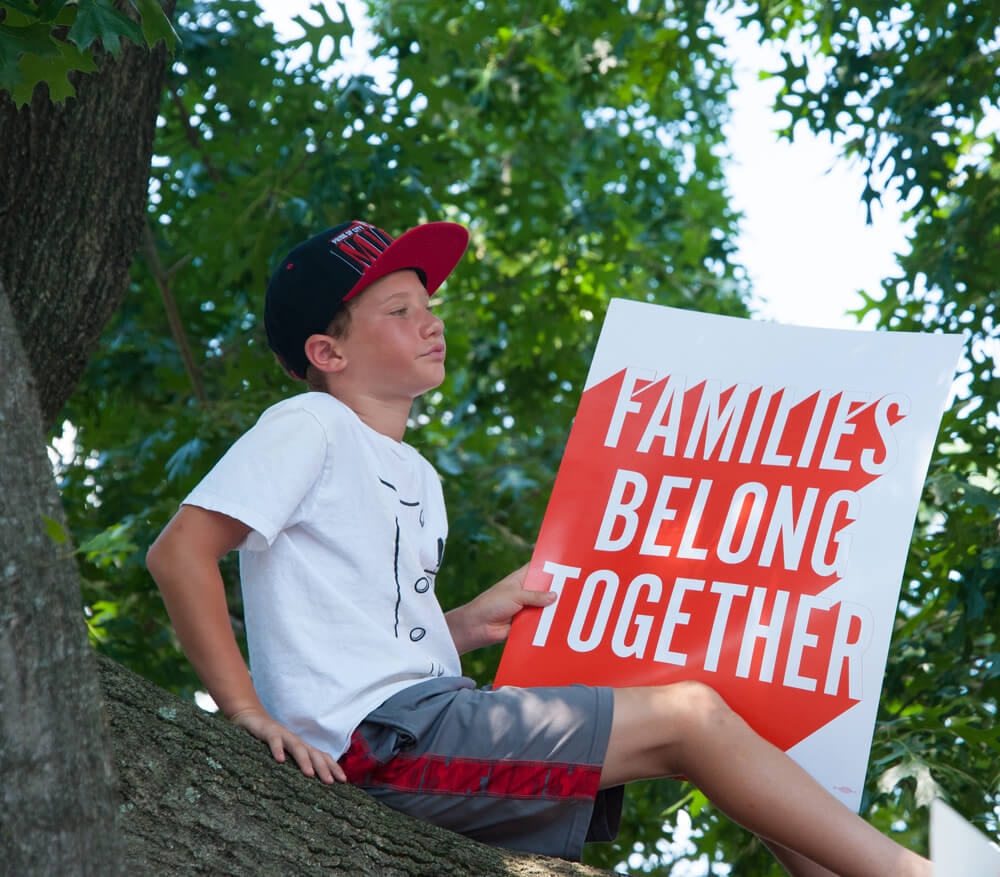 The term itself was the subject of dispute between supporters and opponents of this program. Democrats and immigration advocates argue that this is a derogatory phrase that humiliates immigrants who come under the family reunification program. Republicans claim that this is a good short name for this immigration program, writes New York Times.

In order to understand what this program is, we offer several facts and statistics about this type of immigration in the United States.

The Immigration and Citizenship Act of 1965 of the Year made priority the possibility of uniting immigrants with relatives. According to the Department of Homeland Security, about 7 of millions of nearly 11 of millions of immigrants who received green cards from 2007 to 2016 a year, did so under the family reunification program.

How does the process of sponsoring a relative's move to the US work?

Under current law, green card holders can sponsor their spouses and unmarried children to relocate to the United States for permanent residence. Citizens of the United States (naturalized or born in the country), in addition to spouses and unmarried children, may apply for their parents, brothers, sisters, and married adult children to relocate to the country.

However, there is a long waiting list for obtaining kinship ties due to numerical restrictions for family-based immigration. As of 1 in November 2017, there were more than 3,9 million people in this lineup.

After the petition for moving to the United States is submitted and approved, potential immigrants are presented with a document with a number, and an applicant can apply for a green card only when the State Department publishes information that the number has come.

Depending on the country of origin, the immigration status of the sponsor and the relationship of the applicant with the sponsor, the waiting period can last from several months to several decades.

For example, in January 2018, most immigrants sponsored by their US siblings could start applying for a green card if they applied for family reunification before 22 June 2004, i.e. the waiting period for them was 13,5 years old. Potential immigrants from India, Mexico and the Philippines, from where a lot of people are moving to the US, should be expected even longer.

What is the relationship between chain migration and DACA?

To apply for the DACA (Deferred Action for Childhood Arrivals) program, which protects against the deportation of illegal immigrants brought to the country by children (also called “dreamers”), immigrants had to be younger than 31 of the year as of 15 in June of 2012 of the year, and also must have proof that they arrived in the United States before they turned 16.

Theoretically, the children of these applicants are likely to be American citizens, and their spouses in most cases also have legal status in the United States.

If “dreamers” get American citizenship (this option is considered as one of the options for solving the problem of this group of illegal immigrants), then they will have the right to sponsor their parents or other family members to move to the USA.

But those who entered the US illegally must leave the country and wait from 3 to 10 for years before they can apply for an immigration visa. Therefore, if “dreamers” will have the opportunity to become US citizens, the need for several years of waiting will lead to the fact that they will not be able to sponsor the relocation of more than one relative in the US.

Where does the phrase “chain migration” come from?

“Chain Migration” was originally a neutral phrase used by scholars to describe immigration processes. For example, an academic paper from 1964 examining the growth of Italian neighborhoods in American cities suggested that help in finding a first home and jobs organized through primary social relations with earlier migrants to the United States played a role in this process.

In science, this term appeared in 1960's, then its use declined and at some point even yielded to the use of a newer term “family reunion”, but Trump again brought it to the peak of popularity.

According to Google Trends search data, “chain migrations” were very rare in user requests, despite the fact that in 2005 and 2015 there was a rather active discussion of changes in immigration policy. However, in December 2017, Google experienced a surge in queries using this phrase. 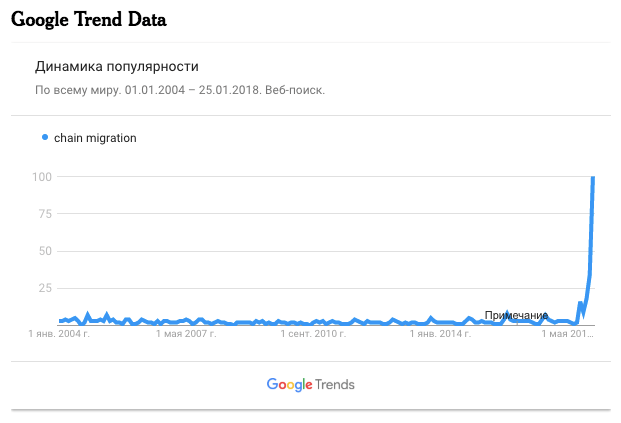 What caused this sudden surge

The president and his allies are actively using this phrase to designate a family reunification program, which they consider to be negatively affecting the situation in the United States. They propose to introduce in the US an immigration program based on the merits of potential immigrants and an assessment of the benefits they can bring to the States.

Leo Chavez, a professor of immigration at the University of California, Irvine, said he rarely heard the phrase “chain migration” in public discourse until the debate over immigration intensified in late 2017.

Five typical reasons for rejecting an application for naturalization

Where did immigrants come to the USA for the last 200 years: Infographics

A man defecates in a freezer in a store in Oklahoma: a customer gets her hands dirty with feces