Home Page culture Cinema in Russian. What to see in Halloween: the best Russian horror films

Cinema in Russian. What to see in Halloween: the best Russian horror films

Traditionally, for the Day of All Saints, major American studios are preparing a film for the audience that will frighten everyone - this year David Gordon Green’s “Halloween”. And although in Russia there is no strong tradition to celebrate this holiday, we have plenty of our horror films and horror. Revision online cinema ivi I chose the best Russian films that will definitely make you afraid and worried. So, the most interesting movie in Russian. 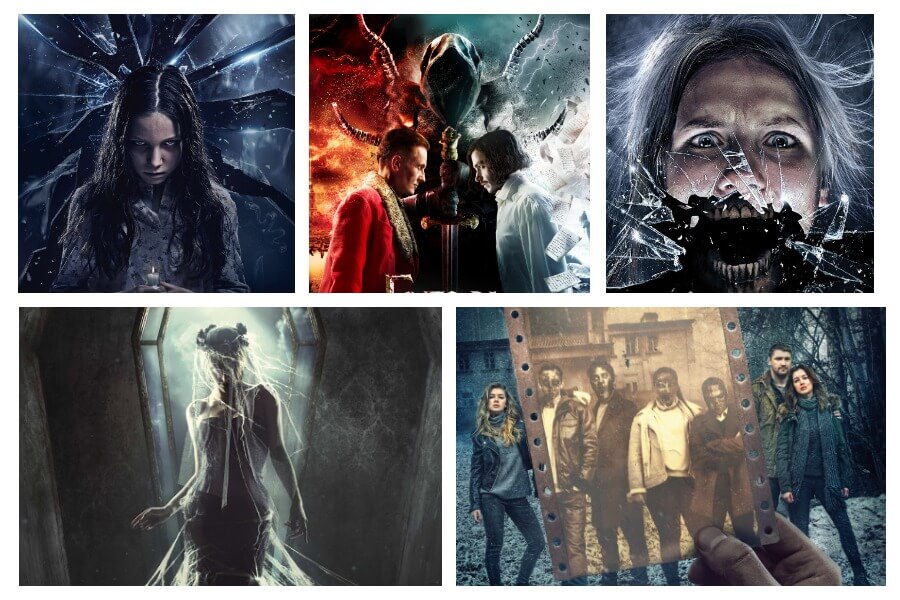 The outcome of a series of films about the new Gogol performed by Alexander Petrov was waited for by thousands of viewers across Russia.

The film “Gogol: A Terrible Revenge” is exclusively available on ivi - watch and find out who nevertheless was hiding under the guise of the Black Rider, who abducted the girls of Dikanka.

True, the secret of the Horseman is not yet the main intrigue of the literary thriller directed by Yegor Baranov.

In The Terrible Revenge, you will find not only the return of the imposing detective Guro (Oleg Menshikov), but also an unexpected meeting with Pushkin and Lermontov, who, as it turned out, also have to do with the strange hallucinations of the young Gogol, the writer and detective.

Night, old cottage, teenagers, scary stories - classics of the horror genre. The ancient legend of the Queen of Spades is one of the most popular tales among young people.

The heroes of this film decide to call the spirit of the Queen of Spades a joke, of course, without suspecting that everything will work out.

Adults do not believe that the guys really saw the image of a mysterious woman. Until one of the teenagers dies in the most mysterious circumstances ...

The first full-length film by Svyatoslav Podgayevsky in many respects, if not in all, defined the style of his work.

At Lilac Hills, the possession of 18 is the usual modern new building: for someone - the ultimate dream, for someone - a place of terrible death.

Newly-weds Maxim and Sveta have long wanted to move out of a hated communal flat, and this is how they get this chance - in the new building the prices of apartments are temptingly low, and they sell them about a special program. The newlyweds do not immediately understand that something is wrong with the house ...

Our days, winter. On the way to a party, a group of friends decides to take a memorable selfie, but does not even bother to slow down - and gets into an accident, the victims of which are a forest animal and the engine of their car.

In search of a night, friends wander into an empty house, where they find an old camera. Far from immediately, they realize that anyone who looks at his lens will fall into the next world ...

Gothic horror is something new for Russian cinema. “The Bride” with Victoria Agalakova and Alexandra The Child performs in this genre.

The film was warmly received by critics and named one of the most unusual Russian horror in recent years.

Nastya and Ivan quietly signed the registry office, but Ivan’s parents insist on a magnificent wedding in their old house. Nastya does not immediately notice how the latter-day relatives behave strangely.

It turns out that in this family there is a terrible secret: one of those engaged to a man of this kind should “associate” with a long-dead bride, and Nastya just had this “happy” chance.

Halloween Eve: 8 abandoned places in the US