Home Educational program What to eat in 2022: the best diets for losing weight, sick and lazy

What to eat in 2022: the best diets for losing weight, sick and lazy

Many promise to start losing weight on Monday, by the summer, from the new year, but such promises are rarely realized. But in order for you to keep your word given to yourself and be able to choose exactly the diet that suits you, the edition US News has compiled a list of the very best diets in different categories. 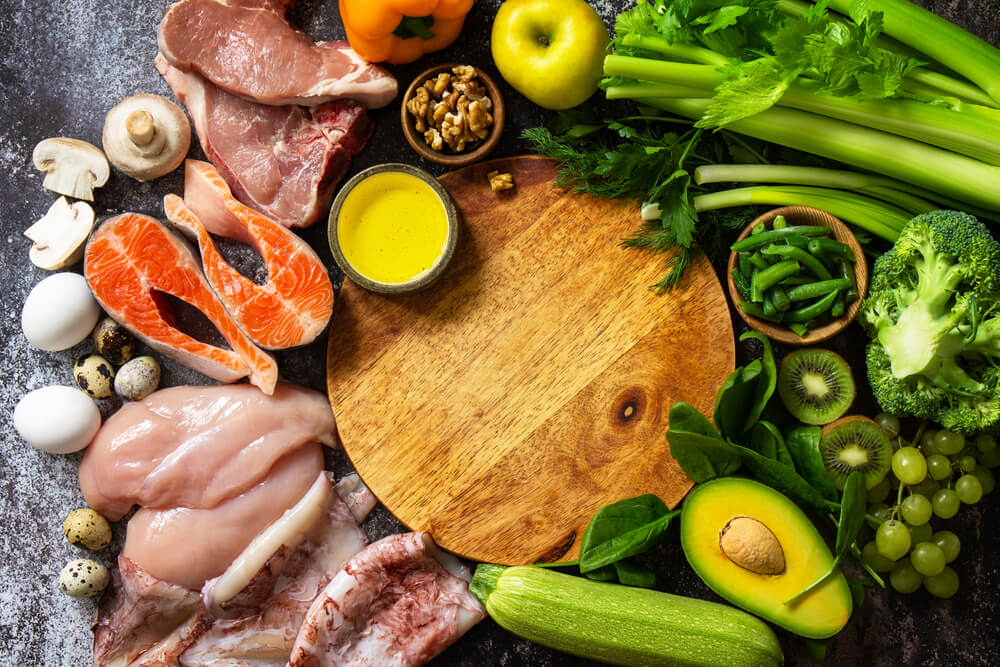 It is generally accepted that people living in countries bordering the Mediterranean live longer and shorter lives than most Americans, suffer from cancer and cardiovascular disease. No wonder the secret is an active lifestyle, weight control, and a diet low in red meat, sugar and saturated fat and high in nuts and other healthy foods.

And although there is no exact Mediterranean diet. Greeks eat differently from Italians, who eat differently from French and Spanish. But they have a lot of common principles. Working with the Harvard School of Public Health and the World Health Organization, Oldways, a nonprofit food think tank in Boston, has developed a generic Mediterranean diet pyramid that offers guidance on how to fill your plate.

In addition to being named the best, the Mediterranean diet has also won the following titles:

This diet uses approaches to combat hypertension. It is claimed that it can stop or prevent high blood pressure. The diet recommends eating fruits, vegetables, whole grains, lean protein, and low-fat dairy products, which are high in blood pressure-lowering nutrients such as potassium, calcium, protein, and fiber.

On the subject: How not to eat breakfast so as not to destroy your immunity: advice from nutritionists

DASH also discourages foods high in saturated fat such as fatty meats, fatty dairy products and tropical oils, as well as sugar-sweetened beverages and sweets. Following DASH also means limiting sodium to 2300 milligrams a day, which will eventually drop to around 1500 milligrams. The DASH diet is balanced and can be followed for a long time.

A review of research published in 2021 in StatPearls argues that the DASH diet is associated with declines:

The researchers found that, compared to healthy metabolic obesity, “greater adherence to the DASH diet was associated with a 21% lower chance of metabolic unhealthy obesity,” regardless of age, gender, energy intake, physical activity, body mass index, smoking, and educational level.

Flexitarian is a union of two words: flexible and vegetarian. The term was coined over a decade ago by nutritionist Don Jackson Blatner in her 2009 book Flexible Diet: A Predominantly Vegetarian Way to Lose Weight, Get Healthier, Prevent Illness, and Add Years to Your Life.

Blatner says you don't have to give up meat entirely to reap the health benefits of vegetarianism - you can be a vegetarian most of the time, but still enjoy a burger or steak whenever the urge arises. By eating more plants and less meat, dieters are expected to not only lose weight, but improve overall health by lowering the incidence of heart disease, diabetes and cancer, and as a result live longer.

The MIND diet combines DASH with a Mediterranean diet, and each focuses on foods that specifically improve brain health, which may reduce the risk of mental decline, according to initial research. And while there is no surefire way to prevent Alzheimer's, eating healthy foods like leafy greens, nuts, and berries can lower your risk of developing a progressive brain disorder.

The MIND diet was developed by the late Martha Clare Morris, then a nutritional epidemiologist at Rush University Medical Center, in a study funded by the National Institute on Aging and published in February 2015. A study found that the MIND diet reduced the risk of Alzheimer's by about 35% for people who followed it in moderation and up to 53% for those who followed it strictly.

Subsequent research by the Rush team found MIND to be superior to the DASH and Mediterranean diets in preventing cognitive decline. Since then, several studies have found brain health benefits of following MIND, including a study in April 2020 in Iran that concluded that the MIND diet could reverse the deleterious effects of obesity on cognitive ability and brain structure.

The MIND diet may have a protective effect against Parkinson's disease. According to a study published in January 2021 in the journal Movement Disorders, in a comparative study of adults starting at about age 65, MIND following was associated with a later onset of Parkinson's disease - up to about 17 years for women and up to eight years for men.

Weight loss and a healthy lifestyle go hand in hand with the Mayo Clinic diet. You are redefining your eating habits by breaking bad ones and replacing them with good ones with this unique food pyramid.

The pyramid emphasizes fruits, vegetables and whole grains. Typically, these foods are low in energy density, which means you can eat more but consume fewer calories. By following the Mayo Clinic diet, you can lose 6 to 10 pounds (2,7-4,5) in two weeks and continue to lose 1 to 2 pounds (0,5-1 kg) per week until you reach your desired weight.

In 2013, Mayo Clinic published The Mayo Clinic Diet for Diabetes. This standard meal plan is for people with prediabetes and type 2 diabetes, and its recommendations are for lowering blood sugar and keeping it stable.

The first place with her was also shared by the Flexitarian Diet, described above.

Developed by University of Pennsylvania nutrition professor Barbara Rolls, volumetry is more of an approach to nutrition than a structured diet. With the Ultimate Volumetrics Diet book as a guide, you will learn to decipher the energy density of food, reduce the energy density of your meals, and make decisions that fight hunger.

If you go for tier XNUMX and tier XNUMX, keep track of portion sizes in tier XNUMX and keep tier XNUMX to a minimum. Every day you will have breakfast, lunch, dinner, a couple of snacks and dessert. It's up to you how strict you follow the diet. Although the books contain recipes and some sample meal plans, the goal is to learn the philosophy of volumetry and apply it where possible throughout the day.

The Atkins Diet was created by Dr. Robert Atkins, a cardiologist whose interest in the health benefits of low-carb diets first peaked in 1972. The diet consists of four phases, starting with very few carbohydrates and gradually increasing your intake until you reach your desired weight.

In the first phase, for example, you are allowed 20 grams per day of “net carbs,” 12 to 15 of them from high-fiber “staple vegetables” such as arugula, cherry tomatoes, and Brussels sprouts, according to the traditional Atkins plan. This is recommended for maximum weight loss.

Two other iterations of the diet, the Atkins 40 diet, which the company says is "perfect for those looking to lose less than 40 pounds," and the Atkins 100 diet, a plan proposed for those seeking to maintain their current weight, have a starting point of 100 grams of net carbs per day, respectively.

Generally speaking, the theory is that by limiting your carbohydrate intake, your body should switch to an alternative fuel - stored fat. Thus, sugar and "simple starches" such as potatoes, white bread and rice are hardly used.

But reducing your total carbohydrate intake isn't all that is needed with the Atkins diet. Limiting the carbohydrates you consume in one go is also part of the plan. Foods high in carbohydrates flood the blood with glucose, too much for the cells to use or store in the liver as glycogen. As a result, it goes to fat.

'Food is medicine': an expert shared his secrets of longevity