Main page Educational program A worm in an ear and an elephant in a room: English idioms, ignorance of which can create an awkward situation

Each of us is used to using certain idioms in our own language. We automatically know their meaning and do not even think about how illogical they are at times. For example, “to reach the pen” is clear to everyone, but who knows why exactly to the pen. And when it comes to learning idioms in English, many who try to translate them literally simply do not understand what they are talking about. Especially for edition Chalk blogger Alexandra Klyueva spoke about idioms in English, and also translated them verbatim to amuse readers. 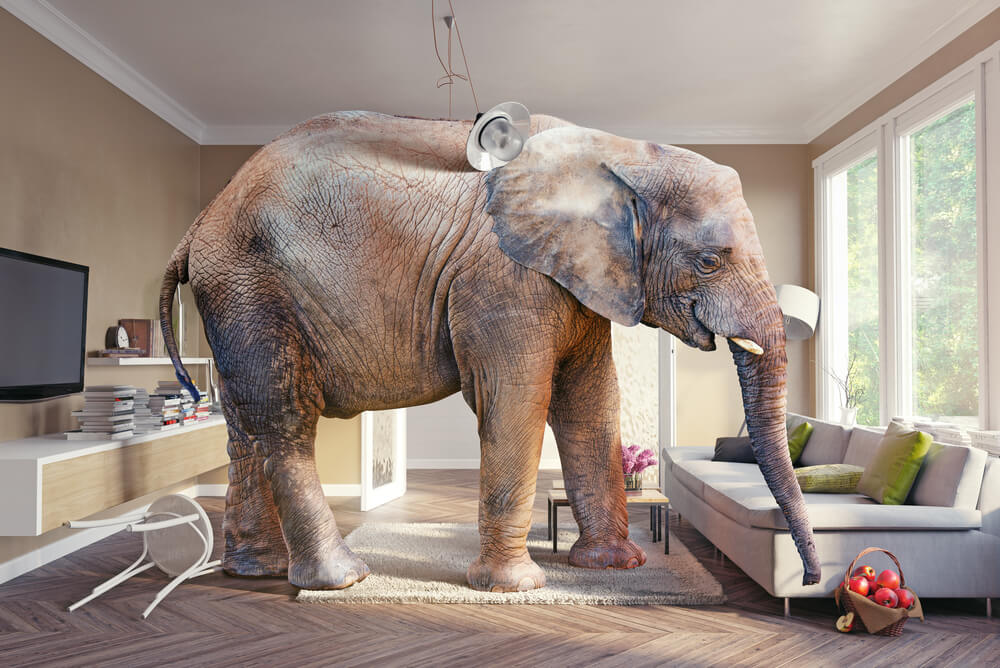 This idiom is used when you quit some addiction, such as drinking alcohol or smoking cigarettes. What does turkey have to do with it and why it is cold remains a mystery.

There's no other way to go about your online dating addiction. Just delete all the dating apps on your phone and quit cold turkey.

We talk about an elephant when there is some huge and noticeable problem, but everyone is silent about it. It is as if a real elephant is standing in the middle of the room, but everyone is trying to ignore it and live a normal life.

Can we address the elephant in the room before this problem ends all of our friendship?

Sure. But who will volunteer to tell Eric he has stinky feet?

This feeling is familiar to everyone: you are listening to a song, the melody gets stuck in your head. You hum it all day long and you can't get it out of your head. This is your earworm.

Ariana's new song has been stuck in my head for a week. I'd do absolutely anything to get rid of this earworm!

On the subject: Better than 'very good': how to expressively replace hackneyed English words

If translated literally, then you can even be a little scared. But it's not that bad. Idiom only means fussing, doing a lot of things disorganized and ineffective.

Maybe you should sit down first and organize your thoughts. You seem to be running around like a headless chicken all day.

We're all a bit of a couch potato, but on weekends. In general, this phrase is applicable to those who prefer to sit on the couch, watch TV and do nothing.

It is no good you being a couch potato and having a Dobermann.

In our country, in such cases, they say "toe-to-toe", it's almost the same thing, only here the necks. Idiom means to be equal in competition or comparison.

I don't really know whom to pick. Both applicants are pretty much neck and neck at this point.

Poor animals, something happens to them all the time. Idiom means very heavy rain.

We can't go to the park today because it's raining cats and dogs.

This is analogous to our saying "when cancer hangs on the mountain." Is that possible? So the pig is unlikely to learn to fly. So this idiom is used when something is unlikely to happen.

Americans often use this idiom to mean asking someone for advice about something.

Hey, can I pick your brain about this new project? I'd love to ask you some questions about it.

This phrase is used if they want to point out that a person is very taciturn and to make him talk.

You're a bit quiet. Cat got your tongue?

This idiom is used to describe a not very smart person.

I didn't know she is so stupid! The lights are on, but nobody's home.

If you know someone who likes to drink a lot of alcohol, you can tell them that they drink like fish.

I don't know what to do. For the past six months, he's been drinking like a fish.

This means trying to avoid talking about anything.

Don't beat around the bush - get to the point!

Of course, this is not literally barking at a tree. This idiom is used when someone has made a wrong assumption about something.

She thinks it'll solve the problem, but I think she's barking up the wrong tree.

On the subject: New vocabulary and grammar: a list of songs to help you learn English

If you do not have spare teeth, then do not try to do this in real life. And in a figurative sense, it means forcing yourself to do something unpleasant or difficult; be brave in a difficult situation; make up your mind.

I hate going to the dentist, but I'll just have to bite the bullet.

In life, of course, anything can happen, but milk is not worthy of your tears. The real meaning of the idiom is to regret what has already happened.

What's done cannot be undone, so it's no use crying over spilt milk.

Do not be afraid of mistakes in English: 4 phrases that will do everything for you