Home Our people What is the difference between McDonald's restaurants in the USA and Russia: traveler's impressions

Author of the channel "Doodles in the margins" on "Yandex.Zen" talks about his tradition while traveling - in all the countries he visits, he tries to visit local restaurants of the McDonald's fast food chain. How did the “Poppies” surprise him in the USA? Further - from the first person. 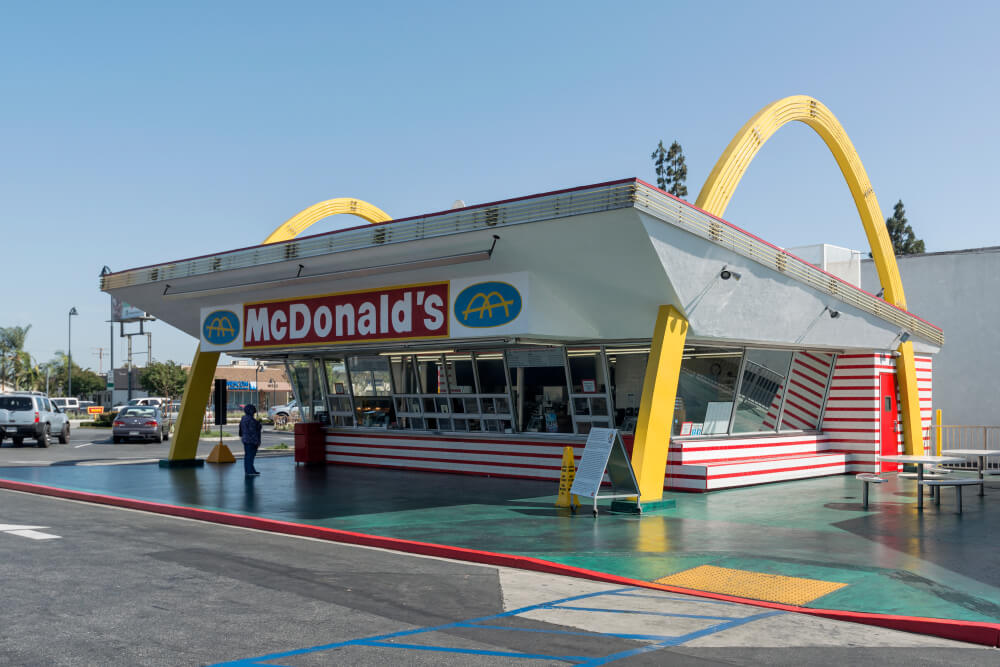 A visit to McDonald's gives me a lot of additional information about the country. Although this is a global network and everything in it is standardized, but there are always certain features, some touches to the portrait.

The prices of the main burgers provide additional information about the economy.

There are always country differences in the staff who work in the restaurant. In some cases the menu is different. In Beijing, along with the standard Maca menu, you can buy national Chinese food, such as noodles. In the Czech Republic, McDonald's sells beer, although in most countries of the world this chain does not sell a hoppy drink.

The cleanliness of the restaurants is different, the way the staff behaves, the service, and more. The contingent of visitors from the local population can tell a lot.

When I traveled to the USA in California and also traveled to Las Vegas, I tried to look into McDonald's in all cities.

What surprised me was that, unlike in Russia, McDonald's is an unpopular fast food in the United States.

Walking around Los Angeles and visiting its different areas, I hardly found two such places. In Las Vegas on The Strip's main street, there are McDonald's restaurants, and also close to one of the bus stations. But I was surprised that all the cafes and restaurants were crowded in the evening, there were queues everywhere, but there was practically no one at McDonald's.

Most of the poorest, homeless, sometimes newly arrived immigrants visit McDonald's in the US. And if there are no other establishments, or in their turn, then travelers can also visit. The middle class completely ignores them. And for three weeks I have never seen parents with children in such a restaurant, which after Russia was very surprising.

On the subject: Worse than Russian counterparts: 3 products that US immigrants do not like

If we compare with Russia, then the service and state of the restaurants are on a solid C grade. Compared to our "Poppies", in the USA they are dirty, the toilet rooms are cleaned, it seems, not every hour, as is done here. Often, to get to the toilet, you have to ask the staff to open it. In some restaurants, they give a code for the lock, somewhere they press a button and the door opens, there are restaurants where the code for entering the toilet is knocked out on the check. This is to prevent the homeless from being abused.

The peculiarity of those McDonald's restaurants that I visited was that having paid for a soft drink once and received a glass, you can go to the machine an infinite number of times and top up the drink. In addition to the drinks that you can buy at our Mac, there is also Dr. Pepper in the USA. Americans love him for some reason.

In the capital of the state of California, the city of Sacramento, in one of the McDonald's, the same contingent of African Americans, apparently homeless, sat all day. We drank soda all day. From time to time the homeless came to visit the toilet.

In Russia, I'm already used to the fact that you can always order various sauces for nuggets, french fries, shrimps and other things - usually there are about eight of them. I was disappointed at American McDonald's. The only sauce there was was ketchup. And that's all. It was either given out at the checkout in small bags, or it was in the same bags on a special table, where there were disposable lids, straws, forks, stirring sticks, etc.

Some restaurants had large special dispensers, and you could squeeze yourself any amount of ketchup out of them. And where they stood there was a disgusting picture. Since they rarely clean there, it is splattered around, dirty, in general, everything in this ketchup. McDonald's Russian restaurants after this picture were remembered for me as premium establishments.

Some kind of Big Mac, of course, you can buy separately with coffee. But basically they offer various combo menus. And where I was, the offers were just combos with prices, not individual burgers.

The staff who work in the McDonald's American network generally have a low social status, and these may also be newly arrived migrants with official status. Often Latinos and African Americans. The interesting thing is that in a shift where Latinos work, African Americans are not allowed to work, and vice versa. For some reason, they do not tolerate each other's society very well, and when working together, serious conflicts arise. In Sacramento, I visited McDonald's for four days near the MOTEL 6 SACRAMENTO WEST 2 * motel. Either a shift, consisting entirely of Latinos, or mixed of African-Americans and whites, worked. Our immigrants have confirmed this problem in other businesses.

In Russian McDonald's restaurants, along with the usual cash register, there are often self-service kiosks where you can make an order yourself and pay with a card. In American restaurants, McDonald's is a rarity. Also, none of those that I visited had a terminal with the ability to pay in a contactless way, simply by attaching a bank card.

On the subject: 13 restaurants where you can eat for free during a pandemic

On the bus ride to Las Vegas from Los Angeles, we made a hygienic half-hour stop at a location that included a McDonald's. For fun and to change money, I tried to pay with a $ 100 bill. This caused a very big commotion among the restaurant staff: they “hung up”, not knowing what to do. When I explained in broken English that I was a traveler from Europe, they called the restaurant manager and, with his permission, accepted my bill, checking it with a special marker. Usually, I paid with a credit ruble card. If you are in the USA, try not to take $ 100 bills, at least fifty dollars. A hundred is drawing undue attention to you. In addition, it may not be accepted as payment, as there may be no change or special token to check.

Original column published on the blog. "Doodles in the margins" on "Yandex.Zen"

People who do not exist: how digital models change our lives