Guidebooks and ratings of ideal holiday destinations often recommend the same places to tourists. Many listen to the advice and in the end get far from what they wanted. The beauty from the Instagram pages of popular bloggers often does not live up to expectations, so you should prepare for such cases in advance, writes AdMe.ru. 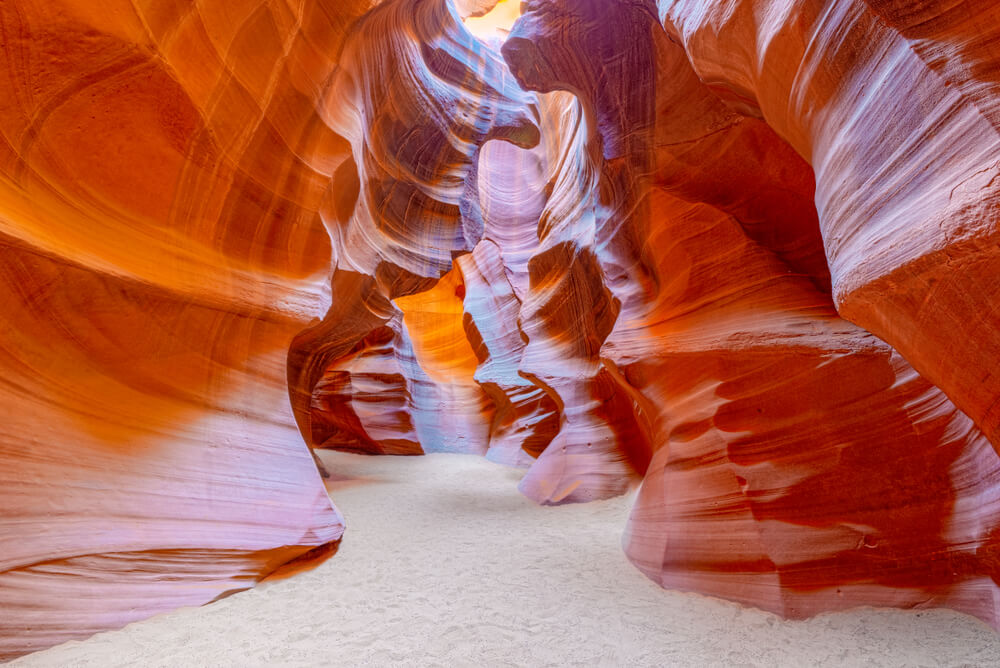 Paris street Rue Cremieux is extremely picturesque: neat houses of bright colors, paving stones, flowers. For this, tourists and bloggers love her very much. But the locals are very hindered by crowds of visitors: they almost climb into houses, take pictures in strange poses, some bring a lot of equipment and whole wardrobes for shooting. He even appeared on instagram Account a person living on Ryu Cremieu who unvarnished shows what people are doing in pursuit of a catchy shot.

The colorful cliffs of Antelope Canyon every year attract more and more visitors who were willing to pay $ 200 guides from local Navajo Indians for a vivid experience. But there were so many who wished to receive them that many began to complain about the crowds. As a result, the number of photo tours has now been reduced, and the use of tripods and monopods is also prohibited.

After filming the clip of Justin Bieber in 2015 and the seventh season of Game of Thrones, this corner of Iceland has sharply gained popularity among tourists. Many visitors ignored the prohibition signs for spectacular shots, so the nature of the canyon was badly damaged, and the authorities had to close it.

On the subject: Traveling in the USA: how much it costs and how to save money

The rock, which to many resembled the head of either a platypus, or just a duck, was popular with photographers, until in 2016 a group of vandals destroyed it. They claimed that they had done the work of local officials because they protected people from injuries that they might have received during the filming. Allegedly, a vandal friend broke his leg in this way. At the same time, the rock was fenced and marked with warning signs. 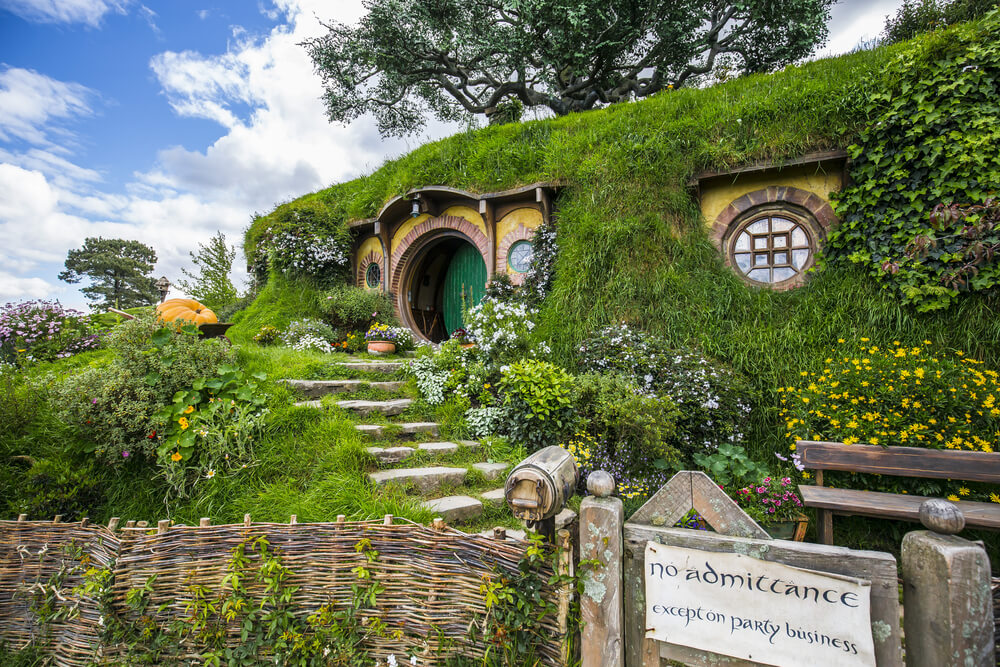 Many Tolkien fans are looking forward to a visit to Hobbiton, where they made films about Frodo and Bilbo. However, the village of low-class people can significantly disappoint: it is small, you can not look at all the buildings, so you will have to admire other fans on the green lawns, but the entrance costs $ 80.

Sakura blossoms attract millions of people every year. But you should not hope for thoughtful admiring the falling petals on a park bench - here it is a traditional mass entertainment that comes to families, friendly companies, work collectives. Many drink and play noisy games, often music plays loudly, and they take the best places in a few hours or even days.

On the subject: 11 routes in the US, which is worth a ride for everyone

Luxurious views of the canyons open from here at any given time. But tourists prefer to come at dawn to enjoy the game of sunlight on the inner surface of the arch. The entertainment is so popular that those who want to come in an hour or two before dawn to take the most advantageous places from the point of view of shooting.

8. the great Wall of China

Out of season, relatively few tourists can be found at the main attraction of China, but, for example, during the festivals there is literally no crowding around here. Be prepared for this when planning your trip.

The environmental situation on Everest is deteriorating every year. Thousands of tourists leave an average of 3 kg of waste per person, but it is very difficult to collect and lower the waste, so the mountain has long been called the highest mountain dump in the world. Pollution must be dealt with by law. For example, an official decree since 2014 requires that every climber who has climbed Mount Everest take at least 8 kg of debris from the slopes.

Although you need to walk 8 km to the cliff, climbing up the mountains, thousands of people are ready for this. So those who have mastered the transition have to line up for a picture on the edge of the cliff.

Everything is simple with the famous Niagara Falls: the closer you get to it, the wetter it becomes, so tourists put on raincoats and hide equipment so as not to damage it. Although the situation is logical, many are not ready for it. 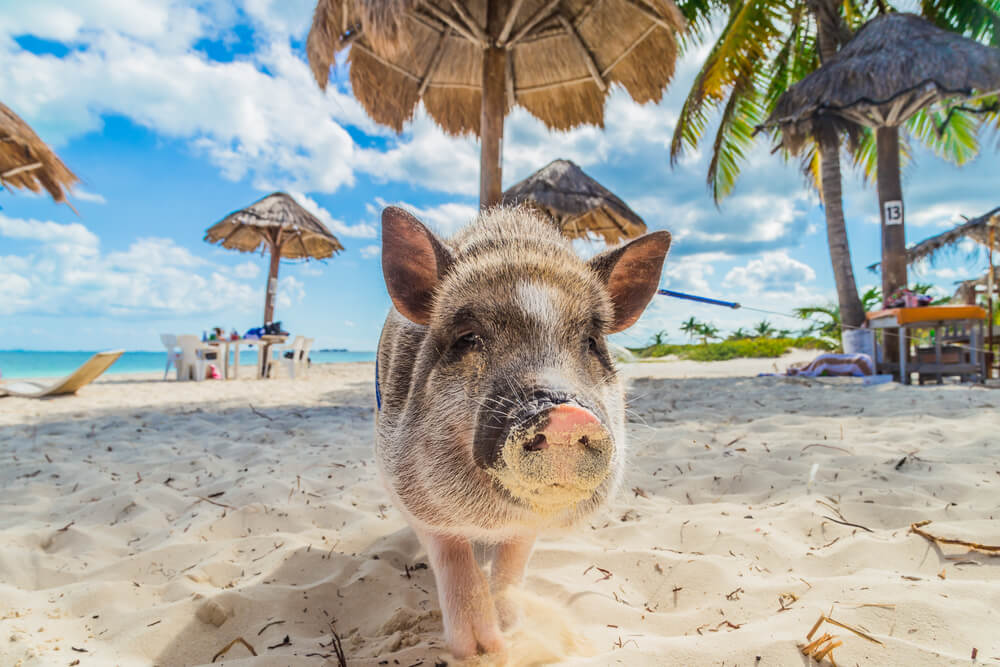 Pig beach is famous for its clean water and the friendly inhabitants in whose honor it is named - pigs. People come here for their sake. However, the popular blogger Michelle Levin was not lucky: she received a bite of such strength that there was a bruise, and this case is not the only one.

This is to a large extent the fault of tourists who spoil animals, feed them with harmful food, teach them to extort it, drink it with alcohol drinks, and ride it.

I managed to travel around 55 countries: 12 life hacks from an experienced traveler