Home At home 'I wanted to be popular in the USA': Zelensky - about his involvement in the impeachment of trump

'I wanted to be popular in the USA': Zelensky - about his involvement in the impeachment of trump

Ukrainian President Vladimir Zelensky joked when answering a question about the impeachment of his American counterpart Donald Trump and the political situation in Ukraine during the Munich Security Conference, writes "Reviewer". 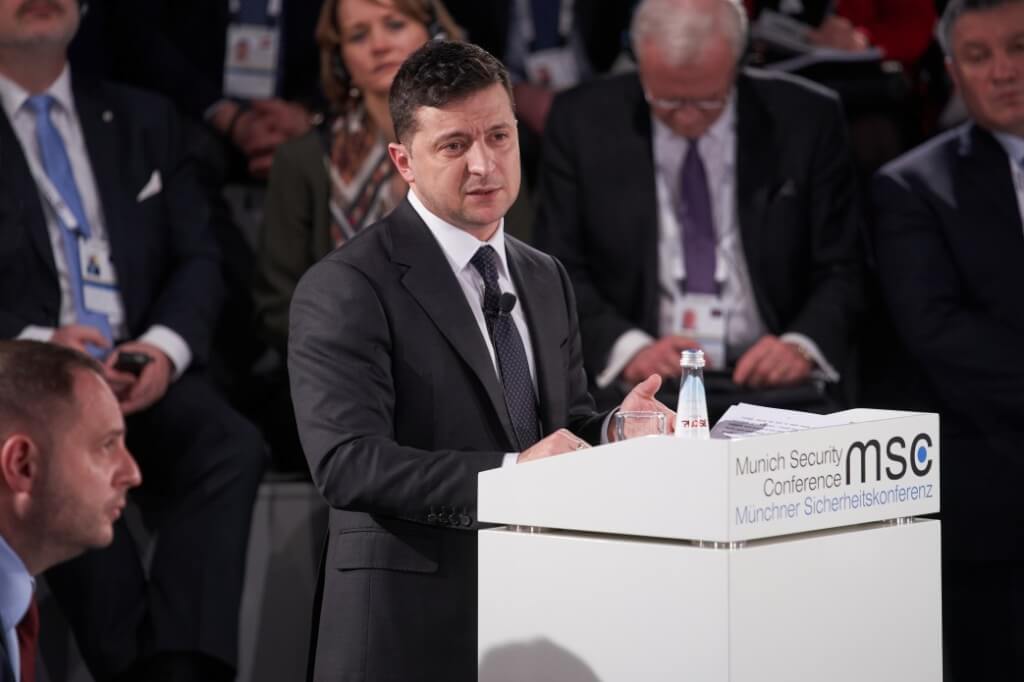 At first, during the Munich Security Conference, President of Ukraine Vladimir Zelensky had a problem with headphones.

During a conversation with moderator Christian Amanpur, the head of the Ukrainian state was given headphones, in which music was playing along with her voice.

“I hear music in my headphones,” Zelensky said.

“Can you hear me, or just music?” - the moderator asked. “Both that, and another,” the president answered.

Amanpur joked in response: “Maybe my voice sounds like music to you.”

Later, he still replaced the headset.

Further, journalist Christian Amanpur asked how the situation with impeachment in the United States influenced the main tasks of Zelensky in his country, in particular with the return of the hostages.

“I was waiting for this question. I am often asked about impeachment around the world. In my past life, past profession, when I was a producer, screenwriter, actor, I dreamed of getting an Oscar. Wanted to be popular in the USA. And now I'm very popular in the United States, ”Zelensky replied.

All those present in the hall “exploded” with laughter and began to applaud the president of Ukraine.

The head of state specified that good relations have developed between Ukraine and the United States, thanking both politicians and Americans for their support.

“I want to thank everyone who made their efforts to this. And the president, and senators, and congressmen, ordinary Americans. For the support they provide to Ukraine, especially now, during the war. I want to applaud every American. Help more, ”Zelensky said.

In Russia, a blogger hung a portrait of Putin in an elevator and filmed the reaction of residents: it was fun