Home Page loudspeakers More than a salary: what help do those who lose their jobs due to a pandemic get in the US

“My friend lives in Oklahoma, she is an ultrasound technician, and together with her husband they receive $ 8800 a month in unemployment benefits - and it is more profitable for them not to work now,” my friend Valeria, who lives in New York state, told me. She is a dentist, and while she could not work for two months, she received about the same payment - $ 4400 per person. 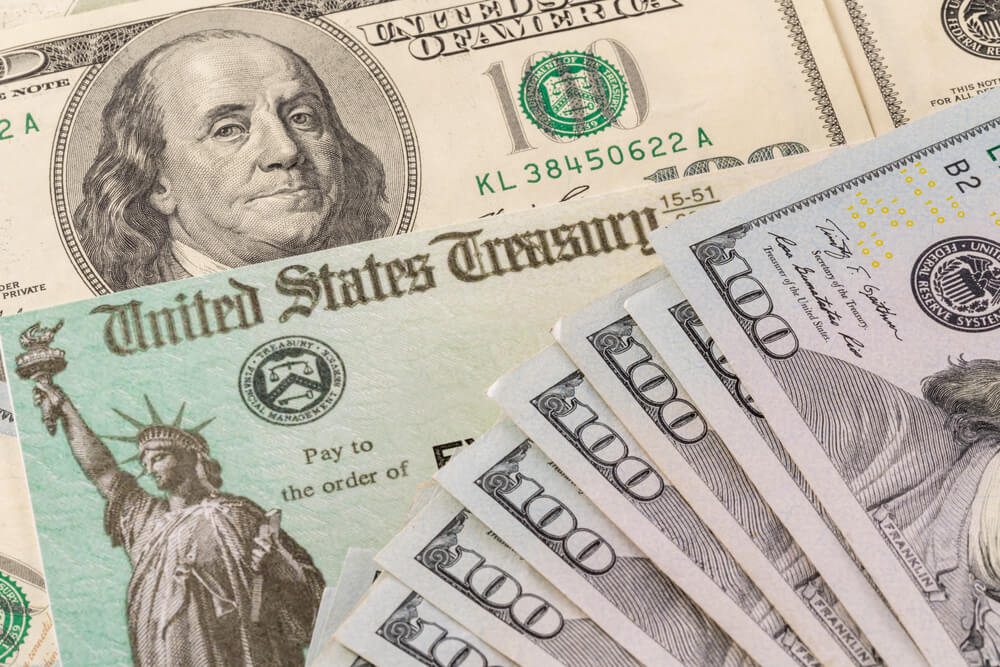 “But life in Oklahoma is much cheaper than in New York,” says Valeria. For example, renting a two-room apartment in Manhattan costs $ 4200, in Oklahoma City - $ 800.

Now her clinic has brought in protective equipment, so she will work with urgent dental cases two days a week, at the risk of contracting the coronavirus: in the counties where Valeria lives and works, there are more cases of COVID-19 after the city of New York itself.

US $ 2 - such a staggering amount of assistance to Americans during a pandemic was laid down in the aid package passed by Congress on March 000. According to the package, every permanent resident of the country who pays taxes and has income up to a certain level was paid up to $ 000 one-time assistance and $ 000 per child.

In addition, people who lost their jobs were paid $ 600 a week - in addition to the usual unemployment benefits, which can reach $ 500 per week in some states. Is $ 1100 for living in the USA a lot or a little? The answer depends on the state.

On the subject: What part of the salary is spent on products by residents of Russia, the USA and other countries

How much is life in the USA?

The standard and cost of living in the United States illustrates well СЌС‚Р ° РєР ° СЂС‚Р °. This is the calculation of the annual dirty salary before taxes (average quarter of income) for a family of two adults and a child.

The general trend is this: living on the coasts and in the north is more expensive than in the center and south of the country. The most expensive states are the District of Columbia (Washington), California, Hawaii, New York, Massachusetts and Connecticut, while the cheapest are Idaho, South Dakota, Arkansas, West Virginia, and Kentucky.

How much do the unemployed get?

At the same time, each state determines what help to pay to a person who has lost his job. As seen on this map, unemployment benefits in expensive California or Arizona are comparatively lower than in cheap Kentucky or North Dakota.

Because of this, millions of people who have maintained their low-paid jobs may feel that it would be more profitable for them not to work at all and to receive help from the state.

It is these representatives of the working class who produce food, clean in hospitals, stand at the checkout of stores, work in construction, drive taxis - often do not have enough personal protective equipment and, due to frequent contact with people, are most at risk of contracting the coronavirus and bringing infection home.

At the same time, getting this help can be challenging. In some cases, people who have lost their jobs spent more than a month just registering with unemployment offices. In some states — and it’s the states that provide financial assistance — the influx of users has shut down registration websites and long queues lined up outside offices.

On the subject: Financial assistance in connection with the coronavirus: why the check may come for a smaller amount than you expected

At the same time, it should be remembered that unemployment benefits are temporary, and are usually paid from 12 to 26 weeks, depending on the state, the two-trillion aid package extended this time by another 13 weeks. But the "coronavirus" surcharge itself of $ 600 is issued even less - until July 31. Therefore, people who receive payments from the state now will soon be forced to look for new jobs in conditions when the US economy is just beginning to revive.

At the same time, living in America is gradually becoming more expensive. April was the month of skyrocketing food prices - the highest in the United States since 1974. On average, the cost of groceries in stores in four weeks increased by 2,6% - and this is a tangible figure for American consumers, who are used to annual inflation of 0,12-2,4% (2015-2019).

Congress is now considering a new record $ 3 trillion aid package to the US economy. It includes a $ 200 fund for people working in hazardous conditions. However, according to this law, unlike March, there is no unity among Republicans and Democrats.

The original column is published on the website. Ukrainian service “Voice of America”.

Financial assistance in connection with the coronavirus: why the check may come for a smaller amount than you expected

Record arms sales: why a pandemic forces Americans to arm themselves en masse