Home Page In the U.S. More than 120 former US military wrote a letter to Biden: they questioned the sharpness of the president's mind

A group of more than 120 retired military officers wrote to US President Joe Biden to tell him that his election was less than legal. At the same time, they questioned the sharpness of his mind, writes Daily Mail. 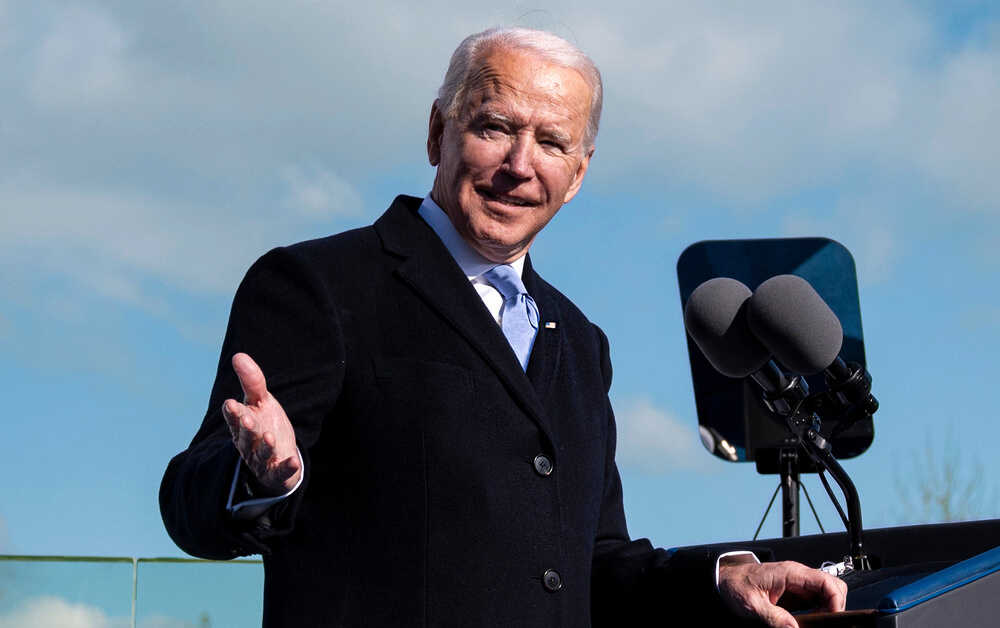 The letter echoes President Donald Trump's claims of widespread electoral fraud that has never been confirmed in the courts.

“Without fair and honest elections that accurately reflect the 'will of the people', our Constitutional Republic is lost,” the letter of the retired officers says.

The group calls itself Flag Officers 4 America and is made up of retired military officers, including generals and admirals.

“The FBI and the Supreme Court must act quickly when election irregularities are discovered, rather than ignore them as they did in 2020,” they wrote.

The letter, titled "An Open Letter from Retired Generals and Admirals," was published by Politico.

“Electoral integrity requires ensuring that there is one legitimate vote from every citizen that counts. Legitimate votes are identified by approved state legislatures using government IDs, verified signatures, and more, they write. "Many people today call such robust control" racist "in an effort to avoid holding fair and fair elections."

On the subject: Politico: Biden's administration edits its quotes before being published in the media

They write that, ostensibly, using racial terms to hide evidence of eligibility is itself a tyrannical intimidation tactic.

“The mental and physical condition of the commander-in-chief cannot be ignored. He must be able to quickly make accurate decisions in the national security sector, affecting life and health anywhere, day or night, - the edition quotes an open letter. “Recent inquiries from the Democratic leadership about nuclear code procedures send a dangerous signal to national security, raising the question of who is in charge. We must always have an undeniable chain of command. "

Flag Officers 4 America calls themselves "retired military leaders who have pledged to uphold and defend the US Constitution from all enemies, external and internal."

This letter is a counterpoint to the impressive public statements of the national security officials who supported Biden during the election campaign. One such attempt came when 10 former senior officials wrote an unusual article in the Washington Post warning that the US military "played no role" in the outcome of the US election and the importance of a peaceful transfer of power.

The letter arrived three days before the Capitol riot.

The signatories have attached their names to the letter. Among them was Major General Joe Arbuckle, who served in Vietnam and then led the US Army's Industrial Operations Command in Rock Island, Illinois.

Arbuckle, who organized the operation, told Politico: "Generals and retired admirals usually do not participate in political action, but the situation our country is facing today is dire."

He continued: “We face more serious threats than at any time since the founding of our country. To be silent would be a violation of duty. "

This letter drew immediate opposition from the military.

Jim Golby, a civil-military relations expert, described the letter as "a shameful attempt to use my rank and military reputation for such a brutal and blatant guerrilla attack."

“In my opinion, this is a classic, very bad example of the destruction of civil-military relations in America, which is the cornerstone of our democracy,” said retired military leader, Army Colonel Jeffrey McCosland.

Other signers of the anti-Biden letter included Vice Admiral John Poindexter, convicted in the Iran-Contra case.

It was also signed by General Don Bolduk, who lost the Republican primaries in 2020. Lt. General William J. Boykin, who was called anti-Muslim for his comment on the Somali military leader: "I knew that my God was greater than him," joined this company.