Home At home Pain from sanctions: Russia began to dismantle aircraft for spare parts in order to provide at least part of the fleet with parts

Russian airlines, including state-controlled Aeroflot, are tearing down airliners to secure spare parts they can no longer buy abroad due to Western sanctions, reports to Reuters. 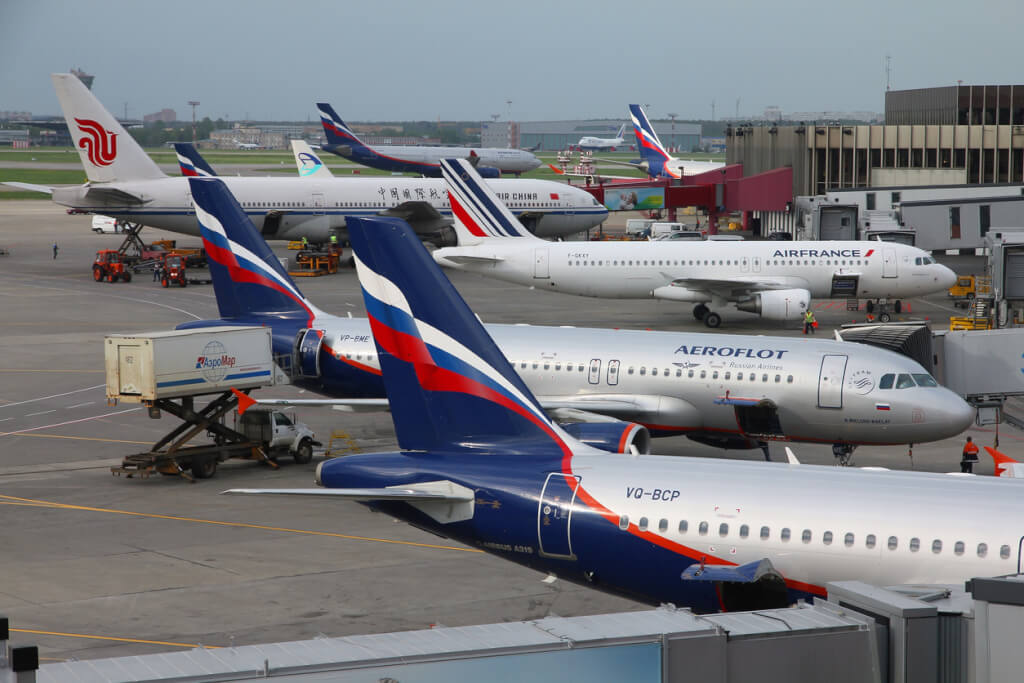 The moves are in line with advice the Russian government gave to airlines in June to use some aircraft for spare parts so that the rest of the foreign-made aircraft can continue flying until at least 2025.

Sanctions imposed on Russia after it attacked Ukraine in late February have prevented its airlines from getting spare parts or maintenance in the West.

On the subject: The United States imposed sanctions against Alina Kabaeva: it is assumed that she has an affair and even common children with Putin

Aviation experts say Russian airlines will likely start stripping parts from their planes to keep them airworthy, but these are the first detailed examples.

At least one Russian Sukhoi Superjet 100 and Airbus A350 aircraft, both operated by Aeroflot, is currently being shut down and being sorted out, a source familiar with the situation said.

According to the source, the Airbus A350 is almost new. Most of the Russian air fleet consists of Western passenger aircraft. According to the source, the equipment was taken from a pair of Boeing 737 and Airbus A320 aircraft of Aeroflot, as the carrier needs spare parts from these models for its other Boeing 737 and Airbus A320 aircraft.

A matter of time

Russian-built Sukhoi Superjets are also heavily dependent on foreign parts. One Superjet has already been de-engined to allow the other Superjet to continue flying, according to the first source.

Engines are frequently swapped between aircraft and are usually supplied under separate contracts, industry experts say.

According to a source in the Western aviation industry, the destruction of the aircraft based in Russia is "only a matter of time." New generations of aircraft - the A320neo, A350, Boeing 737 MAX and 787 - are equipped with technologies that need to be constantly updated.

Within a year of the sanctions coming into effect, keeping modern aircraft in service will not be easy, even for Russia's highly developed and competent engineering base, according to Western sources.

The practice of removing parts to keep another aircraft flying is well known. While this is a relatively rare occurrence, it is most often associated with financial hardship and has never occurred on such a scale as in Russia to mitigate the effects of sanctions.

The jetliners can be put back into service provided the seized parts are returned, although this will not necessarily restore the traceability needed to re-enter the world markets.

Many parts have a limited life span and must be registered. Nearly 80% of Aeroflot's fleet consists of Boeing (BA.N) and Airbus (AIR.PA).

According to a second industry source, Russian carriers are flying fewer routes due to Western sanctions, which means there are unused planes that could be scrapped.

“Western manufacturers understand that almost all Superjets are operated in Russia,” said Oleg Panteleev, head of the Aviaport aviation think tank. “You can just stop producing and supplying parts and it will hurt.”

According to the plan for the development of the Russian aviation industry until 2030, Russia may face the biggest problems with the A350 and Bombardier Q series, since their maintenance is carried out abroad.

The Russian government’s advice calls for “partial dismantling of a certain part of the fleet,” which will keep two-thirds of the foreign fleet operational by the end of 2025.

According to Panteleev, the main task will be to maintain the engines and complex electronic equipment in working condition.

“It will be difficult to restore them,” he said.

Aeroflot, once among the world's top airlines but now relying on government support, experienced a 22% drop in traffic in the second quarter of this year compared to last year after sanctions prevented it from flying most western destinations.

Securing supplies from countries that have not imposed sanctions on Russia is unlikely to help, the sources said, as companies from Asia and the Middle East fear the risk of secondary sanctions against them from Western governments.

“Each part has its own unique number, and if the Russian airline is indicated in the documents by the end buyer, then no one will agree to the delivery, neither China nor Dubai,” the first source said, adding that information about all the details should be brought to the attention Boeing and Airbus companies before they are transferred to the end user.