Home World Business to save the planet: how to make money to fight global warming

The 46th President of the United States, Joe Biden, returned America to the Paris Climate Agreement, from which his predecessor Donald Trump took the country out. The world is spending billions on fighting climate change, but the results are still unclear. 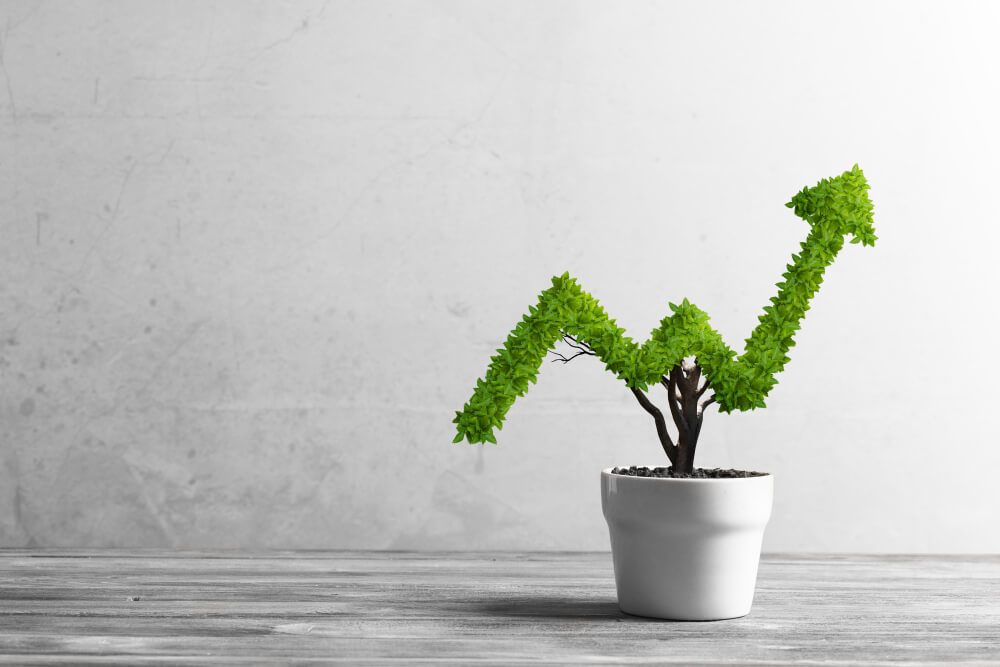 Despite all the efforts of the world community to reduce greenhouse gas emissions, their level not only does not fall - it continues to grow and is now at its maximum level in the last 2000 years, writes Air force.

Stopping this process is not easy, since each of us makes a literal contribution to the warming up of the planet - simply by the very fact of our existence.

Greenhouse gases are inevitably released into the atmosphere in the production of any goods (including food), electricity and heating, not to mention emissions from construction, transport, etc.

Any product and any service has its own equivalent in the amount of СО2 emissions - therefore, no matter what we do, our actions gradually warm the planet. Even Greta Thunberg leaves a carbon footprint - even though he speaks angrily from the UN rostrum, accusing world leaders of inaction.

Leaders, in turn, shrug their hands and cite the fact that combating climate change is a costly affair, requires multibillion investments and a complete restructuring of the economy.

And if you make it profitable? Wouldn’t it go faster if the invisible hand of the market takes up the fight against global warming?

Over the past year, several companies have appeared at once, offering everyone to compensate for their contribution to global warming, while making money on this.

Now in most countries, companies are fined for exceeding pre-determined emissions. The international startup Kora proposes to replace the carrot with a carrot and vice versa, to pay everyone who will reduce their carbon footprint in one way or another.

“The main reason for climate change is the very way of life of our society and our daily habits, - the authors of the idea are sure. “To motivate people to change these habits, we will reward responsible consumption with digital currency.”

Kora offers a lot of ways to earn money: from choosing more environmentally friendly products (for example, when instead of steak you buy chicken for dinner, and even better - a vegetarian dish) to abandoning the car in favor of public transport, cycling or hiking.

Relatively speaking, 10 thousand steps a day passed - you can have a cup of coffee for free. I drove on a bike to a store for carrot cutlets with green peas - count, earned twice. There are more radical ways. For example, install solar panels on the roof of the house and switch to renewable energy.

The virtual currency is called bark. The green money rate is pegged to the euro, and (unlike cryptocurrencies) the crust is backed by real reserves.

It is supposed to track the abandonment of "environmentally bad habits" and calculate income using mobile applications. After all, our smartphones have long known where and how we get. If you also give them access to a detailed bank card statement, you can fairly accurately measure the carbon footprint of each user, tracking their movements and purchases.

There are already several such applications on the market. For example, the Swedish startup Doconomy or the new application of the Finnish payment system Enfuce My Carbon Action, which allow you to carry out a meticulous calculation of your personal contribution to global warming.

So far, payment by bark is accepted only in a few small institutions in Berlin. On them you can buy, say, coffee and a croissant. But the international startup team - from the UK, Israel, Kazakhstan, Latvia, Lithuania and the USA - hopes to bring it to the global level. And in the future, if the idea is viable, it is planned to exchange virtual money for the usual national currency.

Here, however, there is one serious problem. According to recent data, more than 40% of the world's inhabitants do not have Internet access at all, not to mention smartphones. In Asia, where more than half of the world's population lives, Internet penetration barely exceeds 50%, in Africa it does not reach 40%.

However, similar systems that do not require online access already operate at the level of individual municipalities or even countries.

In the Portuguese city of Maya, residents began to pay extra for separate waste collection - and the volume of recycled waste immediately increased by a third. In Costa Rica, the return of plastic, glass and metal containers is paid with virtual money - eco-columns (columns - the country's national currency), which can be spent in almost any major store.

Buy a tree, and then - sell

One of the most obvious ways to offset greenhouse gas emissions is to do this in a natural way by planting new trees. For example, at the last UN climate summit, Pakistan promised to plant about 10 billion seedlings in the next five years. Why not connect business to this occupation?

On the one hand, afforestation (especially tree care) is a costly affair, and there is no extra money in the business world. On the other hand, a grown tree can be cut down and sold several times more expensive than was spent on its cultivation.

So much for the business idea: this is not an expense, it is an investment - albeit a long-term one.

This is what the French startup EcoTree offers. To invest in the purchase of existing young trees (or seedlings that will be planted in the territory specially designated for this), wait 30-40 years - and receive income. They promise (but do not guarantee) up to 200% of net profit.

So far, the scheme works only in France. The company received licenses from eight forestry enterprises in four departments, mainly in the northwest and central parts of the country. There, according to sellers, forests are less affected by fires.

There are six types of trees to choose from - of different ages and profitability. Income from the purchase of a fast-growing poplar is promised in 16 years, profits from rocky oak will have to wait about a century (comforting yourself with the thought that at the same time you are contributing to saving the planet).

The company’s calculations claim that on average each tree absorbs enough carbon dioxide (about 30 kg per year) to compensate for one passenger’s flight from London to Paris and back in about 15 years.

However, these calculations are a little cunning. The fact is that most of the results of photosynthesis remain in the leaves, and after leaf fall almost all of the carbon dioxide absorbed by the tree is ultimately released back into the atmosphere.

Only the carbon that went into the growth of timber can be “retained” - this is about 2% per year. And then only if the sawn tree is not allowed to firewood, but is turned into furniture or processed into building materials. So saving the planet is pretty relative.

Despite this, the founders of EcoTree claim that they are already receiving offers to introduce a similar scheme in other countries - primarily in the UK.

Fuel from the air

Soletair Power, a Finnish startup, offers another way - to turn carbon dioxide into fuel by mixing it with hydrogen. For this, the company has developed special filters that take CO2 directly from the air.

They can be installed in new houses at the construction stage or built into an existing ventilation system, thus turning entire buildings into air purifiers.

At first glance, this is also not the most obvious solution.

Firstly, it is rather energy-consuming: it is planned to obtain hydrogen by electrolysis of water, more precisely - water vapor contained in air, but no electricity has been invented yet.

Secondly, upon combustion of the resulting fuel, CO2 will be released back into the atmosphere - this seems to make no sense at all.

However, the authors of the idea assure that everyone calculated correctly. Electricity will be produced (almost free of charge) by solar panels, and when the resulting fuel is burned, exactly the same amount of carbon will be returned to the air as it was taken from before, that is, the fuel will be essentially CO2-neutral.

At the same time, the cost of fuel production is minimal, says the company's chief technologist Cyril Badzhamundi, so it’s quite possible to make money on its sale. Or, at least, save a lot on buying energy.

And startup founder Petri Laakso promises that users of the new environmental technology will have an additional bonus. Cleaning indoor air from excess carbon dioxide by almost a quarter increases cognitive abilities, and hence labor productivity.

Maybe if you make the fight against global warming a lucrative affair for everyone and everyone, the planet will really have a chance.

“We ourselves created this problem”: a Russian-speaking immigrant in Alaska has developed a unique alternative to plastic