You probably already know about the nickle under the heel and the calls for freebies. Have you ever heard anything about a flying piano or bandaged monuments? Not? Then he will tell you about it Lifehacker. 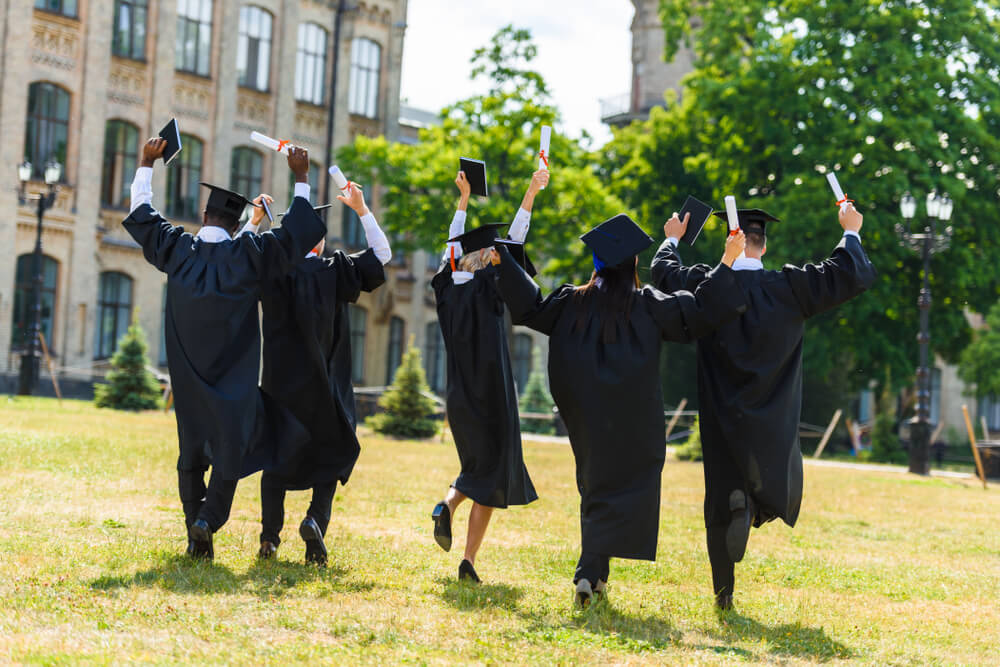 1. Flight of the piano

Massachusetts Institute of Technology is one of the most famous and prestigious universities in the world. Due to the intense study, students do not have much time for fun, but future engineers and mathematicians know how to amaze. Once a year, they throw a piano off the roof of the dormitory - usually they receive a broken instrument as a gift and do not spoil the thing on purpose.

This tradition began in November 1972. Legend has it that the idea came from MIT student Charlie Bruno. One day, together with the neighbors in the hostel, he thought about what to do with an old piano. Someone suggested throwing the instrument out of the window, but, alas, the rules of residence forbade throwing anything out of the windows. But the resourceful Bruno discovered that the rules did not say anything about the roof. No sooner said than done: the piano went flying.

Now this ritual is carried out in the spring - it coincides with the last day when students can exclude from their schedule for the spring semester classes that have changed their minds without penalties.

Russian students have a worthy answer to the entertainers from Massachusetts. For example, in Tomsk State University of Control Systems and Electronics, holidays are celebrated on a grand scale. On Radio Day, old TVs, monitors and radios fly from the windows of the hostel.

Students of the radio engineering faculty are considered the founders of the tradition, and it all began on May 7, 1988. First, it is effective. Secondly ... Well, no, do you need any other reasons? In fact, the idea is simple: progress does not stand still, so you have to say goodbye to old techniques easily and without regrets.

Do you remember this feeling when you are already spinning from studying? I want to give up everything and just scream from powerlessness and fatigue. By the way, this is a good way to relieve tension, and Swedish students have long adopted it.

Uppsala has a Flogsta district, most of its inhabitants are students from Uppsala University and the Swedish University of Agricultural Sciences. Every evening, the area explodes with wild screams. This is the norm, because students relieve stress in this way: they open a window at 22:00 and shout until they get bored. The ritual, which appeared in the 1970s, was even called the Flogsta Creek.

During the session, even notorious skeptics begin to believe in omens. Some do not wash their heads before the exam, so as not to wash away knowledge, others enter the classroom strictly with their left foot - there is no intelligible explanation, it just needs to be done. But Japanese students stock up on sweets - and not at all in order to seize jitters.

The name of the KitKat chocolate bar sounds similar to the phrase kitto katsu - something like "you can do it." As a result, the chocolate bar turned into a talisman: if you take it with you to the exam, then excellent grades are guaranteed.

At the presentation of diplomas, students of medical universities swear to honestly fulfill their medical duty, to protect and develop the noble traditions of medicine. And also a real doctor will never refuse to help those in need. Even if the sufferers did not ask for anything like that, and indeed they are not people, but monuments. The oath is above all.

Probably, Moscow medical students are guided by approximately these considerations when, after graduation, they go to bandage the monuments to Pirogov and Sechenov. If the bandages run out, toilet paper is used. And sometimes the monuments are dressed up in medical gowns and hats.

The University of Salamanca in Spain is one of the oldest in Europe. The façade of his building is decorated with bizarre stone carvings, the details of which can be looked at for hours. Some do so, but admiration for the fine work of architects has nothing to do with it.

Somewhere among the decorative elements a frog lurked. Those who can find it will have no problems with their studies - at least the students believe in it. There is, however, one but: the time spent looking for the frog could be used with greater benefit. But don't break the same tradition!

7. Getting to know the "parents"

The first weeks in college are stressful, but in Scotland, newcomers are treated literally with maternal care. At the University of St Andrews, every freshman is assigned a “parent” from among the senior students who teaches them their wits and the specifics of university life.

Of course, the mentors need to be thanked somehow. Previously, the "kids" brought the "parents" a pound of raisins, the senior students in return presented them with a letter of thanks in Latin. And those who forgot about the gift were bathed in the fountain. Nowadays you won't surprise anyone with raisins, so they usually give a bottle of wine. And instead of swimming for freshmen, they arrange a grandiose foam battle.

On the subject: Virtual graduation: how students in self-isolation received diplomas with the help of robots

It would seem, what is the connection between architecture, dragons and St. Patrick's Day? The most direct. At the beginning of the XNUMXth century, architecture students at Cornell University wondered if they would like to have their own holiday. It was decided to combine it with St. Patrick's Day, which, according to legends, drove the snakes out of Ireland.

Snakes have grown over time, and traditions have changed. Somewhere from the 1950s, a procession with a giant dragon made by freshmen has become an obligatory part of the holiday. Hence the modern name of the celebration - Dragon Day. The date has also shifted - now the holiday is arranged before spring break at the end of March.

For resisting the police: in Russia, an American student was imprisoned for 9 years