Home loudspeakers US security, or why Americans don't lock the door

There are no fences, the doors are not locked. Why? 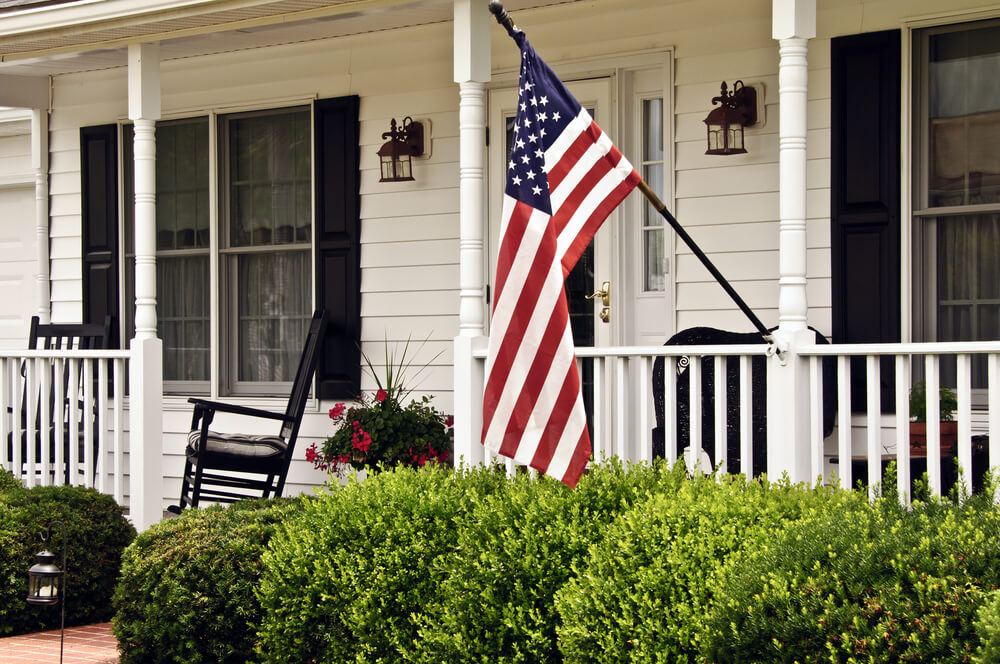 Most recently, I wrote about american real estate and that houses with a lawn near the house are usually not fenced. High deaf fences, like ours, in the United States, I have not met, but at the same time Americans feel comfortable and with the arrival of the night quietly fall asleep in their beds.

I emphasize that I write about areas with an average (and above average) income, where I live myself or my acquaintances and friends live. How things are with fences in the black regions of America and whether they live in peace - I cannot say, I did not live in such areas.

In prosperous areas, I will continue, there are differences in the perception of some things between the Americans and ours. For our people, the fence acts as a means of protection and a kind of restraining factor (rather psychological) from outsiders. In America, the concept of private property is very well developed. Entering someone else's lawn is breaking the law, and for an American it is obvious even without fences.

On the subject: Personal experience: how Americans are different from us

The situation is similar with doors. While in our houses and apartments we install double safe-like doors, in the States the doors do not look strong at all, often consist of half glass and look more like interior doors than entrance doors. And although more and more Americans have been thinking about the safety of their homes lately, the vast majority of America does not often lock their front doors with a key. An American friend of mine says that she uses the latch only at night, and the key only if she leaves home for a few days.

There are no fences, the doors are not locked. Why?

General consciousness of the population

I have already given an example about fences. Americans clearly understand what private property is and respect private boundaries. This awareness works from both sides: why fence or close - everyone knows.

As you remember, using their second amendment to the constitution, Americans are still armed to the teeth. To have a gun or a pistol in your house to guard your home is in the order of things in America. Therefore, the violator of private boundaries has to reckon with this fact.

On the subject: How in America to buy housing at auction

In America, such social activity as neighborhood control is common. Together with the local police, volunteers form patrols from volunteers who follow the schedule in a certain area. All on a voluntary basis, but willing, usually enough. Such patrols are organized as a precautionary measure, for example, if a house is robbed in this or a neighboring area. It is surprising that Americans do not begin to install security doors to their homes, but seek to rectify the situation in other ways and, as volunteers, start patrolling their residential areas, still having flimsy doors. Different approach, right?

Much depends on the welfare of the area. In middle and upper middle income areas, robberies are extremely rare. Everything is integrated here - both the consciousness of citizens and vigilant neighbors. I think that in criminal areas people are less careless.

On the subject: Personal experience: what not to do in America

It is impossible not to note the work of the police in the United States. Patrol cars regularly ply through residential areas and quickly arrive at the call. And, of course, the police themselves are motivated to order in the reporting area, so they react to everything that is suspicious and non-standard.

All sorts of security systems of the new generation are gaining increasing popularity, and it is not necessary to lock the house with a key to feel safe. With the help of installed cameras and sensors that are connected to your phone, you can monitor your 24 home hourly and even from another city.

Fierce competition in the security systems market has a pleasant effect on the price, and they become more and more affordable every year. To attract customers, manufacturers are constantly updating and improving their systems. So, for example, many security systems are already compatible with Alexa (Alexa is a virtual home assistant, very common in America, which reacts to your voice and can control processes in the house). Now you can put the house under protection, giving an order about this to Alex.

Why did the balconies in Russia surprise the American?

What is the difference between apartments in the USA and Russia?

10 things I miss in New York after living in Ukraine

11 wild and expensive places to stay in the USA