Home Page Educational program Without flowers, rulers and parental collections: 7 differences of the American school from the Russian

The system of American education is fundamentally different from the Russian one. Emigrant.guru offers to understand the difference between the schools of both countries. 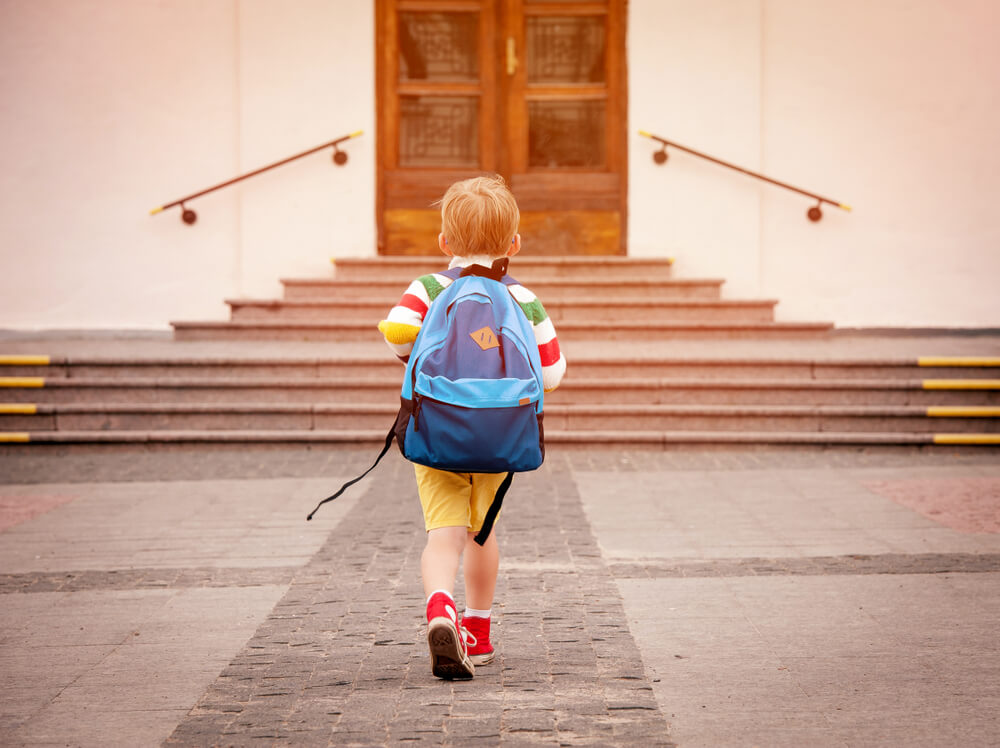 In the US, children go to school from early August to mid-September.

In America, there is no single day to start the school year. Each state defines these dates in its own way. Beginning of classes can vary from mid-August to early September. Accordingly, studies end either in early June or near the end of the month.

In schools there are no solemn rulers and school uniforms. Teachers are not allowed to give flowers on this day. The only difference between the first school day and the rest is that on this day, parents can spend the child. On ordinary days, a special bus arrives for the children.

There are compulsory and optional subjects in high school

There are basic subjects in the American education system that all students must attend. In addition to them, each student chooses several additional courses that he will attend during the school year. Based on the results, a schedule is drawn up so that it is convenient for everyone to attend classes.

Such groups of subjects are offered: natural sciences, humanities, mathematics, a foreign language, art and physical education. To enter a university, you need to score a certain number of points that the student receives for each subject.

On the subject: Lesson rap and class passes: 16 of the main differences between Russian and American schools

In senior "grades" there are no classmates

If the kids are in the same class, then from 11-12 years old, children in American schools do not have a stable team and class teacher. As we have already mentioned, each student independently chooses the subjects he plans to attend. In addition to the main lessons, there are many circles: music, theater, discussion clubs or sports.

As a result, the guys are constantly moving between rooms. "Classmates" in American schools can be called students who go to the same subject or in a circle. Teenagers communicate in small groups, which helps them feel stability in a changing environment.

The handwriting doesn't matter in the US

Unlike primary classes in Russia, younger students in America write in block letters. There are no words in the classes. The task of children is to write as much as possible. At the same time, teachers do not focus on grammatical and spelling errors. In the first grade, kids learn to write with pencils, not pens.

In America, do not voice ratings for the entire class

The country has a point system in which the result is indicated by the letters "A", "B", "C", "D", "F". “A” is the highest score, and “F” is the lowest. Grades for work and homework are put on the sheet and on the child’s report card. Parents receive four such timesheets per year.

The teacher does not read the results of the children aloud. Everyone must score a certain number of points in order to enter the university for free. But the admission to the university is affected not only by school grades, but also by the number of subjects studied.

Teachers communicate with parents only privately

There are no parent meetings in American schools. All discussions of the behavior and performance of each child are held at individual meetings of his parents with the teacher. Such meetings are held 2 or 3 times a year. If necessary, meetings by the parents or school may take place outside the established schedule.

During the year, information sessions are organized where adults are told about certain areas of the school. For everything else, use email.

The task of education in the USA is to prepare the child for life in society, and not to load the head with knowledge. There are general requirements for the subject, but each teacher has the right to make changes to the program and teach in his own way. Students are perceived by adults as individuals and are considered with their position. Therefore, teachers build trusting relationships where every child can come up for advice or express an opinion without fear of being ridiculed.

Schools in America teach children practical skills: formulate an opinion, seek information, and defend their point of view. This approach helps children to be more independent in adulthood.

Learn how much you will earn after graduating from college in the USA.