Home In the U.S. Biden spoke to Putin for the first time: in the White House and the Kremlin, the conversation was retold in different ways

Joe Biden phoned Vladimir Putin for the first time since his election as President of the United States and, among other things, expressed concern about the arrest of opposition politician Alexei Navalny. The White House and the Kremlin retell this conversation in different ways, writes Air force. 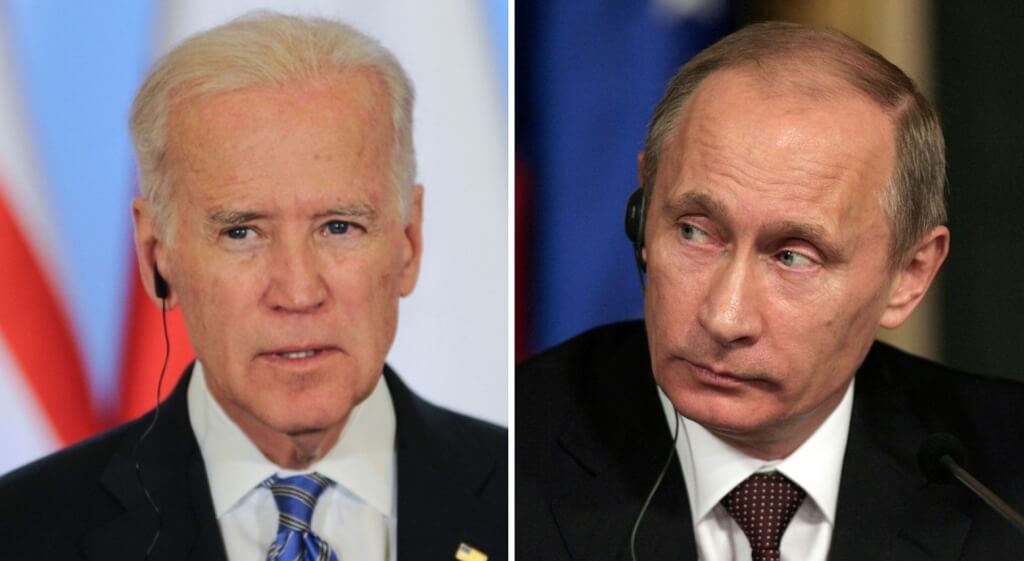 White House spokeswoman Jen Psaki said that President Biden, in a conversation with President Putin, raised the issue of Russian interference in the US elections in 2020, cyber attacks and the detention of Navalny.

Biden called in the afternoon with the intention to discuss the readiness to extend the Strategic Offensive Arms Treaty (START) for five years, as well as to reaffirm strong support for Ukraine's sovereignty, Psaki said at a White House briefing.

On February 5, 2021, the Strategic Offensive Arms Treaty between Russia and the United States expires. Biden's team reported that the new president still wants to extend it.

“I believe that we can act in the common interest of our countries, as part of the new START agreement, and at the same time make it clear to Russia that we are very concerned about their behavior, whether it is Navalny, [hacker attack on] SolarWinds, or reports of awards for heads of Americans in Afghanistan. I asked the relevant services to study each of these issues in detail, tell me exactly what the state of affairs is, and I will not hesitate to raise these issues before the Russians, ”Biden said.

On the subject: Severe detentions, beatings and injuries: how were the actions in support of Navalny in Russia

The Kremlin's statement released a little earlier does not say anything about Navalny.

“Vladimir Putin congratulated Joseph Biden on the beginning of his tenure as US President. He noted that the normalization of relations between Russia and the United States would meet the interests of both countries and - taking into account their special responsibility for maintaining security and stability in the world - of the entire international community, ”the message says.

In addition, the Kremlin press service informed that Russia and the United States exchanged diplomatic notes on Tuesday on reaching an agreement on the extension of the Strategic Arms Treaty, and Putin and Biden in a telephone conversation expressed their satisfaction in this regard.

It follows from the statement that Moscow and Washington must complete all the necessary procedures to extend the agreement in the coming days.

Putin has already submitted to the State Duma for ratification an agreement on the extension of START-3.

According to the Kremlin, the first conversation between Presidents Putin and Biden also touched upon the US withdrawal from the Open Skies Treaty and "the problem of preserving the Joint Comprehensive Plan of Action on the Iranian nuclear program."

The Kremlin confirms that the presidents spoke about Ukraine as well - the statement calls this "an internal Ukrainian settlement."

Putin, one of the last world leaders, congratulated Biden on his victory in the presidential elections on December 15.

The Russian president denies any involvement of the authorities in the poisoning of Navalny.

Navalny returned to Russia on January 17 and was detained at Sheremetyevo airport. He was taken into custody in the Matrosskaya Tishina pre-trial detention center. The Federal Penitentiary Service accused him of not being registered with the inspection and demanded that he be replaced with a real suspended sentence in the Yves Rocher case.

January 23 in Moscow and dozens of large cities of the country passed thousands of protests in support of Navalny.

Putin said yesterday that the protests must be within the law. He also commented for the first time Navalny's film about the palace in Gelendzhik, stating that he did not belong and does not belong either to him or his relatives.

“On the whole, the conversation between the leaders of Russia and the United States was of a businesslike and frank nature. It was agreed to maintain contacts, ”the Kremlin summed up.

Homes for tens of millions of dollars: luxury real estate of the Nazarbayev family in the USA

Putin gave all ex-presidents of Russia immunity from criminal prosecution