Home In the U.S. Biden becomes the first US president to recognize the Armenian genocide

Biden becomes the first US president to recognize the Armenian genocide

More than a century after mass deaths by Ottoman forces, Joe Biden became the first US President to officially recognize the Armenian Genocide. Thus, he opened the gap between the new US administration and Ankara. Writes about it The Guardian. 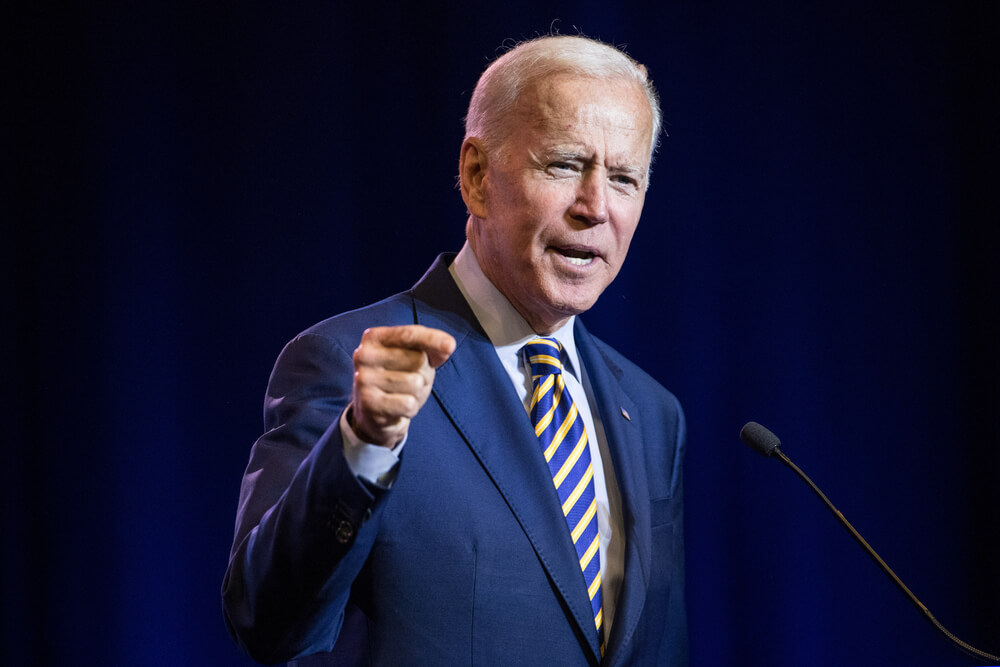 “The American people honor all Armenians killed in the genocide that began on this day 106 years ago,” Biden said in an April 24 statement. "Since April 24, 1915, when the Ottoman authorities arrested Armenian intellectuals and community leaders in Constantinople, one and a half million Armenians have been deported, killed or sent to their death in a campaign of extermination."

Biden called Turkish President Recep Tayyip Erdogan on Friday, April 23 to inform him that the United States would make this announcement on the 106th anniversary of the genocide. The conversation was reportedly tense and the issue was not mentioned in official records.

“Words cannot change or rewrite history,” Turkish Foreign Minister Mevlut Cavusoglu tweeted. “We have nothing to learn from anyone else from our own past. Political opportunism is the greatest betrayal of peace and justice. We completely reject this statement based solely on populism. "

The Foreign Ministry's statement says: “It is clear that this statement has no scientific and legal basis and is not supported by any evidence. This announcement opened a deep wound that undermines our mutual trust and friendship. We call on the US President to correct this grave mistake. "

On the subject: 'Let's respect each other': how Armenians and Azerbaijanis live side by side in Georgia

A senior US administration official stressed that Biden would have made the announcement regardless of the state of relations with Turkey.

“This is something that has been a deep conviction of President Biden for a very long time - ever since he was in the Senate, and it was a position that he made very clear during the campaign,” the official explained.

“I would say that we are also in a moment where people are struggling with their history and the influence of these stories. Therefore, I think that even from a historical point of view, now is the right moment for this, ”he said.

Turkey's status as a NATO member and longtime regional ally prevents US presidents from making an official statement. But relations between Washington and Ankara have deteriorated sharply in recent years.

The declaration marked the culmination of decades of lobbying by Armenian-American organizations.

“This is a critical moment in protecting human rights,” said Brian Arduni, head of the Armenian Assembly of America. - It's been a long journey. President Biden stands firmly against a century of denial and charts a course for human rights everywhere. ”

The murder of about 1,5 million Armenians was committed during the collapse of the Ottoman Empire and the emergence of the modern state of Turkey. Many victims died on death marches in the Syrian desert. The event is widely regarded as a crime of monumental proportions and a dark harbinger of the Nazi Holocaust.

Ronald Reagan casually mentioned the Armenian genocide in his 1981 Holocaust declaration, but this was not followed by official recognition. Barack Obama promised the American Armenians that he would take this step, but after taking office, he refused - not wanting to upset his ally. In 2019, both houses of Congress declared genocide recognition despite Donald Trump's attempts to stop them.

Soner Chagaptay, a Turkish political analyst, said that Biden's declaration would mark a momentous moment in relations between Ankara and Washington, but stressed that economic considerations could force Erdogan to downplay an issue he previously viewed as an attempt to undermine the legitimacy of the modern world.

“This is not the first time the US president comes to power and promises to recognize the Armenian genocide,” Chagaptai said. - Previously, the following happened: as soon as these presidents took office, government departments informed them that this should not be done. Now this is not happening, and this is due to a change in the views of the United States within Washington. Turkey is now one of the least favorite countries, especially in the Pentagon. "

According to him, Turkey's decision to purchase the Russian S-400 air defense system was the main reason for the change in attitude. Political disputes over the Kurds and the Islamic State also played a role.

Administration officials noted: Biden sought to soften the impact on relations with Ankara; he stressed that the genocide was carried out before modern Turkey was born and that the emphasis was not on guilt but on memories.

“The statement is very clear that the purpose of this was not to blame,” said a senior official. - It tells about the atrocities of the Ottoman era. And I think this has indeed been done in a very principled way to focus on the legacy of these atrocities as well as the future - in the hope that we can continue to prevent such atrocities from happening again. ”

On the subject: Los Angeles is the second Armenia: how Armenians live in the USA

Most historians agree that during the First World War (1914 — 1918) hundreds of thousands of Armenians died during the mass deportation from Anatolia.

According to the International Association of Genocide Researchers (IAGS), more than a million people died. Many historians call the figure 1,5 million victims.

Turkish historian Taner Akçam, a professor at Clark University in the United States, has published documents that prove that the massacres of Armenians were carried out by order of the authorities of the Ottoman Empire.

Russia, Germany, France, Belgium, Italy, Brazil and other countries officially recognize these events as genocide, as well as the European Parliament.

Pope Francis called the massacre of Armenians the first genocide of the twentieth century.

The Turkish authorities insist that the total number of killed Armenians does not exceed 300 thousand. They do not admit that the targeted killing of Armenians was carried out by order of the Ottoman government.