For the first time since taking office, US President Joe Biden approved a military operation. On his orders, air strikes were carried out in Syria. This provoked a sharp reaction from Moscow. The edition told in more detail with the BBC. 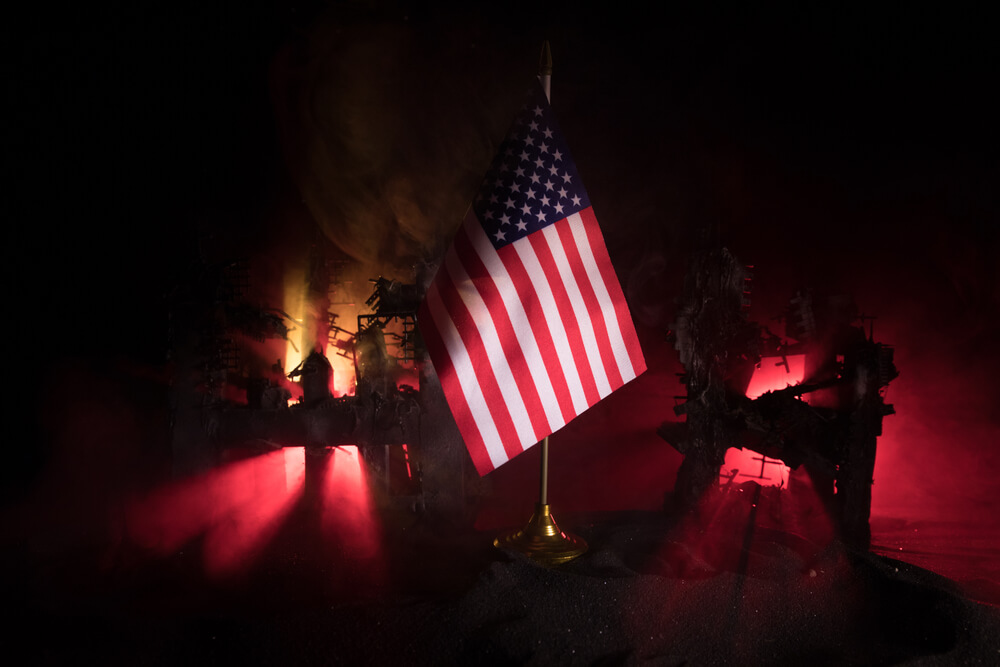 The head of the Russian Ministry of Foreign Affairs (MFA), Sergei Lavrov, said that the Russian military in Syria was warned minutes before the strike.

The Pentagon said the airstrikes in the Syrian-Iraqi border were in response to recent attacks on US troops and their allies in Iraq.

As a result of the operation, a number of objects were destroyed that were used as a staging post for groups of pro-Iranian militias, including Kataib Hezbollah and Kataib Sayyid al-Shuhada. In Syria, they support President Bashar al-Assad.

In February, US targets in Iraq came under attack. An American soldier was wounded as a result of rocket attacks on a coalition military base in Erbil. The US bases in Baghdad also came under rockets, including in the so-called green zone, where the US embassy and diplomatic missions of other states are located.

The Pentagon said the United States carried out a "commensurate military response", which was given "along with diplomatic measures, including consultations with coalition partners."

On the subject: Conflict of the US and Russian military in Syria: the versions of the parties are very different

“This operation sends a clear message: President Biden will protect US and coalition troops. At the same time, we acted with all determination to de-escalate the overall situation in both Eastern Syria and Iraq, ”said Pentagon spokesman John Kirby.

According to US media reports, the strike killed at least one Kataib Hezbollah member and wounded four others. At the same time, the British-based Syrian Human Rights Monitoring Center reports that more than 20 people may have been killed in the airstrike.

In Russia, they were offended that they were warned late

Russian Foreign Minister Sergei Lavrov said that the United States had warned the Russian military about the impending attacks on Syria a few minutes before they were delivered.

“Our military was warned four or five minutes in advance. Of course, even if we talk about deconflicting, as is customary in relations between Russian and American military personnel, nothing gives this kind of notification when a blow is already being struck, ”Lavrov said at a press conference in Moscow.

“This concerns the military side of the matter. But in no case can it be considered in isolation from the factor that the United States is in Syria illegally, in violation of all norms of international law, ”he added.

The minister also said that Moscow is going to ask the Americans about their plans for a presence in the country, as it receives information that "they are making a decision never to leave Syria at all, even to the point of destroying this country."

Earlier an anonymous diplomatic source to RIA Novosti said: “The blow was struck on the territory of a sovereign UN member state. This is an unacceptable violation of international law. ”

Russia has the Khmeimim airbase in Syria. Russia began its military operation in the country in September 2015, sided with President Bashar al-Assad. Thanks to Moscow, Assad's army was able to recapture the previously lost regions of the country.

Russian President Vladimir Putin has repeatedly stressed that the Russian operation is taking place within the framework of international law, since the Russian military was invited by Assad.

“We are very closely monitoring the situation on the spot, we are in constant contact with our Syrian colleagues,” said Dmitry Peskov, Putin's spokesman.

The Syrian Foreign Ministry condemned the US strikes and said that they were contrary to international law.

“How information about this strike is disseminated is probably more important than it itself. It took 10 days between the occasion - the missile attack in Erbil and retaliation. The head of the US Department of Defense noted the assistance of the Iraqi government in gathering intelligence. The Pentagon said that the air strikes were carried out, but at the same time, diplomatic measures were also applied, in particular consultations with coalition partners, says diplomatic correspondent Paul Adams. - The airstrikes were not carried out on Iraqi territory, which minimizes the embarrassment for the government in Baghdad. Washington appears to be trying to act in contrast to the more unpredictable and unilateralist previous administration. But while the Biden administration is looking for ways to reactivate the 2015 Iran nuclear deal, these strikes, among other things, send a signal to Tehran: just because we are ready to negotiate does not mean that your proxies in the region can do whatever they want. ”