Home In the U.S. Biden began to cough frequently during speeches: Americans were puzzled by the question of the president's health

Biden began to cough frequently during speeches: Americans were puzzled by the question of the president's health

When US President Joe Biden addressed Americans on December 21 about his administration's response to the recent spike in COVID-19 cases, many social media users raised concerns about the president's own health due to his persistent coughing during his speech. Writes about it New York Post. 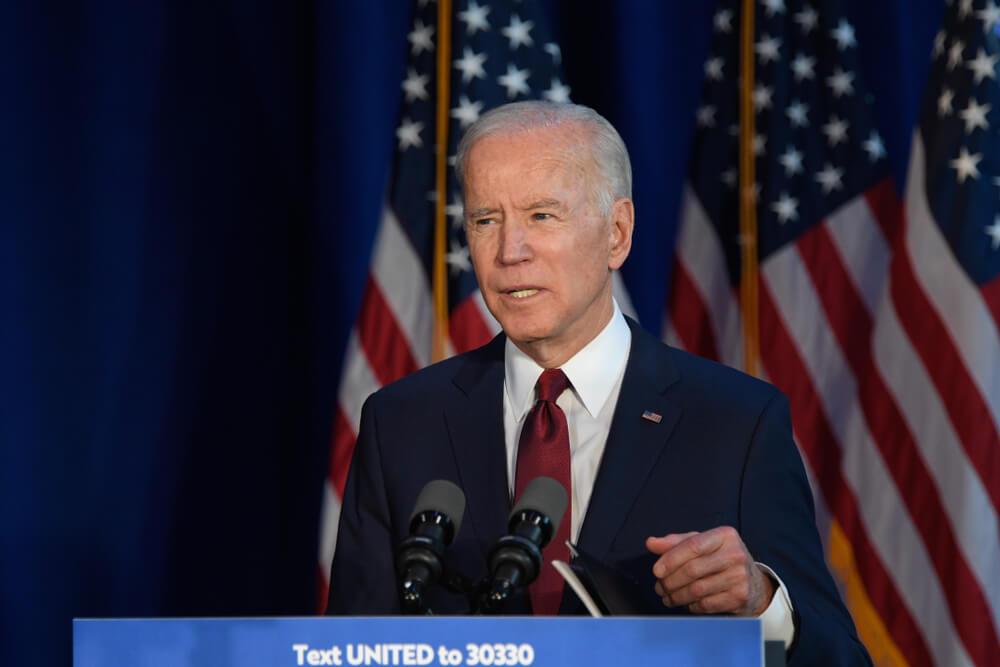 Biden's message, in which he announced that the federal government will send 500 million rapid tests for COVID-19 as early as next month, will create federal testing centers in New York and other hot spots, and will mobilize 1000 military medical personnel as needed. for overcrowded hospitals. These measures will be taken as the omicron variant of the coronavirus is spreading rapidly across the United States.

During his speech, Biden coughed and apologized twice.

“I know that there are some regions of our country where people really want to get their booster vaccine, where it is more difficult to get an appointment,” and immediately coughed into his hand. “Sorry,” he said.

After a while, the president coughed again when it came to vaccination sites to be set up by the Federal Emergency Management Agency.

“We opened it,” Biden coughed again and immediately apologized. “We recently opened FEMA vaccination sites in Washington State and New Mexico as cases have increased. And today I am instructing FEMA to open new points. "

In recent months, Biden has struggled with a persistent cough, both during speeches and during conversations with reporters. In November, White House physician Dr. Kevin O'Connor admitted, "The President is experiencing an increasingly frequent and severe sore throat and cough while talking."

On the subject: Biden to send Americans home half a billion coronavirus tests

O'Connor went on to say that the tests confirmed the previous diagnosis: the cough was caused by gastroesophageal reflux.

Biden said that it was all because of the cold he caught from his grandson.

At the time, O'Connor published president's health statement, which said that he was just "experiencing some stuffy nose and a slight sore throat."

Shortly before the speech, White House press secretary Jen Psaki assured reporters that Biden "does not have these symptoms."

Still, Biden's cough has caused concern for many, especially with what he said about the nationwide health crisis.

“It's not entirely encouraging that Biden is coughing as he talks about what to do to protect himself from COVID-19,” reporter Tammy Bruce said.

“Biden kept coughing throughout this desperate speech. It was a complete failure, "- tweeted reporter Ryan Saavedra.

“Biden is constantly coughing and clearing his throat when making a speech about COVID-19,” said former Treasury assistant Monica Crowley.

“This cough from Biden is not very encouraging,” wrote Matt Barlett, content director at Topic. In a subsequent tweet, Bartlett urged the president, "Please take a sip of water."

Podcast host Liz Wheeler criticized the head of the White House for coughing into his hand as he delivered his speech.

“Biden is coughing into his hand while berating the unvaccinated for the spread of COVID-19,” she wrote.

MSNBC Daily writer Hayes Brown posted a GIF of two characters from the TV show Supernatural grimacing and looking worried: "I am every time Biden coughs or clears his throat while performing."

After that, the White House reported that Biden had a negative PCR test for COVID-19.

Participation in the 2024 elections

Among other things, Biden said that he plans to run for a second term in 2024, if health allows, writes Fox News.

That was his response to a question from ABC News anchor David Muir, who asked the president if he intends to seek re-election, especially in light of the promise made in 2020 that he will serve for eight years if elected.

“Yes, but I have a lot of respect for fate,” Biden replied. - Fate intervened in my life many times. If I am in the same condition as now, if I am in good health, then I will take part in the race again. "

Last week, White House Deputy Press Secretary Karine Jean-Pierre assured the White House press office that Biden intends to run for re-election in 2024 alongside Vice President Kamala Harris, despite a report from The Wall Street Journal in which Harris said otherwise. : she and Biden won't do it.

Muir also asked if Biden would run again if Trump opposed him in 2024.

"Certainly. Why don't I compete with Donald Trump? On the contrary, it will increase my prospects for running, ”Biden replied.

Regarding whether his administration's response to the rise in omicron cases was adequate in light of the lack of rapid home testing kits, Biden did not say that his administration had failed, but expressed regret at not ordering more kits sooner.

“Three days before Christmas, if you look at the whole country, it’s the same everywhere: long lines, people in the freezing cold wait outside for hours to get tested and calm down before spending time with their family,” Muir said. - If you go to the pharmacy, we hear everywhere: empty shelves, no test kits. Is this a failure? "

“I don’t think this is a failure,” Biden replied.

Biden to send Americans home half a billion coronavirus tests

Green card and marijuana: how legal cannabis threatens an immigrant

The first dog of the country: a new pet has appeared in the White House

The Biden administration closes and softens the cases of illegal immigrants: two were even returned to the United States after deportation